Ikenna Okeh is a poet and novelist based in Cyprus. He's written and published two narrative verses which are likened to Homer's Iliad.

Once I had a chat with someone who’d lost taste in Hip Hop for the reason that he believed the genre to have lost its essence and instead served for derogatory purposes. All the same, he expressed hope in pointing that this generation is seeing some artists coming back on track. Surprisingly this outlook, to a great extent, mirrors the theme of J. Cole’s ‘Middle Child’. You can’t help but identify with the lyrical content even as you savour the musical entertainment you are being treated to.

What's The Worth Of The Lyrics?

‘Middle Child’ is a song in whose lyrics the listener is to find a generous measure of essence. It makes a stand against the societal wrongs which Hip Hop has served to glorify – avarice, consumerism, gun violence, distorted self image. And then it extols the virtues of hard work and tenacity upon which legendary Hip Hop figures had built their name.

"... Everything grows, it's destined to change
I love you lil' niggas, I'm glad that you came
I hope that you scrape every dollar you can
I hope you know money won't erase the pain
To the OGs, I'm thankin' you now
Was watchin' you when you was pavin' the ground
I copied your cadence, I mirrored your style
I studied the greats, I'm the greatest right now
Fuck if you feel me, you ain't got a choice
Now I ain't do no promo, still made all that noise
This year gon' be different, I set my intentions
I promise to slap all that hate out your voice ..."

On Instrumentals And Vocals

The short instrumental intro suits the purpose – setting the right mood and building effortlessly into the song. I find it quite theatrical. And talking about instrumental accompaniments, it’s a tasteful assortment of sounds, mellow, with a solid bass that lends an assured balance to the rhythm. It does not compete with the artist’s vocals, but lends its complementary weight and flows in par with the dynamics of the song laudable for its riveting qualities. This testifies to informed sound production.

Very much noticed is the ease with which J. Cole delivers his rap lyrics. It comes to him natural and laden with feeling. His vocals are honest and quite easily communicate the mood of the song. There’s rhythm in his delivery of rap lyrics. You can’t help but feel it, for it’s not covered up by the instrumentals, but complemented by it instead.

Will I Recommend 'Middle Child' To You?

Overall, I like this track. I stumbled upon it and have had it on replay for most of the day. The artistic quality is top notch and the theme of the song is socially relevant both as an instrument for moral guidance and as some edifying entertainment in street parlance. I will recommend it for any Hip Hop enthusiasts looking to listen to songs with rich lyrical and artistic worth. 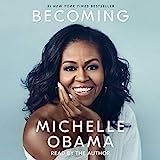