Reasons for a Tribute to Rina Kawaei

It is time for a Rina Kawaei tribute on this day May 21, 2019. The day itself is not significant but one of the reasons for this tribute is because Kawaei is the next former Japanese idol singer to get married! Rina Kawaei was one of the hottest Japanese idols at the time I began covering her career sometime in 2012. She made her debut with AKB48 in July 2010. This tribute will focus on her accomplishments as a member of AKB48s well as that exciting news in her personal life. Besides her marriage announcement at the young age of 24, Kawaei has gone through adversity and had to deal with a brutal attack by a crazed fan that left her injured and traumatized her enough so that she could not bring herself to attend AKB48 handshake events any longer. Her career with AKB48 ended rather sadly but at least she will be a very proud wife and mother by the end of 2019.

A First Look at Rina Kawaei

What Was one of the Biggest Accomplishments for Rina Kawaei?

Even before she left AKB48, Kawaei was also acting. In 2014, she starred in a drama called Gomen ne Seishun. In that drama, Kawaei played the role of one of the girls at an all-girls Catholic school. Kawaei graduated from AKB48 in August 2015 after only 5 years in AKB48 but I will always regard her as one of my favorite AKB48 girls of all time. In January 2016, Kawaei released her essay book called Korekara. In the book she talked about the dating ban that was set in place by AKB48’s management.

Who Did Rina Kawaei Get Married To?

As for the marriage news, Rina Kawaei and actor Tomoki Nagase have registered their marriage. In addition to this, Kawaei is now pregnant and she is scheduled to give birth at the end of 2019. It was also revealed that Kawaei will continue her acting work while monitoring her health in the meantime.

How Did Rina Kawaei Meet Her Future Husband?

Nagase and Kawaei were co-stars in the stage play called “Karephone” and this play was shown in Shanghai, China. At the time they started dating and began to think about marriage. Congratulations to the very cute Kawaei as she is about to begin a new phase in her life.

Rina Kawaei Stars in a Promotional Video for Singer Ayaka

It was also reported that in March 2018, she starred in the short movie promotional video for Ayaka’s graduation song called Sakura or cherry blossom in English. This is not any kind of ordinary video however. It is a video that tells the story of a young girl named Natsuki (played by Kawaei) that loses her only friend Niki before she graduates from high school. She is unable to deal with her friend’s sudden death but she makes sure that she will have the resolve to move forward. Kawaei herself said that graduation is a big step but it is also the path to establishing a new self. She hoped that people that watch this will be able to have a more positive mindset moving forward.

Rina Kawaei Has Given Birth to a Child

Note: as of November 9, 2019, Kawaei has announced that she has given birth to a baby! Kawaei herself released a public statement saying: "At this time, I have given birth to my first child. Thankfully, both myself and the baby are healthy. Every day that we spend together has been full of happiness." She continued, "I will continue to do my best so please watch over us warmly,” (Kawaei, 2019).

The 2014 AKB48 Senbatsu Election would unfortunately be the last election that Kawaei would take part in because of the incident at Iwate Cultural Center which could have tragically ended her life. But she survived that horrid attack to establish what looks like will be a very successful acting career! That stated, it should be mentioned that she is proud that her good friend Anna Iriyama has been able to successfully resume her career with AKB48 after that incident I just mentioned earlier. I am also proud that Rina Kawaei was born on the same day February 12th as Abraham Lincoln, one of the greatest Presidents in the history of the United States. Politics aside, Rina Kawaei has shown toughness, resiliency, and determination as she has sung in Japan’s most popular girl group, been one of its most popular members, and she now has an acting career.

A Map of Kanagawa Japan the Birth Place of Rina Kawaei 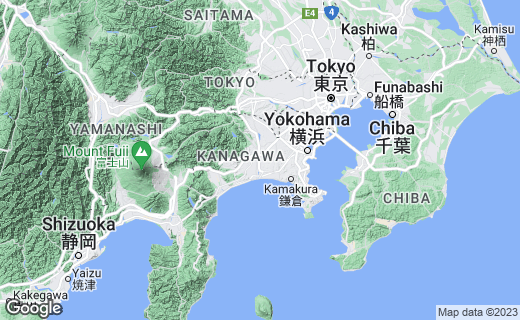