A Tribute to the Best Drummer Ginger Baker

Ginger Baker Had a Special Gift of Rhythm

There are a lot of great drummers. But Ginger Baker is an inspiration because of a certain almost relaxing quality that he brings to the drums. While a lot of drummers are putting speed and power first, Baker put rhythm first. I saw him in the '60s at UCSB before they banned rock concerts because of the political riots. He was with Cream at the time. Of course the most famous member of Cream was Eric Clapton, and for good reason. But Ginger Baker has a certain quality that stands out in a rock and roll setting. It is almost like the belligerence comes from the singer and guitars, and the calmness comes from Baker's drums. I think he is, for that reason, the greatest drummer ever.

I have been a fan of the drums since I was a kid and saw Buddy Rich on TV. And wonderful drummers have come along since Ginger Baker, especially Jacob Armen and Thomas Lang. But again, they are flashes of brilliance to be sure.

But I think what inspired me as to what drums can do to your soul is Baker's backup in the Cream song White Room. I am sure this song inspired drummers everywhere. It was almost that the drum backup took over the whole song. You can't say that about most drum accompaniment. The video is preserved below, and I hope you take time to view and listen to this great drummer, with and without his great band Cream. My Other Music and Classic Rock Links. Enjoy!

Ginger Baker was born in 1939 in Lewisham, South London, UK. Many have described him as the most influential drummer of the 1960's, and the first great rock and roll drummer. He prefers to be known as a Jazz Drummer, but his contribution to Rock is immeasurable. His lengthy drum solos and his capacity to restrain his drumming led to a certain flow of rhythm that others find hard to duplicate. Cream and Blind Faith were the two most famous bands which have Baker's sound wide distribution.

While Baker was great at the flam, he also had an amazing power and rhythm through the base drums and through his Jazz influence, that made his drum sound flow. That he came to rock and roll with a foundation of Jazz is like Slash bringing a Jazz guitar to Guns and Roses. This is a powerful background that gives an added legitimacy to the rock sound.

Cream and Baker: Sunshine of Your Love 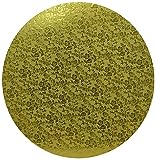