A Sort of Homecoming

It's maybe not full steam head for the ACDC 'Black Ice' Tour since some dates have been cancelled as lead singer Brian Johnson is resting under doctors orders.

But they're back in the USA on their mammoth trek around the world and will be heading south to Latin America before finishing with gigs in Australia in early 2010.

I saw the band in Scotland on a warm June night during the Stadium leg of their European tour. As I stood in Hampden Park in Glasgow and looked around it seemed just about full to the 60,000 capacity of the stadium.

I remember seeing the Eagles there a few years back when there was lots of empty seats but they still pulled in an incredible 44,000 fans. Not bad for a band who had been away for years and with no new music to back up the tour. 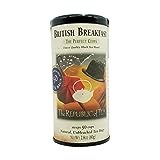 But ACDC had new music from the marvellous 'Black Ice' album.

After a hilarious cartoon of Angus wrecking a train appeared on the big screens the band hit the stage.

A huge locomotive dominated the middle of the stage behind them.

A great song to begin what would be a memorable night.

This was it! This was what we had all been waiting for after more than 8 years of starvation as the boys were back in town.

The Boys are Back in Town

The Young brothers were back in the city of their birth. What a night! What a momentous occasion! I couldn't believe what I was seeing. I really couldn't believe it! I'm running out of exclamation marks!!!!!!

ACDC playing to a crowd of almost 60,000 in Glasgow when their previous best was probably around 10,000 in the local SECC venue. What a band, what a live band! What a crowd and what an atmosphere!

They are without doubt the best band I've ever seen live. I was loving it. I'm in heaven! I'm in Nirvana, I'm beyond Utopia on the far reaches of my own personal paradise on Earth with not a care in the world for two whole unearthly hours of sheer unalloyed euphoria.

Nearly all the big hits were played.

From the incredible 'Back in Black', the wonderful 'You Shook Me All Night Long' to 'Hell Ain't a Bad Place To Be'.

The last which contains their best ever riff in my humble opinion.

Of course engineered by the rhythm guitar of Malcolm Young.

Then there was the momentous 'Let There Be Rock' with Phil Rudd's thunderous drums accompanying the lead guitar of Angus Young.

One of my own personal favourites 'Shoot to Thrill' was included again.

A brilliant song that really rocks but the band slowed things down with the immortal blues of 'The Jack' with the crowd chanting "Jack!! Jack!! Jack!!" accompanied by Cliff Williams seductive bassline.

For added effect there were close-up shots of young ladies on laddies shoulders lifting their t-shirts and exhibiting their momentous talents.

Fire, Flames and Thunder from Down Under

We chanted "Oyy!! Oyy!!" through 'T.N.T', we soaked up the solemnity of the tolling of 'Hells Bells' and the pounding anticipation of the exciting intro to 'Thunderstruck' before the song erupted and the crowd went mad. Later we all sang the chorus of the legendary 'Highway to Hell' as the flames of Hades burned onstage.

You might be shocked then to hear that I would say that it wasn't the best ACDC gig I've ever been to surprisingly, but that's no criticism as they've made themselves a hard act to follow throughout the years.

I think it's maybe time for Brian Johnson to hang up the microphone after 30 terrific years at the helm as I don't think his voice could take another tour.

That's if they ever tour again, we can only wait and see. I also didn't get into the songs 'Black Ice' or 'War Machine', the latter of which was accompanied by a dodgy cartoon and sounded too much like 'Hail Caesar' to me anyway.

However I loved the new song 'Big Jack' another storming chorus and which was really great live.

In Praise of Absent Friends

I've always like 'Dog Eat Dog' but I would have rather chosen some other of their lesser vaunted tunes. In particular since they ignored almost completely any albums between 'Back in Black' and 'Black Ice'.

I may be corrected on this point but I think 'Thunderstruck' and 'For Those About to Rock' were the only tunes that were included from all these albums.

It would have been refreshing to hear something like 'Heatseeker', 'Who Made Who', 'Stiff Upper Lip' or 'Hard as a Rock' as there are many great tunes from that era.

But minor reservations on an otherwise perfect evening. Brian Johnson was still terrific as a front man, even if his voice doesn't pack the same punch of bygone days.

You could tell he was loving it, being here in front of the Glasgow audience as he was smiling all through the gig, headbanging to the music, trademark bunnet upon his head and waving his arms triumphantly at the crowd.

This man was having fun, he was in his element, this guy was loving the moment.

He even gave up the first few lines of 'Whole Lotta Rosie' to the crowd who sang those famous opening words until Brian roared into Rosie's ample measurements.

Behind him a huge inflatable women towered over the stage. But I must admit I'm not a huge fan of inflatables at concerts, they usually just seem ridiculous and this one looked really tacky into the bargain.

It didn't help that dozens upon dozens of folk produced their cameras and video phones to record it in front of were I was.

Put them away! Leave them at home! Don't just stand there motionless, get into the music, feel the riff, dig the beat, let yourself go and lose yourself in the moment.

A Tour de Force from Angus

A minor quibble on an otherwise amazing gig.

It seemed to last for half-an-hour,

It was without doubt the best individual performance I think I've ever seen on stage from anyone, anywhere at anytime.

He ran and ran across the stage and along the walkway through the crowd to a platform that raised him up above his adoring fans.

He then he did his trademark spin on the floor as he tortured that guitar.

With every note his face contorted as he grimaced at the air with his mouth as if his whole body was connected to the fretboard.

Breathing in the night-time fuel to stoke those enormous power chords and earth-shattering, gut-wrenching notes that eviscerated your spine and made you realise you were in the presence of a real master.

He played that instrument and wrenched every wonderful note and sound that he could muster from its red-hot strings as the crowd were roaring and the speakers screaming when he eventually reached the back of the stage.

Now it was our turn to join in as he crashed a note on the guitar and we cheered. Another note, another cheer, only louder.

Angus wanted more, he put his hand to ear as he blasted out another note to a huge roar of approval before he was off again.

Fingers flying across the fretboard as one of the most incredible solos came to it's finale.

What a moment, what a performance, what a star! I was truly taken aback at what I witnessed and stood there cheering loudly and proudly as I was totally gobsmacked at this tour de force.

Fantastic!! Utterly and absolutely fantastic!! I've never seen anything like it.

I've seen so many guitarists on stage showing off their prowess, posing in the limelight as they churn out joyless, hackneyed solos that only serve to give the rest of the band a break and put the crowd to sleep in a mogadonic display of self-indulgent technicality.

But not our Angus, no way, no how! This guy put his all into that solo, he put every breath, muscle and sinew into that epic, unrelenting torrent of metal guitar to burn an eternal memory of that special, that truly special moment in time into our minds and into our hearts.

And if you think I'm exaggerating? Well! You just had to be there. Amateur footage just don't cut it!

For those About to Rock

Time for the 21 gun salute as all good things must come to an end. Despite my little critical points here and there I didn't want this show to end, I didn't want to go home, I wanted to stay, I wanted it to last for ever, but with the last blast of the cannons we knew sadly that it was all over.

Hopefully not forever as there must be plenty more mileage in that pocket powerhouse judging by his solo and plenty more demand for the band if they can fill Hampden Stadium after 30-odd years in the business.

That puts them up there with the Rolling Stones or U2 as not many other Rock groups can draw that kind of crowd to Glasgow.

Brian, Angus, Malcolm, Cliff and Phil, we salute you!!

There was even a deeply poignant moment during a song when the big screens flashed up all of ACDC's album covers.

There was a huge cheer when the 'Highway to Hell' cover appeared.

It was obvious why.

It had that cheeky-faced smile on the right hand side of one John Belford Scott.

It's incredible the affection that he is still held in almost 30 years after his death.

I've been thinking about him a lot recently as I've been enjoying many live recordings of early ACDC performances and although I never saw him live, his personality and charisma come straight through the headphones.

He was an awesome Rock star and still very much missed. I'm sure Bon was looking down on us with that same cheeky smile enjoying this momentous event. I'm glad he was there with us.

I'm certain he was because I'm sure we wanted him to share the wonder of this incredible night. We all still love him, even though he's gone in body if not in spirit.

Other Rock Hubs by Shinkicker