The girl in the picture was remarkable. Haunted eyes, staring right into your soul. Her strength, beauty and fear, anger and so many other emotions were filling the delicate frame.

Though shown on one of National Geographic's most iconic covers, the Afghan Girl was relatively unknown to the world, her name was unknown even to the journalist who photographed the shot.

Her incredible beauty and her stunning eyes captured the attention of the world, focused our attention on the plight of Afghanistan and especially what the women and children had to go through, but for 17 years no one even knew if "Afghan Girl" was still alive. 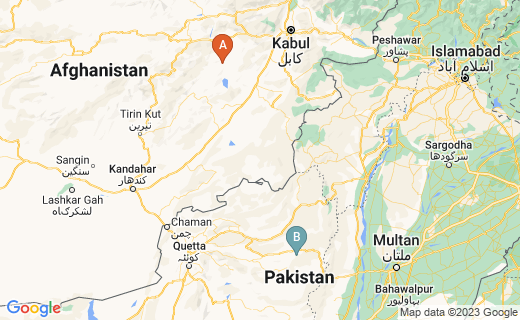 Where Sharbat Gula was born

The Afghan Girl photograph has been compared to the Mona Lisa by Leonardo da Vinci because it shares some similarities.

Each image features a beautiful girl, with her eyes full of emotions. Viewers all see different emotions in each face. To me, both seem frightened and like they want to be gentle, but have to be fierce. Mona Lisa is an older woman, so has developed more of a barrier between our eyes and her emotions, but they are still there and evident with some searching.

Each portrait is iconic in a different way, but even the most casual viewer will see the commonalities in poses and angles and mystery.

It's been said that Afghan Girl is "the First World's Third World Mona Lisa".

He was in Pakistan to take pictures of the war and the people affected by it. Like most photojournalists, Steve McCurry hoped to show the world what was going on and hoped to capture some images to convey the feeling and emotion that ran through the war-torn country. To that aim he traveled around the country, looking for just the right shots of the refugees. Going past a school, Steve spotted a beautiful 12 or 13 year-old girl with stunning eyes. McCurry took a few shots, then left, not knowing what he had captured and neglecting to even get the girl's name.

In June 1985, one of the pictures of the girl was put on the cover of National Geographic magazine and people reacted. Something about the image, the raw emotions visible in her face made people sit up and take notice. Everyone wanted to know who she was, and many wanted to know what they could do to help her. The Middle East has always been a contentious place though, and the area was locked down tight. There was no way to get in and find out anything more about the nameless, young woman who came to be known simply as Afghan Girl.

Then terrorists attacked the United States and we went to war. Though little good ever comes from war, one thing that happened was that Afghanistan was opened up again and again the possibility rose of finding the little girl. 17 years had passed though, and the refugees had such hard lives. It was unlikely she was even alive, but if she was, how could they ever find her when they didn't even know her name? How do you find one nameless refuge, one of many, from so many years ago? It was such a long-shot, but they felt like they had to try.

Steve McCurry and a group from National Geographic traveled to Pakistan, they passed out flyers and made contact with people. Suddenly, they realized they had a problem, women were coming from all over claiming to be Afghan Girl. Using scientific tests and in some cases, just looking at the women proved none were the Afghan Girl from the picture. Just about to return home, they were told again that someone knew the woman in the picture. The group thought it was just another false alarm until the woman's brother showed up and he had the same, incredible eyes. Then the woman arrived from Afghanistan, where she had been living and they were finally able to meet Sharbat Gula.

National Geographic: The Search for the Afghan Girl - On DVD

Search for the Afghan Girl

National Geographic put out the story of Sharbat Gula on video. It's especially good for teachers.

Poised for the Results

But Was It Really Her?

Was Sharbat Gula really the Afghan Girl? She looked very much like her, but so many years had passed and they had seen similar looking girls and been disappointed.

National Geographic used a special test to confirm that the iris patterns in Sharbat Gula's eyes were the same as those of the Afghan Girl, and since iris patterns are as distinct as fingerprints, they knew she really was her.

They had found the Afghan Girl!

17 years had passed. That is a long time in a war-torn country. They were amazed that the Afghan Girl was alive at all since so many other people had been killed.

The Afghan Girl's beauty and proud profile come to her naturally. She is of the Pashtun ethnicity, a people known as warriors and rulers. Their history is so ancient little is known about their origins, though they have occupied the Afghan region for hundreds of years. Many other groups including the Mongols, Turks, Arabs, Hephthalites, Kushans, Medes, Persians, Greeks, Indians, and more recently Western world peoples, have invaded, but the Pashtuns have continued, perhaps incorporating some genetic material along the way.

The Pashtun populate much of Afghanistan and Pakistan, and tend to comprise the ruling classes. Their unique looks have led to many of them becoming Bollywood superstars as well, including Dilip Kurnar, Feroz Khan, and Shahrukh Khan.

Afghan Girl was photographed by Steve McCurry, a photojournalist who covered numerous wars and who is best known for his shot of Sharbat Gula. His work has been featured worldwide and he has won several awards.

McCurry tries to focus on the people impacted by war. He feels that the human face shows so much of the repercussions of being caught in the turmoil.

Another Amazing Photograph by Steve McCurry

Portraits - A Book by Steve McCurry

The man who photographed the Afghan Girl shares some of his other beautiful portraits. 512 pages and it comes in hardcover.

Sharbat Gula humanized and gave a face to the Afghan war. People dying far away were just numbers, but she gave them a face, made the nameless people dying in the war people to care about. That one image made a huge difference in how we viewed Afghanistan and the Middle East.

And like many great works of art, the famous photograph of Sharbat Gula is an inspiration for many. It seems to cause a need to try to capture the unique emotions that her photograph exhibits and the emotions it makes us feel.

Though Sharbat Gula's beautiful face got her story attention, there are numerous other Afghan girls out there. Read some of their stories and learn more about what they've had to go through. 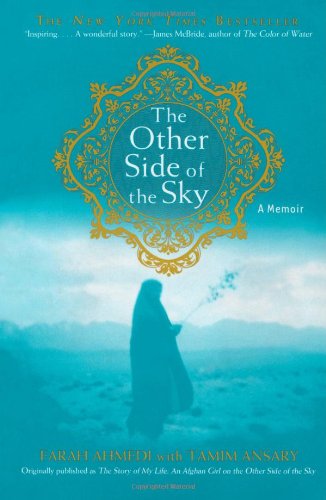 The Story of My Life: An Afghan Girl on the Other Side of the Sky
Buy Now 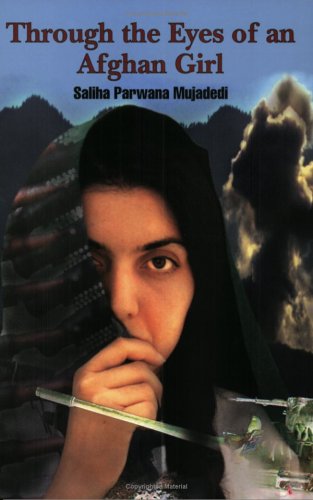 Through the Eyes of an Afghan Girl
Buy Now

Inspired by Sharbat Gula and serving in Afghanistan with the Navy SEALs, Afghanistan-native Fareed Osman started the Sharbat Gula Justice Center, created to help the women of war-torn Afghanistan. It is now educating and empowering women world wide.

In honor of Sharbat Gula, National Geographic started the Afghan Girls Fund, which in 2008 expanded to include boys and became the Afghan Children's Fund (or ACF). Get more information or donate by clicking here

What do you think of Afghan Girl?

However Tall the Mountain: A Dream, Eight Girls, and a Journey Home

Read another inspirational story about survival despite the odds.