A Brief Introduction To Aiko Kaito

Aiko Kaito (sometimes referred to as Aiko Kaitou) is no ordinary Japanese celebrity. She is really talented being both an actress and an anchorwoman on TV as a weather caster. She was born on January 25, 1984 in Chiba Prefecture. These days, fans are hearing a lot about celebrities from that area of Japan. She stands at 158 centimeters tall and has the type B blood type. Her zodiac sign is Aquarius. Kaito is under contract with the talent agency called Cent Force. She forecasts weather for Japan’s Fuji Television.

Aiko Kaito in a magazine back in 2009

The Significance To Asia's Popular Culture For Aiko Kaito

Why is Kaito significant to the popular culture of Asia? When you are able to forecast the weather, sing, and do fashion modeling seemingly all at once, you not only make yourself a more diverse celebrity, but you also provide valuable information to the public about preparing for one of the facts of life: being able to prepare adequately for what the weather may be.

Aiko Kaito And Her Acting Work

Her TV drama roles include roles in Train Man, The Bride and Her Father, and Full Throttle Girl. Aiko has also done the voice in the animated movie called “One Piece Film: Strong World” in 2009 and Bayside Shakedown 3 in 2010. In addition to these appearances, Kaito has also had a role in The Handsome Suit also starring famous Japanese supermodel Nozomi Sasaki. Her latest TV drama role at the first draft of this writing was in Zenkai Girl. In early 2016, Kaito starred in a mystery and crime TV series called Yamaneko The Phantom Thief.

What Does Aiko Do For Hobbies?

When she is not busy acting or forecasting the weather, Kaito enjoys playing the Flamenco guitar and violin, collecting glasses, and listening to music. She is skilled in calligraphy. Kaito has a degree in literature from Waseda University. Besides her work as a movie actress and weather caster, Aiko is an interesting celebrity because she has taken her talents to the fashion side of the entertainment industry as well.

A Look At Aiko Kaito In Photos

Aiko Kaito And Her Fashion Work

In 2010, she appeared in a 2 CD set of the various uniforms that she has worn on her morning program called “Mezamashi TV.” The CD set has the segment called Gaku Navi which aired from October 2007 until September 2009. That part focused mainly on high school students and club activities. There were famous songs from the 1980's and 1990's that were used as background music on that morning show. 16 tracks are on each of the 2 CD's. Kaito is seen on the cover of the albums in a high school uniform. The CD also has a DVD of the Gaku Navi segment which Kaito narrated 20 episodes. The CD's were released on March 3, 2010.

A map of Chiba Prefecture, the birthplace of Aiko Kaito 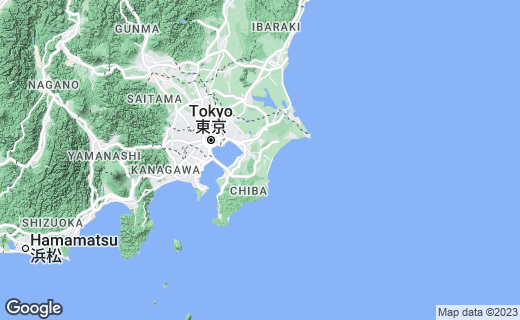