Aishwarya Rai: The most Beautiful Women In The World

Aishwarya Rai was born on 1st November 1973, in a Tulu speaking Bunt family at Mangalore, India. She has one elder brother Aditya Rai, who is an engineer in the merchant navy. She did her primary schooling in Mangalore. The family then shifted to Mumbai when Aishwarya was a teenager. She finished her high school and college education in Mumbai, securing 90% marks in HSC exams. She trained classical dance and music for 5 years during her teenage. Later, she gave up her educational dreams to pursue a career in modeling.

In 1991, she won an international super model contest organized by Ford. Eventually, she was featured in the Vogue Magazine. Rai gained a huge popularity and recognition when she appeared in a Pepsi commercial.

In the year 1994 Miss India pageant, Rai won the second place next to Sushmita Sen and was crowned Miss India World and also won 5 other minor titles like Miss Catwalk, Miss Miraculous, Miss Photogenic, Miss Perfect Ten, and Miss Popular. She represented India in the Miss World pageant held in Sun city, South Africa and won the crown. She also won 'Miss Photogenic' and 'Miss World Continental Queen oF beauty-Asia and Oceania'. On her winning the title, Rai spoke about her dream of world peace and her desire to become the brand ambassador of peace during her one year reign in London. She continued to be a model until she became an actress.

Beginning of the Acting career in 1997:

Aishwarya Rai was adored for her blue eyes and stunning looks in the whole world as well as in the film industry. She made an acting debut with a Tamil film 'Iruvar', a political drama. Due to her poor Tamil accent, her dialogues were dubbed by other Tamil actress. At the same time, she made a debut in Hindi film industry (Bollywood) with the film, 'Aur Pyaar Ho Gaya'. Both these films hit commercial failure. However, she won a Screen Award for Best Female Debut. Her next film 'Jeans' was a box-office success, gave her popularity. The subsequent film was a commercial failure. She was reviewed negatively, doubting her acting ability.

Turning Point of the career:

In 1994, Aishwarya starred in a romantic drama 'Hum Dil De Chuke Sanam' that became a significant turning point in her career. The film emerged as a big commercial success and won her 'Filmfare Award' for Best Actress. Her next film 'Taal' also performed well, giving her a recognition as a great dancer. Rai received a second Best Actress nomination at the Filmfare Awards ceremony.

Then onwards, Aishwarya Rai continued acting in many films, both in Hindi and Tamil. She acted opposite many leading actors of the Bollywood film industry like Salman Khan, Shah Rukh Khan, Akshay Kumar, Hrithik Roshan, Ajay Devgan and so on. The film 'Devdas' gave her an international recognition. The film was screened at the 2002 Cannes Film Festival and was featured by 'Time' as the 'Best film of the millennium. Aishwarya Rai was praised for her acting talent. 'Empire' described, 'Aishwarya Rai proves she has the acting talent to back up her flawless looks'.

Rai starred in films like 'Dil Ka Rishta', 'Choker Bali', 'Khakee', 'Bride and Prejudice', 'Rain Coat', 'Bunty Aur Babli (item number Kajra Re)', 'Dhoom2' etc which were a mix of both commercial success and failures. During 'Dhoom2' starring, Abhishek Bachchan, a co-star in the film fell in love with Aishwarya. The love turned into a marriage on 20th April 2007. Aishwarya's name changed after her marriage as Aishwarya Rai Bachchan. She became the daughter-in-law of Amitabh Bachchan, the world famous Bollywood actor.

During 'Dhoom2' starring, Abhishek Bachchan, a co-star in the film fell in love with Aishwarya. The love turned into a marriage on 20th April 2007. Aishwarya's name changed after her marriage as Aishwarya Rai Bachchan. She is the daughter-in-law of Amitabh Bachchan, the world famous Bollywood actor. As a couple, they have been considered more famous than Brangelina.

After marriage, Rai continued working in films. Her role in 'Jodha Akbar' was appreciated a lot. The film was a commercial hit. Her acting in Pink Panther 2 got negative reviews mentioning her expressions in the film as 'wooden' and added, 'she looks gorgeous but her expression rarely changes.' She acted in Indian Epic drama Ramayana, in which she was acting Sita. Though the film was not a commercial success, her role received good reviews. 'Enthiran' was her next film. The film emerged as the highest-grossing Indian film of all time. Her final film, before taking a sabbatical was 'Guzaarish' in 2010. Though the film flopped in the box-office, Aishwarya received positive reviews. 'The Telegraph' described it to be one of Aishwarya Rai's best performances. 'Times of India' wrote 'Aishwarya is a stunning picture of fire and grace, walking away with certain scenes by her sheer vitality.'

Due to her pregnancy, she stopped acting and continued to not act in films till 2015.

Career After the Sabbatical:

Aishwarya Rai came back with a bang in 2015 to continue her film career. 'Jazbaa' was her first film which received mixed reviews. She was appreciated for her performance in the film. In 2016, she starred 'Sarabjit'. The film was premiered at 69th Cannes Film Festival. However, the film did poorly commercially. In the same year, she starred in 'Ae Dil Hai Mushkil' which proved to be a commercial success.

Rai began appearing in commercials when she was in 9th grade. Her first commercial was for Camlin pencil. She endorsed for both Pepsi and Coca-Cola. She is the only actress who endorsed for both these companies. She is regarded as one of the highest paid Bollywood actresses in this respect. She modeled for Longines Watches, Titan Watches, L'Oreal, Coca-Cola, Lakme Cosmetics, Casio Pager, Philips, Palmolive, Lux, Fuji Films, Nakshatra Diamond Jewellery and Kalyan Jewellers. She was selected as the brand ambassador for De Beers Diamonds in India. A survey confirmed that Aishwarya has been ranked the 2nd most top watch ambassadors in the world. A TTK Group assigned Rai and her husband Abhishek Bachchan as their Brand Ambassadors.

In the year 1999, Rai took a world tour 'Magnificent Five', along with four other leading Bollywood actors. In 2003, she became the first Indian actress to be the jury member at the Cannes Film Festival. She is the Brand Ambassador for The Eye Bank Association of India and she was in the forefront in promoting eye donation in India. She is also the brand ambassador for Pulse Polio. She took efforts in poverty alleviation. Her contribution to raising money for 2004 Tsunami Earthquake victims was commendable. She supports PETA, India. She is a goodwill ambassador for UNAIDS and contributed for raising global awareness on HIV and AIDS.

Rai performed in numerous stage performances throughout the world. She received many accolades for her talent and stunning appearance. She received many awards both in India and abroad. She bagged two Film fare awards for Best Actress. She was awarded 'Padma Shri' by The Government of India, for her contribution to the Arts. France awarded her with Ordre des Arts et des Lettres, a national Order of France.

We wish Rai All the Best for her future!! 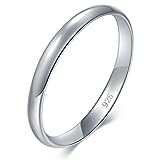