All About the German Death and Thrash Metal Band Toxic Trap

It would be almost nothing less than a cliche to say that there is much thrash metal in the country of Germany. The next German metal band that I've been exposed to is one man band called Toxic Trap. There is only one person in this band, Christian Zysik who is responsible for the instruments and vocals. The YouTube channel called New Wave of Old School Thrash Metal is where I found out about this solo project and even if it may be a one dimensional album sometimes it still has enough creativity and melody to keep you tuned in. After further thought and analysis, we will take a look at the entire career of a band that is essentially a one man solo project. Toxic Trap came to fruition in the year 2014 as the band had intentions to release a debut album after their debut called Blood Omen in 2015. Toxic Trap is a death and thrash metal hybrid which has several kinds of influences.

A Brief Review of the Band's Second Album Blood to Water

The album Blood to Water is highly melodic but also it is heavy and brutal as well and it could be one of those albums that may overwhelm some listeners at night. “Of Wind and Lightning” is the third song in this album and it continues the melodic consistency of the album along with the fact that this sounds like Germany's Kreator in terms of the riffs. What I can surmise from this early analysis is that in spite of the heaviness, there is a beautiful acoustic contrast in the first song called Lynch Mob. Siren's Song has a similar beginning and it is actually sounding like The Gathering and then it gets heavy like the Enemy of God era Kreator. The song lyrically is about someone that imagines that faceless people are talking to him. He does not even know where he is. “Memento” is a song that starts out in the style of former Finnish death metal band Before the Dawn. “Spiral of Greed” continues the same fast and chunky riffing that we have heard so far on this album and it may get stale for some listeners though. Through the first full listen of the album Blood to Water it will get at least 80 out of 100 points. Lynch Mob is a song that repeats itself a bit much though. But it has good growls in it though. Lyrically the song is about being in a society where there is no respect for life. The rough growl later in this first song sounds kind of like the vocalist for the band Ladybaby.

About the Blood Omen Demo Album

The four songs on Blood Omen would be on the band's debut album three years later and they would sound slightly different. Mortal Remains is a song that lyrically is about what happens when a human being dies. The body rots as the spirit is released.

How is the Band's Debut Album Suffering in Diseases?

However, the band Toxic Trap was not always a one man project. The band's debut album called Suffering in Diseases released in 2018 features the vocals of Andre Schulte. Immediately as the album begins with the song Black Death, there are influences of Florida style death metal, trace of Metallica and a touch of 1990's In Flames. This is quite a combination as part of the song sounds like the song To Live is to Die by Metallica. Toxic Trap is another one of those European metal bands that only adds to the cultural and entertainment riches of not just Germany but Europe as a whole. As for the band's demo Blood Omen, it is heavy and full of life. There is a deep growl to start the first song called Blood Omen as there is a new era of death and thrash metal with Germany's Toxic Trap. The band's name may be enough to drive some listeners away but if you give this band a chance, you will like them. Welcome to life in the late 2010's where thrash and death metal in Europe will only expand in the coming decade of the 2020's. And then what seems like out of the blue your ears will be greeted to the short yet beautifully classically influenced song called Dawn. River of Souls sounds like a song we would have heard back in 1987 and 1988 such as the band Death. I know I bring up that band's name but they have been really influential enough that they have been able to leave a big impact. But this song also sounds like early Kreator (their first two albums). This band can also be an acquire taste musically for some people because of having to sit through and listen to such a technically intense form of death and or thrash metal. Though the band's first album Suffering in Diseases is more thrash metal based touching on topics such as life, death, and greed such as the song called “The Watchtowers.” The song has a lead guitar style that resembles a more modern version of Kreator and or Black Sabbath. Overall, Toxic Trap is a good mix of thrash metal and death metal. It depends what your preferred style of listening is. If you enjoy modern technical thrash metal, Suffering in Diseases is your best choice. But if you enjoy a good mix of death metal and thrash metal then Blood to Water is the album I would recommend.

As we end this album, the last song Open Grave has heavy notes pounded slowly as the drums kick in and this sounds kind of like a marching band but not really. The song lyrically tries to tell us that we are stuck at what seems to be the center of the universe but that at the end of the day for all of us, the grave is the final destination for us.

Paderborn Germany the Place Where This Band Was Founded 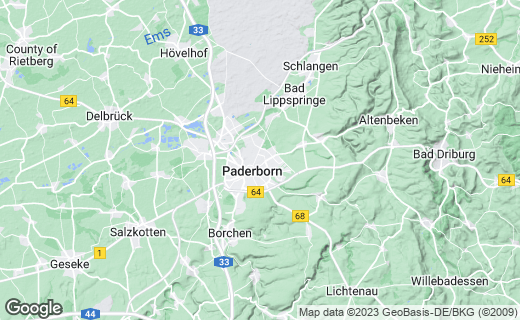