Why is Almudena Fernandez so awesome?

It isn’t only the men’s soccer team in Spain that should be getting attention these days. Almudena Fernandez should be given just as much attention too. This Spanish fashion model is Spain’s most beautiful supermodel. She’s also got a sexiness that is difficult to match among supermodels from Europe. The majority of people when they think of beautiful and sexy fashion models from Europe they will think of Laetitia Casta, Heidi Klum, Karen Mulder, or even Claudia Schiffer. But Almudena should get attention from fans all over the world as she is one of the most beautiful European fashion models around. But besides her awesome physical beauty, Almudena is one of those people that has a real genuine interest in making life more beautiful for the people of this world to live in. She is a true humanitarian and I even respect and like her very much for her kind and generous acts. She is now in her late-30s and she is still active as ever. This article will cover some information about some of the other things she has done. I’m sure that Almudena will still be popular in her 40’s. She is too great looking and her heart is so kind that her popularity will be high as long as she is involved with fashion and modeling.

Various photos of Almudena Fernandez and her awesome fashion sense

Who is Almudena Fernandez?

Almudena Fernandez is a really beautiful fashion model that is known for having an incredibly high amount of sex appeal. She was born on January 1, 1977 in the city of Benavente in Spain. She would move with her family to Madrid when she was very young. Unlike many celebrities of her day, Almudena’s childhood was normal. She grew up in a home with lots of love. I would say that this was an important factor that determined the kind of person she would become later in life.

How did Almudena Fernandez get involved with modeling?

In her high school years, Almudena started to become interested in modeling and this is when her life changed. When she was a senior in high school, she entered a Supermodel of the World contest finishing in 2nd place. She entered the European version of this same contest finishing in 2nd place again. These two successes helped her become cover models for Lacoste, Herms and Olivier Strelli. She then moved to New York City where she became a spokesperson for Carolina Herrera’s Aqua Flore and Givenchy’s Organza Indecence. Fernandez has even worked for Victoria’s Secret! However, she had aspirations to make her career soar even higher. So she was commuting between New York City and Paris, France. She has spent much time in both cities appearing in many magazines. She has made it one of her major life goals to connect with her fans and with the media beginning in the 2000’s. Almudena has also taken several acting classes at the school called The New Actors Workshop.

The other side of Almudena that people should know about

In addition to her modeling work, she has also dedicated her time and energy to making our environment better. She has helped Greenpeace fight against the contamination of the sea bottoms. In addition to this, she has also helped the United Nations to promote the micro-credits for the “Women of the World.” Also, Almudena in February 2012 made an appearance at the Custo Barcelona Fall 2012 fashion show. I do think that Ines Sastre is cute and Esther Canadas is beautiful as well, but Almudena Fernandez at this point should be on the top of the list among Spanish fashion models for her overall beauty, charm, curves, sexiness and dedication to making this world a better place to live. In March 2010, Almudena became the Climate Project Director of Ambassadors in Spain as well as in Latin America.

Photos of Almudena in a swimsuit

Almudena Fernandez now resides in New York City with her boyfriend Antonio Macian. I wish Almudena all the best and I hope that she can continue to work on efforts to make our world a better place to live. I also would like to see her continue to be involved with modeling.

Which one of these women is your favorite Spanish Fashion Model? 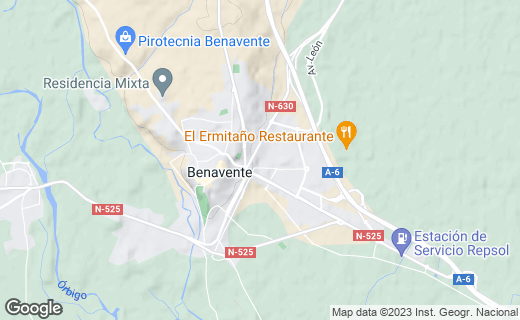