Starting with the Queen in Snow White and the Seven Dwarfs, Walt Disney films have featured memorable villains whose only goal in life seems to be to take down the hero. The dastardly deeds of these Disney villains continue to scare, excite and sometimes delight viewers young and old as they fill the movie and television screen with their over-the-top evilness. 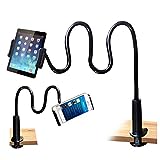 Snow White and the Seven Dwarfs was Disney's first full length animated film. It was released in 1938 and featured the voice of Lucille La Verne as the Queen. The film was awarded an honorary award at the Academy Awards, recognizing it as a significant screen innovation and a pioneer in the entertainment field. Walt Disney was awarded one large statuette and seven small ones.

Young and beautiful princess Snow White, hides in the forest to escape from her evil stepmother, the Queen. She is adopted by seven little men who swear to protect her with their lives. But evil will have it's way, at least temporarily. Disguised as an old woman, the Queen gives Snow White a poisoned apple. Only the kiss from a handsome prince can save her now.

Cinderella was released by Disney studios in 1950. Considered one of the greatest love stories ever told, it was nominated for four Oscars and forever tainted the label of stepmother.

After the death of her father, Cinderella is left to be raised by her stepmother and two stepsisters. Jealous of Cinderella's beauty, Lady Tremaine (voice by Eleanor Audley), treats her stepdaughter like a servant girl. When she is kept from going to the royal ball, Cinderella is helped by her little mice friends and a fairy Godmother. Attired in a beautiful dress and magical glass slippers, she attends the ball and meets her prince.

This Disney classic was released in 1959. Adapted from a fairy tale, Sleeping Beauty tells the story of a young princess cursed by evil witch, Maleficent ( voice by Eleanor Audley).

Feeling left out at the birth of princes Aurora, Maleficent places a curse on the infant. Before her 16th birthday, the princess will prick her finger on a poisoned spinning wheel. Good fairy Merryweather counters the curse with one that will break the spell; a kiss from her one true love. Aurora is sent away to live with her three fairy godmothers for protection. But love and evil intervene.

Maleficent: Now, shall you deal with ME, O Prince - and all the powers of HELL! AHAHAHAHAHA, AHAHAHAHAHAHAHA!

Hans Conried did the voice of Captain Hook, in Disney's Peter Pan. Released in 1953, it was based on the play by J.M. Barrie and gave us a memorable villain. From his large feathered hat, to his hook, Captain Hook is a force to be reckoned with for wiley Peter Pan.

Peter Pan, the boy who never grew up, takes the Darling children on an adventure to Never Never Land. Captain Hook is ever on the ready to defeat Peter and spoil his fun. But watch out for the ticking alligator, Captain, he's had a taste of you and wants more.

Mr. Smee: Oh, dear, dear, dear, Captain Hook. Shooting a man in the middle of his cadenza? That ain't good form, you know.
Captain Hook: "Good form," Mr Smee? Blast good form!
Captain Hook: [waves his hook in front of Smee] Did Pan show good form when he did this to me?
Mr. Smee: Why, Captain, cutting your hand off was only a childish prank, you might say.
Captain Hook: Aye! But throwing it to the crocodile! That cursed beast liked the taste of me so well he's followed me ever since, licking his chops for the rest of me.

One Hundred and One Dalmatians

The villain in Disney's One Hundred and One Dalmations was pure evil. Cruella De Vil (voice by Betty Lou Gerson) in her coat of puppy fur was just plain mean. She was a terror to puppies and humans alike. Released in 1961, the tagline promised the movie was 'howlarious'.

When Dalmatians Pongo and Perda give birth to fifteen puppies, Cruella sets her sights on them. What a beautiful coat they would make. She hires two incompetent thugs to kidnap the puppies and bring them to her mansion. Pongo with the help of his canine friends, rescues the puppies just in time, along with 84 other Dalmatian pups awaiting their fate at the hands of Cruella.

Cruella De Vil: Alright, keep the little beasts for all I care! Do what you want with them! Drown them! But I warn you, Anita, we're through! I'm through with all of you! I'll get even! Just wait! You'll be sorry, you fools! You... YOU IDIOTS!

One Hundred and One Dalmatians - Cruella De Vil

Released in 1989, The Little Mermaid won two Oscars for it's beautiful music. Pat Carroll gave us the voice of the evil Ursula an unscrupulous sea witch.  This intimidating octopus is set on overthrowing the Little Mermaid's father Triton and ruling the sea herself.

In this tale of revenge, the Little Mermaid strikes a deal with the evil Ursula, unaware that she is being used to exact payback on King Triton.  The rebellious mermaid, trades her voice for the chance to go on land and meet the dreamy Eric.

Ursula: Yeeeeeees, hurry home, princess. We wouldn't want to miss old Daddy's celebration, now, would we? Huh! Celebration indeed. Bah! In *my* day, we had fantastical feasts when I lived in the palace. And now, look at me - wasted away to practically nothing - banished and exiled and practically starving, while he and his flimsy fish-folk celebrate. Well, I'll give 'em something to celebrate soon enough. Flotsam! Jetsam! I want you to keep an extra close watch on this pretty little daughter of his. She may be the key to Triton's undoing... .

Beauty and the Beast (2017) (Plus Bonus Features)
Buy Now

Beauty and the Beast

The cursed Prince Adam has lived as a beast for many years.  It takes the beauty and wiles of the charming Belle to tame him.  But the road is a rocky one, with Gaston determined to win the heart of the beauty and slay the beast.

Gaston: If I didn't know better, I'd think you had feelings for this monster.
Belle: He's no monster, Gaston, you are!

Beauty and the Beast - Gaston

Jafar is a treacherous villain in Disney's 1992 release of Aladdin. Taking on multiple personas, Jafar moves from Vizier, to Sultan, to sorcerer, to cobra, to a powerful genie.  He just needs to get hold of the magic lamp in order to rule the world.

Poor boy, Aladdin roams the street in search of food and shelter, living by his wits until he meets Princess Jasmine. The two embark on an adventure after stumbling onto a magic lamp and releasing its personable genie. Jafar pursues them, wanting the lamp and the girl for himself.

Iago: Ladies and gentlemen, a warm Agrabah welcome for Sorcerer Jafar!
Jafar: Now where were we? Ah, yes - abject humiliation!
[He zaps Jasmine and the Sultan with his staff, and they both bow to him. Rajah comes running at him. He zaps Rajah, and the tiger turns into a kitty-cat]
Jafar: Down, boy! Oh, princess,
[lifts Jasmine's chin with his staff]
Jafar: there's someone I'm dying to introduce you to.
Aladdin: [Flying towards him on carpet] Jafar! Get your hands off her!
Jafar: [zaps Aladdin, Carpet flies away. Singing] Prince Ali, yes, it is he, but not as you know him. Read my lips and come to grips with reality
[brings Aladdin and Jasmine closer in the air]
Jafar: Yes, meet a blast from your past, whose lies were too good to last! Say hello to your precious Prince Ali!
[zaps Ali back to Aladdin as he says it]
Iago: Or should we say Aladdin?
Princess Jasmine: [shocked] Ali
Aladdin: Jasmine, I tried to tell you.
Jafar: [still singing] So Ali turns out to be merely Aladdin
[turns Abu back to his normal self]
Jafar: Just a con, need I go on? Take it from me his personality flaws give me adequate cause to send him packing on a one-way trip
[sends Aladdin and Abu in a pillar, carpet flies in after the,]
Jafar: so his prospects take a terminal dip his assets frozen, the venue chosen is the ends of the earth,
[sends the pillar in the air]
Jafar: whoopee! So long,
Iago: Goodbye, see ya!
Jafar: [sings] Ex-Prince Ali!
[laughs maniacally]

The Lion King, released in 1994, gave us a four legged villain by the name of Scar. Brother to Mafusa, King of the Jungle, Scar (voice by Jeremy Irons) hatches an evil plan to take over and rule in his brother's place.

When young Simba is born, it puts Scar third in line to the thrown. His plan to do away with both Mafusa and Simba backfires, when Simba escapes. Growing up in the jungle away from the pride, Simba assumes responsibility for his father's death. Meanwhile, Scar's rule leads the pride to near ruin. Simba with the help of his friends must overthrow the evil Scar, take over his father's rule and save the pride.

Banzai: Yeah, be prepared! We'll be prepared... for what?
Scar: For the death of the king!
Banzai: What? Is he sick?
Scar: No, fool. We're going to kill him. Simba too.
Shenzi: Great idea! Who needs a king?
Banzai, Shenzi: [singing] No king, no king, la la la la la la...
Scar: Idiots! There will be a king!
Banzai: But you said...
Scar: I will be king. Stick with me, and you'll never go hungry again!

James Woods does an outstanding job of adding humor to the villain Hades in Disney's Hercules released in 1997. With sarcasm and wit, this God of the Underworld, trades favors for souls.

In a plan to overthrow Zeus, Hades turns the god's son half mortal. Hercules, raised on earth still retains his godlike strength. In his quest to become a true god, Hercules must deal with all that Hades can throw in his way, battling monsters and rescuing his girl, Meg from the clutches of evil Hades.

Even smelly conniving pirates can make it into our hearts when given the Hollywood treatment.

Setting the standard for all of the gangster movies that followed, films of the 1930s and 1940s entertained the audience with stories ripped from the newspaper headlines.

From the Maltese Falcon to A Touch of Evil, film noir showed audiences the seedier side of crime and punishment.