For the last five years, we've heard the refrain on a regular basis- that NASCAR's ratings are in a steep decline and that they represent imminent danger for the sport. When the ratings come back low for an individual race, some are quick to point to that as evidence that the trend continues. Yet an in-depth analysis of the last five years in NASCAR ratings shows that while the sport isn't gaining new viewers, it also isn't losing large numbers either. Individual races can vary from year to year, impacted as much by weather and competing shows as anything else. But here's how the reality stacks up to the perception.

All of the individual race rating data for this analysis comes from Jayski.com's television ratings page (http://www.jayski.com/news/pages/story/_/page/NASCAR-Televison-Ratings-2013 ). However, any errors in calculation remain mine (and Microsoft Excel's) alone. The comparisons are done using the race held on that week; because NASCAR's schedule went through a slight adjustment for the 2011 season, a few tracks changed dates resulting in perhaps unfair comparisons (think Talladega draws more viewers than Kansas?). However, swapping the dates becomes a tricky exercise and involves adding unaccounted for variables so they've been left as is and addressed where necessary. Also, weather delays a handful of races every year and a delayed start rarely draws the same number of viewers. This statistical variance, however, tends to even out over the course of a season.

One final note about the numbers themselves. A ratings point from one year is not precisely equal to a ratings point from another as the number of active televisions changes annually. So a ratings decrease does not always equate to a decline in viewership in terms of actual number of people watching the race. For further information on how ratings are calculated, please click HERE for additional information.

The overall season numbers show that NASCAR's average viewer base has remained relatively unchanged over the last five seasons. 2010 stands out as an outlier with both the lowest overall ratings and the largest drop from the previous year from 6.2 million to 5.4 million. Over 96% of the average 2009 television audience is still watching NASCAR through 35 events in 2013. With four races yet to go, it remains to be seen if the title race can bump average viewership up- or send it down as happened in 2010. 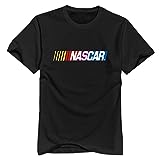 Fox's NASCAR ratings are consistently higher than those of any NASCAR television partner. Part of that comes from the momentum that a strong opener in Daytona can provide. Another benefit comes from being on when the NFL is not. NASCAR begins its season immediately after the Super Bowl and not competing with that sports juggernaut is an enormous advantage. Finally, Fox races are available on network television while TNT and ESPN's events are generally on cable only (select ESPN races do appear on ABC). That gives Fox a tremendous advantage in terms of distribution and cross-promotion.

The two major declines on Fox's schedule come with the season opening Sprint Unlimited and the third race of the season. The exhibition race has lost nearly 2.5 million viewers in five years while the third race has lost nearly 3.6 million. The Unlimited has suffered greatly from the NFL bumping its season back a week resulting in direct competition with the league for a sports fan's attention that weekend. Meanwhile, the Vegas race is harder to explain. There's no real competition and rain hasn't been a factor. The trend is one worth taking a look at for network execs at Fox.

There are several risers for Fox as well. The all-important Daytona 500 is up over 1.6 million viewers over the five year average and 700,000 since 2009. Surprisingly, the fifth event of the season at Auto Club Speedway in Fontana is doing well as is the first race of the season in Charlotte. Talladega remains a strong draw with the highest ratings of any race in the second half of Fox's coverage. Darlington's move to earlier in the season may help that track's on-air performance as well as proximity to Daytona has a major impact on how many viewers a race attracts.

(click column header to sort results)
Scroll to the right for statistical comparisons. Race listed in category column is the race run on that week in the following years and may not directly match the track/race run in prior years. Note: Kentucky did not hold events in 2010 and 2009 so t

TNT's ratings are an obvious reason why the network decided it wasn't worth staying in the NASCAR business given the price involved. The average TNT race has lost viewers in four of the last five seasons and the 2013 audience was roughly 89% of what it was five years ago. That translates into around 600,000 fewer viewers- a major number for a cable network. They've also received heavy criticism for their race coverage. TNT has the largest average commercial count of all three network partners and even when not in a break, covers the largest portion of the screen with advertising.

The number of races in TNT's schedule has always been problematic. With only six dates there is little time to build momentum nor is there the opportunity to cross-promote with other major draws on the network. It takes time for any broadcast crew to find its rhythm and TNT lacks that time. Their contract never made sense and after next season they'll be gone. Judging by the steady ratings decline of every race on their schedule, they will not be missed.

Seven of ESPN's 17 NASCAR events occur during this stretch which ESPN christened, “The race to the Chase.” Unlike any other segment, ratings have increased when compared to three of the four prior years. The average race has 400,000 more viewers than it did five years ago. To be fair, the comparisons benefit from a pair of delayed races at Pocono and Watkins Glen in 2009. Yet the overall numbers are still good- particularly when compared with the ten Chase races that follow.

The crown jewel of this stretch is the Bristol night race in late August which airs on ABC. This past year it drew over 6.3 million viewers, higher than any other ESPN/ABC race (and highest over the last five years for the race itself). Indy, while not the draw that it once was, still pulls a respectable 5.4 million viewers. The pull of history remains strong at the track despite racing that is somewhat less entertaining than elsewhere. The other big dropper on the schedule is Michigan. The track's second date is down over a million viewers from where it was five years ago. It's interesting to note that Michigan's has one of the largest drops in ticket sales as well.

If any portion of the ratings should sound an alarm in Charlotte and Daytona it should be here. For virtually every other sport television ratings rise over the course of their playoffs and culminate with the biggest rating of the year with the championship game. The Chase draws the lowest ratings of NASCAR's season and also shows the steepest year-over-year decline of any segment on the schedule. In this year, five of the six events are below their 2009 numbers- several precipitously so. Even accounting for the rain delay at Chicago, the Chase opener has failed to approach the 5 million viewers it drew in 2009. Last week's race at Talladega (normally a terrific race for the series) was down over 500,000 viewers from the five year average and 1.6 million viewers since 2009.

The drop is something ESPN execs have clearly noticed and tried to address and competition from the NFL certainly plays a part. NASCAR's races run at the same time as several NFL games on Sunday afternoon and fans of both sports tend to come from the same segment of the population. Football's pull is stronger without question and NASCAR suffers as a result. Yet that doesn't explain fully the drop; football was just as powerful five years ago as it is today. ESPN runs the fewest commercials on average so it's avoided the TNT mistake of trying to recoup rights fees at the cost of coverage. They have one year and four races to try to rebound before handing the baton to NBC in 2015.

Will Fox continue to draw the highest ratings when some of the races move to FS1?