Nigel, AKA Bubblegum Senpai was voted most likely to die due to accident involving a cuddle pillow. Haruhi Suzumiya for Life.

Honestly, I wanted to do one long review for Lynn Okamoto's Elfen Lied, but couldn't. Both the anime series and the manga (graphic novel) are so deep and rich, that I couldn't fit everything I wanted to say into one Hub. It's a parable about holding on to folk tales, an exploration in human nature, a commentary on the ethics of eugenics, an allegory of hubris and karma, asks questions about nature vs nurture... There is so much about it. I think it's best if I started with the easiest to discuss: Human's cruel nature.

The first nine minutes of the first episode have been noted for turning people off because of the intense amount of bloodshed. There is a reason for the bloodshed, though: Lucy, the host of the first major mitochondrial change within human beings - in other words, the next logical step in human evolution - is escaping a research facility. Where horrible experiments were done to her. Fans of the Parasite Eve games might be aware of this idea.

This "mutant" species - referred to as Diclonius, Diclonii, or Homo Diclonius - are marked by having two horns large enough to protrude from beyond their hair. However, that is only one sign of the mutation. The other is a swollen pineal gland. Specifically, the pineal gland is normally the size of a grain of rice in humans, but in Diclonii, it's the size of a walnut. The result of this is enhanced psychic abilities. Firstly, the ability to recognize other members of it's species, and secondly, a set of invisible arms and hands called "vectors", which can also cut through almost any object at will.

This is all just a set up for the first part of Human Cruelty. Xenophobia: a fear of those who are different. Lucy is not the only diclonius, She was just the first, and is the only one capable of breeding through traditional methods. Diclonii can still pass the mutation on, however. Using a "vector" hand to touch the brain of a normal human male ensures that all his offspring will also be diclonii. However, they will always be female, and sterile, making actual propagation of the species difficult.

However, like Lucy, most diclonii were abandoned by there parents shortly after birth. A government agency that studies evolution began to kill these children en masse at birth, and search for those who had been abandoned, capture them, and perform horrible experiments on them, usually with the purpose of finding out how to kill an adult diclonius.

All this is done just because they are different. Xenophobia is not necessarily a fear of outsiders or foreigners, it's a fear of people who are different. I can assume this quite safely, because diclonii don't develop their vectors until usually the age of three, but sometimes as late as five or seven years old. Lucy, Being the first, developed them pretty late. I presume at about six or seven years of age, as she had no clue she even had them. she had assumed she was a normal human with horns.

So, basically, children were being abandoned or terminated in large quantities strictly (in the parents view) because they had a physical trait that made them different. Many parents resisted, but ultimately, if a parent was unable to abandon or harm their child, the government would step in and terminate the infant themselves.

In the story, twelve year old girl named Mayu runs away from home early on in the series and is living on the street, before meeting with our heroes. Her flashback was one of two things that made me extremely nauseous in the series. After her parents were separated, her mother found a new boyfriend. But her boyfriend was more interested in Mayu than her mother... in an intimate manner... Mayu eventually had the nerve to talk to her mother about it, but instead her mother became violent with her.

The two largest incidents of selfishness are seen here. Selfishness is not necessarily a bad thing. It's part of what allows us as a species to survive and become stronger. But there is an appropriate response to selfishness, and an inappropriate response to selfishness. This was the cruelest response to selfishness I can possibly think of. A stepfather raping his frightened new daughter, and a mother who takes her anger out on her daughter because she's jealous of the fact her boyfriend loves her child more than her, and she loves her boyfriend more than her own daughter. I think it's needless to say that no child should ever have to go through what Mayu endured. But these are not just acts that can only come from the author's imagination. Even in my hometown, a few years back, was a similar story. A clear testament, not wholly unbelievable, to just how cruel and perverse mankind can become.

Perhaps there is a need for a new, superior species to replace us...

Brain Break! Now's a good time to do some shopping!

Elfen Lied Vol 1 Box Set
Sadly, TokyoPop has yet to release Elfin Lied as a Manga in English, but the DVD does follow events fairly closely. This is available in both Japanese and English
Buy Now

There is another reason for fearing the diclonii besides a xenophobic fear of horned humans. The diclonii become violent at a very young age, around the same time they learn to use their vectors. Because the vectors can penetrate and cut through anything it touches (except another diclonius' vectors), it's not hard to imagine that a lot of this is by accident. But the penchant for violence doesn't begin much older for humans. Freud even postulated that at the age of five, young persons would want to kill the parent they share a gender with and take their place as head of house. Now, I'm not an expert on Freud, so I don't know which of his theories still hold validity, but the idea that humans learn and understand violence at a young age is not rare or recent. Some postulate it may even be inert.

I can't say with 100% validity, but I'm pretty certain something Okomoto-sensai was trying to get at was that Lucy wan't violent because she was a diclonius. She was violent because she was also - sort of - a human. After all, The diclonii was the next step in human evolution. She wasn't homo sapien, but she was still a species of human. Of course, a five year old child would have significant difficulties killing his or her mother or father, using Freud's Oedipal theory, but someone with invisible arms that can cut through anything would not have the same difficulty.

Also, in Lucy's case, she had no clue about her vectors until she went through an extremely traumatic experience. It's not revealed if this is the case for all or even most Diclonii, but considering how Diclonii have been treated by others in the story - because of the cruelty of man - I imagine it is possible. Having grown up in an orphanage because her parents had abandoned her, she was bullied by all the other residents for the same reason her parents had abandoned her: her horns. Her only true friend was a tiny stray puppy that would visit her regularly at a hiding spot outside. In one scene - and caution here: it's the other scene that I had trouble with - the bullies find out about this and bring the dog into the classroom, and start beating it with a giant rock, until it stops moving. Then they turn around (and the kids are about the same age as Lucy, between five and seven years old) and start comparing Lucy to the dog, because only animals should have horns, and that she deserves to die too because she "isn't a human."

Lucy has been haunted for a while by a voice inside her telling her that everyone deserves to die. They are humans, and she's not, and that all humans are just like these kids. She suddenly snaps and gives into the voice finally and releases her vectors. The scene suddenly switches to an emtpy classroom with blood everywhere.

But was Lucy violent because she's a diclonius? Or was she giving in to the basest of instincts for the human race? I think Kouta answers that best. "Just because your instinct is to kill humans, you're going to give in and say 'It can't be helped?' Humans have instincts like that, but aren't we living normal lives while suppressing them?" 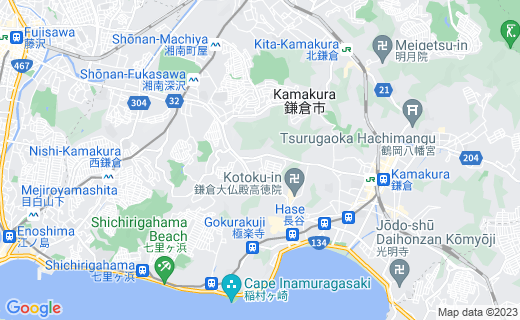 Even though the series seems almost to drive at the point that Lucy wasn't a killer because of the fact she's a diclonius, but rather because she's a human, there is still some redeeming features. Not every human is cruel. Kouta and Yuka both welcome an amnesiac Lucy into their home, despite the horns. They also legally adopted Mayu - her mother did not hesitate to sign off on the adoption papers - and helped her get back into school. They were (for the most part) two selfless people, and their "family" grew. Even "Number 7" - named Nana - after apologizing for attacking Lucy, was welcomed in as part of the family.

Even after Learning that Nyuu (The name given to Lucy after she lost her memory) was responsible for the death of his father and sister, he couldn't forgive her, but he couldn't let go of a member of his new family either. He wanted her to come home, so they could be a family again.

There is an amazing contrast here between the two sides of humanity, symbolized by the amazing contrast between the adorably cute portions of the series and the overwhelmingly graphic. A contrast that reinforces this message: that humans are capable of the most gruesome, cruel, terrifying and disturbing acts imaginable. But we are also capable of the most pure, loving, sensitive and selfless acts too. And THAT is a direction to which I hope we could evolve.