This is a short-lived series, but it's because of the short storyline to the series, Bartender's not the type of anime that would have the necessities for a longer running series unless there was a set storyline.

The series is directed by Masaki Watanabe and written by Yasuhiro Imagawa. It was produced by Palm Studio and aired on Fuji TV.

Like many anime series, Bartender has been adapted from a manga counterpart. It was written by Araiki Joh and illustrated by Kenji Nagatomo.

Last year, the live-action adaptation was aired with on TV Asahi. It ran for eight episodes.

The main character role was given to Aiba Masaki of the Japanese all-male pop group called Arashi.

Arashi also performed the theme song to the live-action drama.

There's no main storyline to Bartender.

Each episode instead focuses on its own individual storyline while sticking the main plot.

While there is no main storyline, the plot of Bartender centers on the genius bartender Ryu Sasakura who owns this bar called “Eden Hall.”

He's known for making all these drinks, but Ryu's talent or skill centers on a special intuition on what type of drink to serve the certain customers that enter the bar.

By listening to the stories of whoever drops in for a drink, Ryu can analyze emotion and body language which leads to the "drink of the episode." I was drawn to the anime by the first episode where Ryu made a simple "whiskey and water" for the main customer, a hotel manager overseeing the hiring of bartenders for its new upcoming bar.

I learned a valuable lesson that you can't go on a "mass prescribed regiment" when serving drinks.

The setting of the story takes place in Eden Hall where other scenes take place in the flashbacks of the customers. This is something one doesn't find. Eden Hall is the type of place where you have to be “invited.”

Usually, Eden Hall “invites” patrons who are of any stature that have their unusual troubles and heavy burdens.

Though young, Ryu is rather intuitive.

The drinks Ryu serves are proof of his intuitions causing the customers to reflect upon their lives.

Ryu also gives explanations of drinks along with their histories. If you are a person that enjoys alcohol and/or frequents bars, then you may appreciate the storyline behind Bartender.

This gives the enchanting feeling of an upscale bar. If you work as a bartender, then you may appreciate the authenticity of fixing drinks.

Bartender is a slice-of-life story. It is ultimately a story of a bunch of stories being joined together at Eden Hall. The story is simplistic: focus on the story of the customer that enters Eden Hall and Ryu makes the appropriate drink while giving an educational & informative explanation at the same time.

While there are many characters, Ryu Sasakura is the titular character of the series. However, his main role is sitting behind the bar counter fixing drinks and listening to the burdens of customers that enter the bar.

The other character is Miwa Kurushima.

While Ryu is the main character, Miwa is the female protagonist of the story.

Her active role in the anime is pretty limited, but Miwa's role is important as she narrates each episode.

Most of the episodes centralize on one or two specific characters as they contemplate about their worries and burdens, but Ryu and Miwa remain the consistent characters of the series.

While Ryu plays an active role in the story, Miwa sits quietly behind the scenes observing while narrating.

In short, Ryu is the “actor” and Miwa is the “storyteller.”

I have to say Miwa does a good job of telling the story though she barely even interacts with Ryu. I would classify Miwa as the shadowy observer at Bar Eden who tells the tale of each troubled person who finds sanctuary.

While Ryu and Miwa are the central characters in the series, the patrons are usually the ones that take the center stage in each episode. Each character shows up with their share of problems ranging from a woman desperately looking for a husband to a cynical college professor.

Ryu does a good job of playing the bartender and confidant. When the customers enter and talk to Ryu, they do not act for a specific drink.

By carefully listening to the customers' stories and feelings, Ryu knows how to make the "perfect" drink.

One could consider Ryu to be the "Bruce Lee of Bartending."

Ryu shows the utter important of being adaptable and being able to effectively listen to his customers.

The overall musical score fit the mood for the atmosphere.

The opening and ending performed by Natural High really fits the mood. Also, the musical score feels very appropriate overall with the episodes of Bartender.

The opening song is one of the things to look forward to in my opinion.

When watching Bartender, the musical score felt very soothing. It made the viewing experience relaxing and more enjoying. 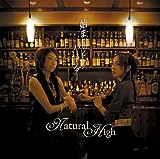 Nothing “exciting” or “explosive” happens in Bartender.

This is something that has the potential to become a stage play or musical.

Bartender is one of those anime series that makes you want to have a nice relaxing drink afterward.

If you need something easygoing and relaxing after a long stressful day or watching an intense anime/playing an intense game, then Bartender is one of those anime series to watch to wind down. It's one of those series that is best watched at nighttime especially before going to bed.

The anime has that calming effect. If you have a smart phone, tablet PC, and/or a portable DVD/Blu-Ray player, watch a few episodes of Bartender if you're taking some sort of plane or train trip.

It's pretty relaxing where the time will pass by.

The series is available in Japanese language and Korean dub, however, you can watch it in English subtitles.

Bartender is one of those anime series that you want to watch while actually having a couple of drinks.

This is the one series that definitely appeals to a niche of people that enjoy alcohol and/or visiting bars.

For aspiring and professional bartenders, this is a series you may want to watch. While this series is for adults, due to the content of alcohol, it is warm and friendly without any sex or violence.

Also be sure to check out the live-action adaptation as well.

However, the story of live action version tends to be very different from the anime version.

This story was made for casual drinkers who enjoy the quiet bar scene.

Unfortunately there are no streaming services that offer Bartender at the moment.