Synopsis: A foster kid, who lives with her mean foster mom, sees her life change when business tycoon and New York mayoral candidate Will Stacks makes a thinly-veiled campaign move and takes her in.

- Jamie Foxx was decent in it. Granted, his character wasn't written particularly well, but he carried his part decently.

- The movie does a great job paying homage to a classic

- Quvenzhané Wallis was decent. Not great, but she wasn't terrible either. In fact, all the actors were pretty decent in their parts.

- The movie was heavily cliched and predictable; in spite of the plot twists added to the story.

- Jamie's character could've been written better considering he goes through a rather cliché story arc.

- Without the 1920s setting serving as the heart of our story, "Annie" loses some of it's emotional potency that made the original such a heartfelt film to watch.

- Quvenzhané Wallis' singing numbers fall a bit flat, as she barely stands out half the time once her character breaks into song. 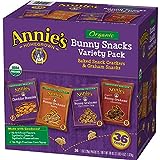 The sun will come out tomorrow...

When you think of remakes these days, you typically think of generic cinematic garbage drenched in a mediocrity cesspool, where it would seem Hollywood is so low on ideas that it has to capitalize on remaking old classics that people love. Many people accuse remakes as being nothing more than cheap cash grabs to capitalize on the success of the original's glory. And to some extent, that is true. Sadly, most remakes in general aren't that great, but there have been exceptions in the past. I'm looking at you "Scarface" and "West Side Story", which is technically a remake of "Romeo and Juliet."

Unfortunately, "Annie" isn't one of those rare exceptions. Granted, it's not terrible by any means, as I'm sure kids will still enjoy it. However, it's not great either. Based on the popular Broadway musical (which was inspired by the original comic strip), "Annie" makes her triumphant return to the big screen. To spice things up this time, Sony replaces the traditional iconic image of Annie being some cute curly hair red headed girl with freckles, with a mop head little black girl that happens to have a street savvy attitude.

Writer and director, Will Gluck, teases audiences with that too around the beginning of our story. The movie starts off showing some cute little red curly haired girl named Annie doing a presentation before her class. She even has the trademark freckles that fans of the original will recognize, as she's almost the spitting image of Aileen Quinn herself. Heck, it seems like even her damn clothing is identical to the original orphan Annie.

But you want to know something funny? That little white freckled face girl we see at the beginning of this remake isn't the Annie we're following, in this story. Nope, it seems Will Gluck is trolling the haters that were outraged about changing Annie's ethnicity for this remake, with that opening scene.

And when the white Annie sits down, the teacher calls upon the OTHER Annie, who happens to be African American. Unlike the downtrodden sweet, innocent yet surprisingly tough Annie we saw in the original, this new incarnation is more of hip hop version of the character. In the 2014 remake, Annie is now a street smart savvy black kid who's always on the hustle, but she's not smart enough to look both ways before crossing the street.

In fact, she leads the class during her presentation, in doing a hip hop beat, for her history report on FDR. From there, you hear a hip hop version of the original "Annie" theme song playing in the background, as our main hero hurries out of school.

Since the story is updated to have more of a contemporary theme to it, you can expect the "Depression Era" to be absent from this movie entirely. Not to mention that Ms. Hannigan won't be anywhere near as nasty as she was in the original, as Will Gluck has given her something of a redemption arc in this feature.

Don't get me wrong, she's still the same bitter alcoholic b*****. Although to be fair, Cameron Diaz is way more attractive Carol Burnett ever was as Ms. Hannigan. However, unlike the original where Ms. Hannigan was nothing more than a greedy old wench, this one is more of a lost soul. Someone who had a taste of fame in her early years, but ponders where her life has gone since, which leads to her taking it out on others as a direct result of it. All the other foster kids see her as mean, while Annie manages to see the goodness in her; regardless of her hostile attitude.

Jamie Foxx tries this best, but he's not given too much to work with. Like some of the other changes made to the original story, "Daddy" Oliver Warbucks is replaced with Will Stacks (Jamie Foxx). Unlike Warbucks, Stacks isn't some old over the top stereotypical prude. Nah, he's just a neat freak suffering from OCD, and he's a bit of a workaholic as well. Vying for a more realistic approach, Will Gluck presents Will Stacks as an isolated loner, who's gotten so caught up with his own success that he's lost sight of who he really was, until Annie came along.

One could say that Jamie's character is a bit of a cliché in itself. You have the classic workaholic guy that hates kids, but learns to love the idea of being a father once he bonds with a child. Yeah, that's practically classic family cliché 101 right there. However, Jamie Foxx manages to carry the role nicely. Granted, it would've been nice to see him be given more to work with here, but he carries his part rather well.

As for Quvenzhané Wallis (Annie), I've been something of a fan of hers for a while, since she did "Beasts of the Southern Wild." She had a visceral and mesmerizing performance in that feature that made her an interesting actress to watch. In fact, one could call her a natural, but I wouldn't expect her to give any kind of Oscar worthy performance here.

Granted, Quvenzhané Wallis has her moments in the feature, like the scene where she tells Will Stacks that she can't read, or the touching "awe" moment at the end. However, when it comes to the musical numbers of the movie, her performance falls a bit flat, as she barely stands out half the time.

However, that's not even the biggest problem this movie has going for it. The rags to riches story loses it's potency without the "Depression Era" setting. Although the original "Annie" was also a self aware musical that could be a bit corny sometimes, it still had a lot of heart to it. The original was a deeply moving story about a young girl trying to be reunited with her family again, but only to discover a new one that she never knew she needed. Ms. Hannigan in the original was a heartless b***, who often bordered along the lines of being abusive half the time, which only led to more sympathy to Annie's situation as an orphan.

In this remake, Annie even points out that she's not an orphan. She's a foster kid living in a foster home. Granted, Ms. Hannigan seems a bit b****y half the time, but she never straddles the line of being abusive like she was in the original, which is kind of expected given the PC era that we live in. If anything, she comes off more along the lines of being neglectful rather than abusive. Granted, you could obviously tell what Will Gluck and his writing staff were going for, but it only serves to make Annie's plight a bit less heartfelt than the original.

Don't get me wrong, this remake does a decent job paying homage to the 1982 version, while updating it for a new generation. However, the heart of the story worked better in it's 1920s setting. Back when society was more downtrodden, and living situations between the upper and lower class were more significant than it is arguably compared to today.

Plus, for a movie that's supposed to have more of a contemporary setting, it's almost surprising how dated this remake presents itself with a few various references to modern pop culture. Throughout the film, we have references to modern technological aspects like I-Phones, Skype and etc. And to add insult to injury, the whole movie within a movie shtick pokes fun at some of the young adult films that have been popular these days; namely "Twilight" sagas. Although to be fair, the movie within the movie was a thousand times better than any "Twilight" movie ever made, but you have to wonder what's going to happen fifty years from now. Are people even going to still pick up on that reference from watching this remake? The reality is that even though the movie tries to be contemporary, the reality is that it's not. The pop culture references make it dated to specifically to this era of movies that it feels gimmicky.

Overall though, "Annie" isn't as bad as most film critics are making it out to be, but it pales in comparison to it's original counterpart. Sure,it features some nice changes to the story that seem to work well, and Will Gluck does a decent job paying homage to a classic. However, "Annie" is fairly mediocre at best. Unless your a fan of the original, or you just want to watch a decent family feature with your kids this holiday season, then it's worth checking out on "Netflix" or something. However, I wouldn't recommend seeing it theaters though.

SNL's comedy sketch featuring black Annie. (Warning: This VIDEO contains some racial stereotypes that may be offensive to some viewers)