Aretha Franklin: A Look Back at an American Icon Life and Career

Franklin recently passed away at her home at the age of 76. The diva music truly defined an age. Some of the songstress most memorable hit records include "Rock Steady", "Chain of Fools", "Respect" and "Think".

This article examines the life and career of the music legend: from her marriages, to difficult childhood, children and legacy as one of the greatest entertainers of all time. All will be discussed. Now let's take a journey back in time.

The songstress was born March 25, 1942 in Memphis, Tennessee. She grew up in a small family home. Her mother Barbra Siggers was an accomplished piano player and vocalist and her father Clarence Franklin was a Baptist preacher. Her parents had marital problems. When Franklin was ten years old, her mother died of an heart attack. This left the songstress heart broken.

Following her mother's death her father relocated to Detroit taking the young diva with him. He quickly made a name for himself on the gospel caravan tours with his young daughter. Her father became a rich and well known preacher from his tours.

The 10 year old diva began her career singing at various Baptist churches across the country with her father on his caravan tours. This led to many famous gospel singers and celebrities visiting the diva's home.

Her father befriended civil rights icon Dr. Martin Luther king, gospel singers James Cleveland and Clara Ward in which he had a romantic relationship with during his successful touring. Her father also befriended Jackie Wilson, Sam Cooke and Mahalia Jackson.

Clara Ward her father's girlfriend, taught the young songstress how to play piano and Mahalia Jackson helped to strengthen her voice.

Queen of Soul -Rise to the Top

Franklin became pregnant with her first child at the age of 12 years old. She also had another son in her teens as well. It is unclear if this led to her dropping out of high school in her sophomore year or her success as a famous singer.

The diva scored her first music contract with J.V.B records. The songstress first album Songs of Faith was released in 1956. Her father was her manager. She later signed with Atlantic records due to her friendship with Sam Cooke who persuaded her to change her music from Gospel to R&B. Her second album "I Never Loved A Man the Way I loved You" went gold making the diva a superstar. In 1967, she won her first Grammy award.

The music icon went on to release 112 charted singles on Billboard including 77 hot 100 songs and 17 top ten singles, 100 R&B entries and 20 number R&B singles, becoming the most charted female artist in history according to the Wikipedia.

The diva was married and divorced twice. Her second husband actor Glynn Turman stood by her side up until her death from pancreatic cancer on August 16, 2018.

Franklin's career is one for the ages. The Songstress have sold more than 75 million records worldwide. She was the first woman to be inducted into the Rock N Roll Hall of Fame and the second woman to be inducted into the UK music hall of fame. Franklin is the recipient of the prestigious presidential Medal of Freedom as well as a Kennedy Center honoree. The diva is also a member of the Michigan Rock N Roll Hall of Fame and also Legends Hall of Fame. She received a honorary degree from Harvard university in 2014 as well as honorary doctorates in music from Yale university 2010, Princeton university 2012, Brown university 2009 and University of PA 2007.

The music icon also has an asteroid named after her: asteroid number 249516 is now apart of her legacy and impact on the world.

The city of Detroit recently named a portion of Madison Street "Aretha Franklin's Way" in 2017.

The "voice of the civil rights movement", the "voice of America" and a "symbol of black equality"- by Music critics

The diva is survied by her four sons from previous relationships and mariages. There will never be another singer like Franklin. She will forever be remembered by fans and the world as one of the greatest female vocalists of all time. This concludes my article on the passing of a remarkable singer and American icon. Please, feel free to leave your comments below. As always, I look forward to hearing from you. 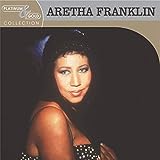