Jindabyne: The Story of So Much Water So Close to Home, Down Under

From Print to Film, From America to Australia

In the 2006 Australian movie Jindabyne, writer Beatrix Christian and director Ray Lawrence put a uniquely Australian twist on American Raymond Carver's short story "So Much Water So Close to Home." The original story, set in Washington state near Naches, is the brief narrative of a woman whose husband goes on a fishing trip with friends. Upon reaching their destination, they find the body of a murdered woman in the river next to their campsite. Instead of hiking the five miles back to their vehicle and immediately reporting the apparent foul play, the men secure the body so it won't float away and proceed to enjoy their weekend on the river. On Sunday, when they come back into town, they finally report the crime. The wife is horrified by her husband's apparent indifference to the girl's murder.

The movie moves the setting to Jindabyne, New South Wales, Australia, and the crime takes on a new twist when the body is of a young aboriginal woman. When the men return from their fishing trip, the entire town is writhing from the racist nature of their inaction. Meanwhile, Claire, the wife of one of the campers and our narrator, is aghast at her husband's disrespect for the young woman's body. Amid a clash of cultures and against the backdrop of the Jindabyne Lake and the town beneath it, this uniquely Australian version of the story unfolds

Taking on the task of transposing print to film is daunting enough without the added challenge of transposing the story from one culture to another. So, does it work?

The answer is a resounding "yes." From the beginning, Raymond Carver's story is a universal tale, one that peers into the depths of the human condition with an eye toward gender differences, as well as a solid criticism of the hardened negligence that can so easily become a part of one's nature.

Of course, turning a short story into a feature-length film requires careful additions and expansions to the plot. I found the inclusion of cultural clashes and interracial strife to be an effective expasion of Carver's original storyline. Additionally, the characters in the movie are well developed and complex. As the movie progresses, viewers become privy to an understanding of Claire's struggle with postpartum depression, a condition that has already complicated her relationship with her husband, as well as with other residents of Jindabyne. Her status in the community as the unstable housewife adds tension as she argues with the wives of the other campers, who would much rather forget about the incident than to deal with any implications of their husbands actions.

Unlike the story, the movie ends wrapped up almost as neatly as a British romance novel, but the thoughtful viewer is left to wonder what Claire will choose for her family's future. In other words, one may find warm fuzzies to take to bed after watching Jindabyne, but don't be too certain that the happy remains in the ever after. 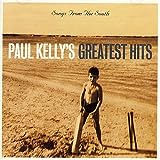 While the original story from Carver is skillfully woven, the film adaptation is even better. There is, however, one other telling of this tale that deserves a mention. Director Ray Lawrence first became acquainted with the original story after listening to the song "Everything's Turning to White" by Australian folk-rock artist Paul Kelly. The song, which Kelly composed shortly after the death of Raymond Carver in 1988, peaked Lawrence's interest immediately, and he approached Kelly about the possibility of using the plot in a movie. Naturally, Kelly referred Lawrence to Carter's short story, and, as they say, the rest is history.