Azusa Yamamoto: Photo Gallery of This Beautiful Supermodel That Is Also Famous in Thailand

Who is Azusa Yamamoto?

Azusa Yamamoto is another one of these very pretty Japanese supermodels. She is said to have that cute kind of girl next door look. This Chiba, Japan native made her entertainment industry debut in 2001 when she made her debut for a teen fashion magazine called Cawaii. She was born on April 24, 1981. I know that the word Azusa to people in the United States means that city in Los Angeles County. It is really interesting that her name is also the name of a city. Here are some of her other stats:

Why Azusa Yamamoto is one of those unique supermodels

Azusa got a massage done in Bali, Indonesia in May 2012. She is also known as a bikini model which means that she poses in bikinis during photo shoots. She has appeared in a variety of Japanese TV shows but I won’t list them here because that would make it too complicated for non-Japanese speakers to read. Azusa has done 9 photo books and she has 16 DVD appearances to her credit. She has appeared in commercials for Suzuki, DoCoMo, Lawson, Mazda and J-Pop station. She also is skilled in speaking English and Korean. She got a pretty big amount of praise in Thailand back in 2010. It was in that year that the country’s version of FHM Magazine named her one of the 7 cutest Japanese idols. What else makes Yamamoto unique? She has done photo shoots where she is dressed in clothes having to with a specific profession. She has been seen dressed as an office worker, as a waitress, and as a nurse.

Various photos of Azusa Yamamoto dressed as a student, professor or just as a tourist

In late 2014, it was announced that she was pregnant with a child with plans to have the baby be born in Singapore. She married a businessman in January 2014. She gave birth to this baby in December 2014.

Azusa Yamamoto having fun at the beach

Map of Funabashi and this is Yamamoto's birthplace 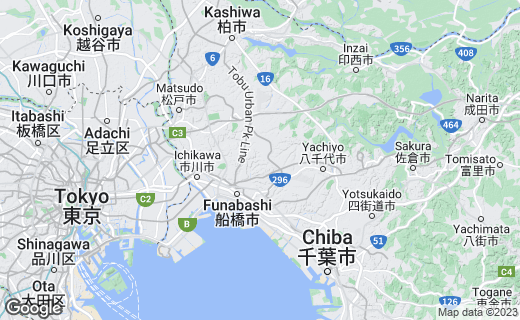