The True Story of the Home of the Blues

Robert Odell, Jr. is the senior video editor for the Take Me Back to Beale project, a 100-year chronicle of Beale Street History.

The Home of the Blues

Memphis is called "The Home of the Blues." The blues lived out its infancy and enjoyed the comfort of home, on Beale Street, in Memphis, Tennessee.

The movie Take Me Back to Beale is a docudrama. A docudrama is a documentary drama that features dramatized reenactments of actual events.

Take Me Back to Beale is a docudrama that reenacts the one hundred year history (1901-2001) of Beale Street. A docudrama is a documentary drama that features dramatized reenactments of actual events.

Take Me Back to Beale is written and directed by Carolyn Yancy-Gunn. It features over seventy students and graduates of Carolyn's Finishing Academy. The academy is a center for the performing arts and teaches charm and etiquette.

The director chose to film the majority of the docudrama on location in nostalgic areas in Memphis. The filming sites were incredibly similar to the different eras of Beale Street portrayed in the movie.

Produced in three parts called "books," each section of the film represents a distinct period of real Beale Street history.

Fiction weaves the plot of Take Me Back to Beale within the dramatic fabric of actual history. CFA graduate Arthur Smith portrays the icon, W.C. Handy, while Tony Patterson, also a CFA graduate, plays the fictional character, Hank.

In the docudrama, which is also a trilogy, the spirit of W.C. Handy enters his statue in Handy Park on Beale Street. After entering the figure, the essence of Handy takes Hank, a lazy construction worker, working on the renovation of Beale Street in 1981, on a tour of Beale Street. The journey spans over one hundred years of Beale Street History. Hank experiences the saloons, the bawdy houses, the blues, and the sultry sounds of jazz. He then bears witness to the trials of every dream-filled hopeful that ever came through Beale.

The subtitles of each book (era) further emphasize the fictional aspect of the trilogy. The captions point to events that occur before, during, and after, the fictional character, Hank visits a Beale Street hoodoo lady in the 1940s.

As Hank's visit with the hoodoo lady comes to an end, she places a red, good luck ball around his neck. She then gives Hank the harrowing instructions, "As long as you wear this red ... luck ball, the renovation of Beale will be successful."

Professional portrayals of authentic Beale Street culture and celebrities inundate the docudrama. Carolyn's Finishing Academy students and graduates, who make up the cast, provide an entertaining and colorful twist to the study of history. Many of the graduates perform more than one role in the film. The students deserve a "pat on the back" for diligently studying, ahead of time, each character that they portray. Most of them provided their costumes and makeup themselves and are virtually indistinguishable from one role to the next.

CFA Productions Inc., the production arm of Carolyn's Finishing Academy, handled location logistics. Hollywood productions such as The Firm, Hustle and Flow, Black Snake Moan, and Walk The Line used some of the same areas for filming. The excellent filming locations, along with the enthusiastic student participation, serve as invaluable assets for the modestly, budgeted production. Take Me Back to Beale offers the viewer a well-trained cast, an evocative and creative storyline, and preeminent historical content.

Take Me Back to Beale offers the viewer a well-trained cast, an evocative and creative storyline, and preeminent historical content.

Book I Historical Sites and Events

Muddy Waters in the 1950s (Reenactment)

Each book (part) of the Take Me Back to Beale trilogy averages around ninety minutes. The whole series is approximately two hundred seventy minutes. Part one of the trilogy has achieved accolades for standing room only attendance at festivals and private showings. Cutting the project to one movie of around one hundred twenty minutes was an option. Fortunately, viewers can still see the many classical settings and the informative dialogue that the three films offer. The decision to make a trilogy out of the production rather than cutting it down was a welcomed choice that the director made.

Did you know that by the turn of the 20th century, Beale Street had become something of a self-contained microcosm with churches, pharmacies, groceries, public housing, and entertainment venues? 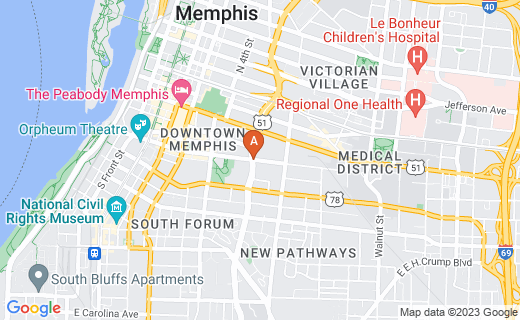 Memphis gave birth to the blues when W.C. Handy pinned his first blues song in Pee Wee's Saloon on colorful and historic Beale Street in 1909.

Take Me Back to Beale received an honorable mention for standing room only audience attendance in the Indie-Memphis Festival.

Well Worth the Time

Take Me Back to Beale offers a tasteful reenactment of actual Beale Street History. Even though it is an independent film with a modest budget, the creative and colorful storyline, the accuracy of its content, and the professionalism of the cast make the film well worth the time to view it.