Bach, Blues and Sun Ra or The Art of Improvisation in Music

The first humans who invented music were improvisers, the first cries of a new born child is improvised music. So, improvisation is the main source of new inventions in music. Everything starts with improvisation.

In the following hub I would like to introduce three great achievements in the art of improvised music.

Johann Sebastian Bach was born on March 21st l685 in the town of Eisenach in Thuringia/Germany. For many years, members of the Bach family throughout Thuringia had held positions such as organists, town instrumentalists, or Cantors, and the family name enjoyed a wide reputation for musical talent.

The young Johann Sebastian was taught by his father to play the violin and the harpsichord. He was also initiated into the art of organ playing by his famous uncle, Johann Christoph Bach.

Bach's abilities as an organist were highly respected throughout Europe during his lifetime, although he was not widely recognised as a great composer until a revival of interest and performances of his music in the first half of the 19th century. He is now regarded as the supreme composer of the Baroque, and as one of the greatest of all time.

But was he really a composer or rather an improviser who had no possibilities to record his music and for that reason he wrote down his improvisations? Some well known musicologists agree that he (and others like Beethoven, Mozart and Chopin) was first of all an improviser. In the late 1970s I met a church organ player who was well known for his cooperation with jazz musicians, and asked why he worked with improvisers, he replied that the music of Bach was beautiful but sometimes a bit boring. I think it is really boring to listen again and again to Bach's music when it is played in the same way, exactly in the way he wrote it down, something Bach probably had not in his mind when he wrote down his improvisations.

Blues is the name given to both a musical form and a music genre created primarily within the African-American communities in the Deep South of the United States at the end of the 19th century from spirituals, work songs, field hollers, shouts and chants and rhymed simple narrative ballads. Blues was played on the American continent by descendants of African slaves, it was played on instruments which European immigrants had brought to the continent - it was the first World Music.

Many of the early Blues musicians were travelers, and so the original, improvised form, the Country Blues was spread all over the countryside by these traveling musicians until it reached the big cities where it was turned into the City Blues and later Rhythm'n'Blues. Recorded examples of the early Country Blues are rare, but the City Blues and especially the Rhythm'n'Blues are well documented. In all his stages Blues influenced jazz musicians and later it became an important source for creative rock music and other forms of popular music.

Claiming that he was of the "Angel Race" and not from Earth, but from Saturn, Sun Ra developed a complex persona of "cosmic" philosophies and lyrical poetry that made him a pioneer of afrofuturism as he preached awareness and peace above all.

Sun Ra's music ranged from keyboard solos to Big Bands of over 30 musicians; his music touched on virtually the entire history of jazz, from traditional to free jazz; he was also a pioneer who made extensive use of electronic keyboards and who experimented with free improvisation as early as in the mid-1950s. 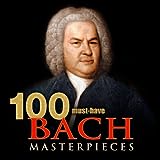 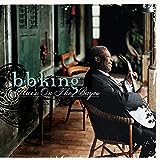 Blues On The Bayou
Buy Now 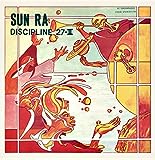