Ballerina of the Bolshoi and Mariinsky theaters- Anastasia Volochkova

As I went through the article, I could feel the personal touch and emotions of a world famous artist and I wished to share it with everyone. Not everyone who searches the internet comes across every piece of article that was written in the past. Neither do they get to read everything that is published in all the sources. I also liked the way it is being presented by the author, giving a personal touch to his meeting with this great ballerina. So here it goes……..

He describes her as a Light and elegant. She smiles at him softly and looks a pretty young lady. She is in a White sweater and tight black pants, with very light makeup. She has an open conversation about everything that was of interest to him. Anastasia Volochkova in the recent past was a ballerina of the Bolshoi and Mariinsky theatres, and presently a free artist on tour around countries of the world.

Anastasia's opinions about the world are very modern and sometimes plain simple. He himself has been sitting beside her thinking that sitting next to him is a princess from a beautiful ballet tale.

He could not control himself from asking her .......

In what time period do you feel most comfortable?

"She replies, at the minimum, the XIX century. She feels that time a time of cleanliness, of bright romantic love, of faith in a wonderful life, in love and in forgiveness of one another"

It is quite interesting and surprising at the same time to see how a modern day ballerina feels about the present world and its culture.

"Anastasia, do you support your faith in book idols artificially?"

"No, it's just that I sincerely wish for all that"

Now as their conversation continues, the mother of the ballerina, Tamara Vladimirovna, steps in: She starts to talk about her daughter, how she personally feels about her, and also how her daughter feels with people.They both talk over a cup of cofee

"Nastya is very trusting; all our tragedies are because of that. She steps out of the house, meets reality, and then cries. Because she always goes to people with an open soul, and then it turns out that she is either robbed or betrayed. She is a totally defenceless person, and transparent to add, and it is so easy to cheat her."

Leaving her coffee behind, the mother departs and Olga continues talking to the ballerina.

Anastasia strongly believes in God. She says, "About protection, I have only one patron," It is the lord God".

He asks her, "Do you believe in god?"

She replies that many times she has had bad situations where she has been real hopeless, which, without participation from God, simply could not have been resolved. She has had many trials and difficulties in life. She says that it is easier for her if someone cheats or betrays her, as long as she is not the one doing it. She happily says, "Happy is the one who feels happy".  She says that her happiness consists of small things like flowers, candles on the table, the realisation that her mom and her white cat Markiz are close by. They bring her a lot of joy.She also longs for many other things like work, shows, friends, more life. Her pholosophy of life is. "She is not tied to her wishes, because she knows that hopes, as a rule, do not come true. The best thing is to wish but not wait. Then everything turns out to be a wonderful surprise."

Olga asks the next question...

"Did you consciously choose the fate of a free ballerina, and London as your residence"

Anastasia says that she gets a warmer reception on London than her home Mariinsky. She goes for classes at the Covent Garden theater and she feels at home. She has a lot of bitter recollections of the time when in Russia they started calling her a stranger and also put up barriers and obstacles for going on stage. She  considers herself a Russian ballerina who finished at the best choreography school - the VaganovaballetAcademy, and danced in the world's best, the Mariinsky theater. But todayshe has an apartment in London and feels good there. she likes the people on the street , the gothic architechure and the flowers which she  cannot at all without in her life.

"Does the tail of a Russian ballerina follow you there"

she says most people know her as simply Anastasia, since in the west this name is associated with the Great Russian princess.

"Do you feel yourself a star?"

she refuses and says that there is no such concept of a star. According to her, a real star is a personality, and she also believes that being a star and having public fame is not everything in life.

"Are you a vain person?"

she agrees to that and says that she gets innner pleasure from what she has. she feels happy about her Mom who always guarded her and made everything so that in the material sense she is not indebted to anyone for anything. She also adds that no one promoted her and also that she had no sponsors.

she is then asked the final question......

"Does money give you independence?"

She totally agrees to that and describes how she was able to create a solo program of ten pieces with brief pauses for dress changes. she is proud to have done something like that which no one in the world has done before. She has also been able to perform well and has had the ability to show herself from different angles (classics and the contemporary). she is also happy that she accomplished everything with her own money only and she does not believe in patrons. She is also happy about the fact that the project allows her to be and dance in Russia." 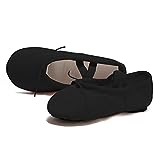