You want to know the real killing joke about this movie? It's that it had so much potential to be great, but falls short on it's proverbial a** so hard that it borders along the lines of laughable. Based on the graphic novel of the same name. This story features Batman taking on his arch nemesis, Joker, in what seems to be a deadly battle of wits.

Granted, I will admit that even though I'm not a huge Batman fan, I will say that I always respected the character. Not just because he has some of the most iconic villains in history, even though that's part of it. But mostly because I respect how well written most of his stories generally are. In fact, you could argue that it's almost impossible to make a bad Batman film because there's so much you could do with the character, which only makes this film all the more tragic.

The movie starts off with Batgirl getting caught up in a deadly game of "cat and mouse" with some big time son of a prestigious crime lord. The guy flirts with Batgirl a few times, even though she seems to have an eye for Batman mostly throughout this film. However, we'll get to that part later.

Anyways, he basically plays her for a fool, and she continually falls for his tricks almost every single time; in spite of Batman's warnings. Without giving away too much, all these events inevitably lead to Batgirl and Batman making love on the roof.

While it's not explicitly stated, it's kind of obvious Batgirl immediately starts to develop feelings for Batman, after their lovemaking, but Batman being the cold hearted loner that he is keeps her at a distance afterwards. Insisting that the life of crime fighting is way too dangerous for her. She gives in, and cue in the Joker for the second and third act.

Yes, I get that they were trying to establish more of an emotional connection between Batgirl and Batman, before she gets shot by the Joker. However, here's the problem...Batman has almost no personality in this film, nor does the movie itself ever allow us to connect with him on an emotional level. Granted, you can argue that they were going for a dark and serious feel for Batman, who's hardened emotionally from years of crime fighting, but that's not a valid excuse because even when Batman has been portrayed at his darkest, there's always been little moments to remind us of his compassion for humanity itself, or to show how he does care about those around him.

In "Batman: The Animated Series" for instance. Batman stops Robin from killing the man, who killed his parents. At the end of the two part story arc, Robin makes a comment thanking Bruce, as he says that Batman probably knew he was trying to kill the guy, and if he had done it, then he might regret it. But Batman chimes in saying how the real reason was because he didn't want him to take Robin too. This is a powerful moment in the animated series, as it highlights how deeply he cares about Robin's well being. Granted, Batman didn't get emotional or anything in that scene, but the dialogue itself was enough to suggest that Batman did care about Robin's well being, even if he rarely ever says it enough.

In Tim Burton's first Batman film. Batman is often portrayed as a dark character, who's origins are mostly shrouded in mystery. He says very little, yet he says quite a lot with so little words. When Vicky Vale meets Bruce inside the Batcave, after discovering his secret, she cries softly saying how she's not sure what to make of all of this. Fair point. After all, what do you say when you find out your boyfriend is Batman? And in that moment, Bruce says with a stern face, "Sometimes I don't even know what to make of all of this." That one little line right there is enough for us to know exactly what Batman is feeling at that moment. It's subtle, yet direct.

in that line, we know that even Batman is unsure how to interpret his own life, and how he's even confused as to why he feels the way that he does. It brings a sense of humanity to his character, and makes him a bit more relatable.

The point is even when Batman has been as his most ambiguous and darkest, he's always been written to where you can always relate to him on some basic level. This is where this movie fails. Yeah, it does portray Batman as being a loner, but where are the small emotional moments that allow us to connect with his character? 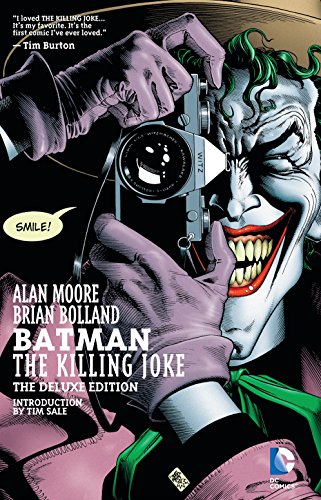 After he f**ks Batgirl, he doesn't say anything. No change in his facial demeanor. If anything, he just pushes her away. No explanation. Sure, we get that their brief romance meant something to her, but he never says anything about what it meant for him. Instead, the movie relies on the audience to figure out what Batman is thinking in all of this, which is a bad way to tell a story.

Now, I'm not saying that everything needs to be spelled out for us, nor am I saying that I would want Batman to make a declaration of love to Batgirl, after they had sex. No, all I want is some sign that he may have cared about her instead of looking like an a**hole, who banged a hot girl for a one night stand.

Seriously, would it have really killed him to say something like, "I'm sorry Barbera, but I can't allow anyone to get close to me in this line of work. I already lost people that I love in my life, and I can't afford to lose anyone else that gets close to me." Seriously, anything along those lines would've been acceptable, and it would've shown some essence of humanity in Batman. He could've still said something like that with a serious demeanor, and it still would've worked. Here, he says nothing to her, after he has sex with her. Pushes her away even more, and never says a word to her, which does nothing to really help us connect with Batman as an audience.

And to make matters worse after Joker shoots her, and puts her in the hospital, he never says anything to her. No change in his demeanor seeing Barbera in the hospital. Nothing to suggest that he may care for her as anything more than a friend, which makes the entire first act totally pointless.

But after the Joker is introduced, the pacing of the story picks up from there, as it quickly becomes focused on his arc fighting Batman. The animation style for the most part is very well detailed, and impressive, as it resembles the comic book rather well.

The cinematography for the most part is impressive; especially during the action scenes. For instance. When Barbera chases the mobster's son and his gang in a car chase, it's literally a sight to behold, as it's shot rather well. Making you feel like you're right in the action.

The voice actors are great reprising their roles, even though it was rather obvious that Mark Hamill is unable to do the trademark Joker laugh these days. But, he's able to give us a solid performance anyway, as the clown prince of crime.

Like I said before, most of the movie is ruined by the fact that it never allows you to get a sense of who Batman is as a character. At the beginning of the film, it's essentially Batgirl's story to establish more of emotional connection with Bruce. But in the second act on forward, it becomes Batman's story. But since the film never establishes who Batman is as a character, you never give a damn about him in the following acts. Hell, they don't even allow us to connect with him during any part of the second or third act, which makes "Batman: The Killing Joke" arguably one of the most disappointing films of 2016.

Unless you're a die hard fan of Batman, or you just want to see Batgirl in a bra, then I'd say pass on this one because you won't be missing much. .