Beards and the men who made them famous.

Ahhhh, the beard. A field of study that I'm a grade A, number 1, U.S. choice expert in.

The mystery and authority that comes with it is unparalleled. It is the epitome of manliness that's genetically given to most of the male population. You could take a hundred pound nobody and turn him into a figure of mystique and power by just having him neglect the razor for a few weeks.

Since the dawn of time, the beard has had many shapes and forms; with that comes different meanings for different cultures.

I remember when I was younger, around 12 or so, and my peach fuzz had just come in. I was so amazed at it, and like all young men at that age, I couldn't stop playing around with it. I would twirl it in my fingers and just marvel at the sudden growth of soft stuff on my face. I guess I should've seen it coming, my father was a bear after all!

But I'm not the only guy out there with one. Truth be told, there are some beards out there who are famous because of the people they're attached to.

What kind of beard have you grown? 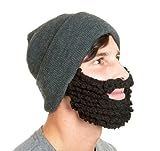 The style we're going to focus on in this hub is the Full Beard. This is so popular that they've even designed a beanie called the Beardo to take advantage of the natural protection against cold that the beard gives your face.

This beard is special. This style says that I can kill every single bad guy in every single movie I'm in. This style is the ultimate machismo in the search for grandiose action heroes and it shows! It's almost like it's an unspoken law that when this beard appears, bad guys within the general viscinity of 10 feet of it should die. It's kind of like Evil Villain Kryptonite!

This style evokes a sense of 80's manliness that's rare to come by these days. In the time of metrosexual pale vampires and peach-fuzzed teen wizards from Hogwarts, the manly beard is sorely missed. Oh, don't get me wrong, it's beginning to make a comeback. Shows like Beard Wars and Duck Dynasty are starting to bring it back with a passion.

This list is going to detail a few famous guys who rock this manly style well.

Chuck Norris - a man who is not unknown to the masses around the world. The memes about this man are stuff of legend.

His is the basic full manly beard but one that says that I have complete control of each and every situation I'm in. The authority of this beard says it all!

Chuck has a few claims to fame that add to the mystique of the man.

One of the biggest is that he actually fought the legendary Bruce Lee......and lost. Of course, supporters of the man are quick to point out that Chuck Norris is still alive while Bruce Lee has long since passed. Coincidence?

The beauty of this beard is that it only takes me roughly 3 weeks to grow, so I am definitely a big supporter!

The one movie that cemented Gerard Butler's role as a leading man was "The 300 ". This is also the movie that proved that Subway wasn't the only home of the footlong!

The most amazing thing about this beard is that it almost didn't exist.

Gerard Butler goes on record as saying that he had grown a shorter, sexier version to begin with. But after some deep thought about it, he decided that if he was going to play this warrior king, he needed the Grand Daddy of em all Beard. So he grew that bad boy out another 8 inches or so and now we have this amazing Chin Spear!

This is one I've thought about attempting myself but I don't know that I have the patience to wait that long. This one takes months and months of tender loving care to grow, but if you want to intimidate the unrelenting armies of Persia, by all means go for it!

Okay, okay.....technically called the WOLVERINE. I don't know, I just wanted the title to be something you didn't expect!

This style gives you the uncanny ability to look ticked off and angry no matter if you were laughing, smiling, or crying.

Anyway, this one is Hugh Jackman. He made this famous with his appearance in the X-Men franchise. Funny enough, this role was a defining one for him as well as it opened up many opportunities for his movie career. The uniqueness of his over-sized mutton chopped appearance led many a fanboy to emulate his luscious locks! Thankfully, they don't have blades coming out of their fists.

I haven't tried this one yet, it looks pretty ridiculous. Pay no attention to the picture to the right. That's....someone else.

Very few people can actually pull this off and look this good.

The name is Connery, Sean Connery.

Mr. Connery is one of them. Somehow, he manages to pull off youthful and jubilant with the moustache.....and a wise older jedi master with the rest of it. Reminds me of old Obi-wan Kenobi with a Scottish accent.

Whether it's commanding renegade submarines in "The hunt for Red October" or ruling a kingdom as King Arthur in "First Knight", this beard adds a sense of wise authority mixed with the ability to have everyone younger relate to you.

I wouldn't know much about this one. I'm sure some of my readers probably do.

Jim Caviezel made this famous with the "Passion of the Christ."

Jesus Christ sported this look when he decided to come down to our level. The reason we know he actually had a beard is because of the culture of the day in ancient Israel. It would've been counter-cultural for him not to have one, and I always like to say that God is not like a space alien bringing something high tech to cavemen. He meets us right where we are and relates to us. For the Son of God who died for all mankind's sins, it requires a two step approach.

First is the almost King Leonidus look. Long hair over the entire face. It almost has a sense of empathy, love, and authority to it.

The second is the bloody beard look. I don't recommend this one as it requires you to go find some people to beat you nearly to death. I respect this look highly but don't want to emulate It.

The Wiz is made popular by....you guessed it, wizards! The Wiz is typically over 2 feet long and scraggly.

As there are many wizards over the years to grace the silver screen, only a few really have made a lasting impact on me personally.

Probably the most well known and beloved wizard is Gandalf the Grey from the "Hobbit and "Lord of the Rings" series. Played by the amazingly talented Sir Ian Mckellan, he is an absolute staple to J.R.R. Tolkien's stories. You'll find Gandalf spending most of his time hanging around Hobbits, going on adventures, and smoking pipe weed.

This style portrays years of authority, wisdom, and experience, with a touch of grandfatherly compassion and kindness as well. It's also a warning to those who would raise the banner of hostility; the wielder of this beard has the power to roast you to death with a mere look.

Santa Claus is the most successful movie star of all time. He's starred in more movies than possibly any other person in the history of cinema. Chew on that for awhile.

No Famous Beard list would be complete without adding Santa's into the mix.

There are many origin stories of this legendary figure. About 90 percent of the world's population know him by many names; Father Christmas, St. Nicholas, or Kris Kringle, just to name a few.

One thing is for certain, the kiddies look forward to this beard around Christmas time! They know that when they see him sitting on his little red throne in malls and department stores that the gifts will be pouring in like crazy. All they have to do is sit on his lap and tell him what they want.

The Guys from Duck Dynasty 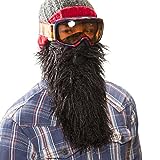 You may have seen these beard-cladded hillbillies on A&E during the week. Needless to say their show is very popular, and it is one of a few on air right now bringing beards back into the limelight.

Their beards are an amalgation of the Wiz and the Claus styles.

This video kind of says it all.

Well guys, I hope you liked the Big Beard Off. I hope you learned something from it, that it brought some laughs, and enjoyed it overall.

Beards, what would we do without em?