Film, particularly documentary film, has a special storytelling ability and is an invaluable resource in teaching history. I studied communications (which included film) and African American studies at the undergraduate level and urban planning in graduate school. Since I began assisting with student activities as Director of Public Relations at a small, majority minority college in Chicago, I have tried to bring film and video into the classroom, student activities, and other teaching venues. For seven years, our department held an African American film festival during Black History Month, with lectures and discussions before and after each film.

As with anything, there are a good number of worthwhile documentaries, a whole lot of mediocre ones, and a select few that are truly excellent. After screening and researching dozens of documentaries on African American life and history, here are some of my recommendations:

Hoop Dreams is not only the best documentary focused on African American lives, I believe it is one of the Top 100 films ever made-- of any kind-- in the history of American film. It’s a compelling story of the hopes and dreams of two talented teenage Chicago basketball players, and their attempt to navigate through their adolescence surrounded by the difficulties of urban life in the 1990s.

The film debuted at the Sundance Film Festival in October 1994, and despite its length of 171 minutes, won the Audience Award for Best Documentary. Made at a cost of $700,000, the film grossed nearly $12 million at the box office—a stunning amount for a documentary, and even more so for a nearly 3-hour documentary about teenage African American basketball players. Both Gene Siskel and Roger Ebert of Siskel and Ebert at the Movies named Hoop Dreams their best film of 1994. Roger Ebert later named Hoop Dreams as his choice for the best film of the decade, above Pulp Fiction, GoodFellas, Fargo, Schindler’s List, Malcolm X, and JFK.

The National Film Registry at the Library of Congress inducted Hoop Dreams into the registry in 2005, one year after the minimum waiting period for eligibility; two years later, the International Documentary Association named it as their selection for the best documentary ever made. The Producers Guild of America gave Hoop Dreams an award for Special Merit in 1994. The following year, Hoop Dreams won a George Foster Peabody Award and the Robert F. Kennedy Journalism Award.

The Emmy-winning documentary from the PBS’ "American Experience" historical documentary series employs newsreel footage and interviews from famous and ordinary people to illustrate the struggle for civil rights between the Brown vs. Board of Education Supreme Court decision in 1954 and the 1965 Voting Rights Act. Included are in-depth segments on the Montgomery bus boycott, the integration of schools in Little Rock, the murder of freedom riders in Mississippi, and Martin Luther King's marches for freedom. 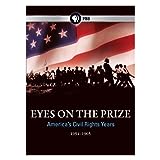 Director Leon Gast’s insightful film about the hype and exuberance leading up to the October 30, 1974 heavyweight championship fight between Muhammad Ali and George Foreman won the Academy Award in 1996 for documentary. The film footage is colorful, candid and revealing; the subject matter is a snapshot of a moment in time when the hype surrounding a boxing match provided rare insight into the edginess of race relations in America in the mid 1970s. This is a superbly-crafted film from rare footage that gives an important insight into race relations at a point of conflict.

PBS’ P.O.V. documentary series produced a surprising documentary about one of the leading lights of the Civil Rights movement, Bayard Rustin, who also happened to be an ”out” gay man for most of his life. Rustin’s activism and non-violent approach to civil rights demonstrations pre-dated Martin Luther King’s demonstration strategies, and his organizational abilities made him a clear choice to organize the August 1963 March on Washington. But his open sexual orientation—long before there was such a thing as a gay rights movement-- was often at odds with the mainstream of the African American civil rights movement.

The brutal and shocking murder of Emmett Till, a 14-year old Chicago boy visiting relatives in Mississippi, shocked much of America into recognizing the everyday violence and racism endemic in the American South. Till was abducted from his uncle’s house, tortured, and murdered reportedly for whistling at a white woman. His nude and disfigured body was found in the Tallahatchie River several days after his disappearance, shot in the head, an eye dislodged from the socket, and his body weighted to a metal fan blade fastened around his neck with barbed wire. His mother insisted that his funeral be conducted with an open casket to illustrate the violence and barbarism of racist elements in the United States, which sparked an outbreak of organized, non-violent protests.

One of America’s greatest-ever composers is chronicled in a PBS’ Independent Lens series documentary. Strayhorn hooked up with Duke Ellington in 1938, and composed the band's best known theme, "Take the 'A' Train," and many other pieces that became part of the band’s repertoire. In ensuing years, compositions such as “Lush Life,” “Chelsea Bridge,” and “Satin Doll” became jazz standards. But Strayhorn himself stayed deep in the background to hide his sexuality.

The phenomenon of Strayhorn remaining mostly anonymous despite his prodigious contributions to the American music songbook is a sad reality that resonates not only with African Americans but especially with gay people who are members of racial minorities in the United States.

The Black Power Mixtape 1967-1975 (2011) Amazing footage shot by Swedish journalists interviewing some of the leaders of the Black Power movement.

Unforgivable Blackness: The Rise and Fall of Jack Johnson (2004) Ken Burns examines the life of boxing champion Jack Johnson, as he navigated the familiar racist forces that brought him down a century ago.

4 Little Girls (1997) Spike Lee takes a turn as a documentary filmmaker focusing on the notorious terrorist bombing of a Birmingham church during the height of the Civil Rights Movement.