My Guide to the Best Irish Folk Music

There is an almost bewildering array of Irish folk music out there, much of it wonderful, some of it bland and disappointing. There are Irish folk artists who stick closely to their Irish traditional music roots, while others are influenced by folk music from around the world. Here is my guide to some of the best Irish folk artists I know - singers and singer-songwriters who bring together the haunting beauty of Irish traditional music with the dynamism of the modern folk movement.

In early Gaelic society, harpers and bards were among the most respected professionals, equal to warriors and kings. Music for dancing such as jigs and reels, and also slow laments, were played on traditional instruments such as the harp, the fiddle (violin), the uileann pipes (a smaller version of bagpipes) and the bodhran ( a tradtional hand-held drum).

When the Irish immigrated to the new world they brought their musical tradition with them. Irish and Scots-Irish folk music had a significant impact on the formation of bluegrass, and country and western music in North America. In turn, these American traditions have gone on to influence Irish musicians of the twentieth century - returning the favour so to speak!

Other instruments were later adopted from other countries, such as the guitar, banjo, and accordion, and even electronic instruments such as keyboards were fused with tradtional Irish music in the late 1970s and into the 80s. Clannad would be one example of a group who blended traditional Irish sounds with electronica - their most famous member, Enya, has gone on to enjoy an extremely successful solo career.

Today folk musicians in Ireland continue to be influenced by the traditional music of Ireland - the jigs, reels and ballads of days gone by, but also by more modern international influences such as pop, blues and country music. 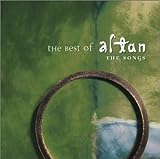 Since the Chieftains and the Dubliners started to make their mark in the 1960s, giving Irish traditional music a new modern energy and bringing it to a world stage, many folk music groups have formed in Ireland to rework old songs into new and imaginative versions. Planxty and the Horslips fused Irish traditional music with the energy of seventies rock, while Clannad embraced the eletronic sounds of the eighties. The Pogues, with the raw energy of frontman Shane MacGowan, have created a sound uniquely, angrily their own.

One of my favourites groups who are still active today are Altan. They are a six piece group from Donegal, the far northwestern county of Ireland, fronted by a singer with an amazing voice - Mairead Ni Mhaonaigh. They play traditional Irish tunes rather than their own compositions, but they play them with a freshness and verve which sounds truly modern. They have collaborated not only with other folk groups, but with classical orchestras, bringing Irish folk music to a wider audience, and a whole new level. And yet they manage to stay true to their irish roots - they sing not only in English but also in Gaelic as in the song 'Dulaman' below. 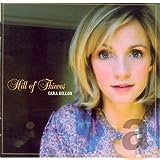 Hill of Thieves
Cara Dillon's latest album, and one of her best.
Buy Now

The folk singers of Ireland can be divided into two main groups - women with angelic voices and men with guitars who tour the country singing ballads almost in the style of a medieval troubadour.

Some female Irish folk singers to watch out for include Cara Dillon who brings a beautiful and engaging voice to traditional Irish songs, Maire Brennan - Enya's sister who has an equally haunting voice, Frances and Mary Black are both blessed with clear, powerful voices. And a couple of up-and-coming female folk singer-songwriters to watch are Julie Feeney and Juliette Turner.

The leading male folk-singer on the island, for me anyway, is Christy Moore whose career has spanned more than four decades from when he started out in the folk group 'planxty' in the 1970s. His solo career has seen possibly his best work. He has brought his gravelly and heart-felt voice to a range of songs and made them his own - from traditional Irish ballads like Nancy Spain or City of Chicago, to modern folk classics such as Ordinary Man, Ride On and Black is the Colour. He is an excellent performer, very engaged with the audience no matter how big the crowd, and his live recordings are arguably the best introduction to his work.

Other Irish male folk artists to look out for include Luka Bloom who has collaborated with the likes of Christy Moore and Sinead O'Connor. Tommy Sands has penned some beautiful ballads, including an extremely moving tribute to the violence in Northern Ireland called 'There were Roses'. And then there is Damien Dempsey, a working-class Dubliner who mixes Irish folk music with socially-aware lyrics - in many ways a true heir of the Irish folk tradition of Christy Moore.

You might enjoy my article on the Best Irish Drinking Songs - they're a whole theme in Irish folk music all to themselves!