Best Scored Movies of All Time

By far, my top selection for best scored movies goes to the 1993 film Dazed and Confused. From beginning to end, the music flows seemlessly with the plot in a perfect cohesion that actually brings you back into the 1970s.

Not only is the film an extremely relevant period piece which has only continued to gain truth as time progresses, but Dazed and Confused is also one of the best scored movies I have ever seen.

The soundtrack for this movie could not be more fitting and each song was clearly chosen and placed into the part of the movie it belonged to perfectly. The sound editing is simply remarkable and if you haven't seen this movie, you need to watch it.

John Williams composed all six of the scores for the Star Wars movies, from the 1977-1983 Original Trilogy versions, to the Prequel Trilogies filmed between 1999 and 2005. All of the scores are considered to be some of the top scored movies of all time.

The score for Star Wars Episode V: The Empire Strikes Back is the top selling all-orchestral soundtrack in movie history. John Williams became one of the most successful composers in movie history by bringing back the orchestra into cinema.

John Williams is a composer, a conductist, and a painist. Other scores composed by Williams include Jaws, Jurassic Park, E.T., and the Indiana Jones series.

Do you think the score is important to the overall success of a movie?

The Breakfast Club is considered to be one of the best soundtracks of all time by people of all generations. Unlike other movies on this list, The Breakfast Club makes the top choices for movie scores because of one song - "Don't You Forget About Me".

The song, performed by Simple Minds, was originally offered to Billy Idol, who turned down the track. After the release of The Breakfast Club in 1985, "Don't You Forget About Me" became known as the best song in cinematic history.

Nothing sums up the Reagan era more than the fact that a worthy band became famous overnight for a song they never even wrote in the first place.

Forrest Gump is a classic film that touched the lives of millions. The film starred Tom Hanks and received several Academy Awards, as well as Golden Globe Awards.

The score for Forrest Gump was composed by Alan Silvestri. The soundtrack to the movie was released on the same day as the movie and gained high acclaim from world renowned critics.

Alan Silvestri is a composer and conducter known for his work on the movie Forrest Gump, as well as the Back to the Future Trilogy, Captain America, and Marvel's The Avengers.

Consisting of 34 amazing songs, performed by artists such as Elvis Presley, Bob Seger, The Supremes, The Byrds and Jefferson Airplane, the soundtrack for Forrest Gump peaked at #2 on the Billboard Charts.

Disney is known for their high budget films that have no limitations, but I think it is safe to say that the movie The Lion King had a way of worming itself into all of our hearts, Disney fans, and non-Disney fans alike.

The score for the movie was composed by Hans Zimmer, composer for Gladiator, The Dark Knight and Inception.

Zimmer has received four Grammy Awards, two Golden Globes and one Oscar. Four of those awards were for his work with the film The Lion King.

The Lion King is currently the best-selling soundtrack album for an animated movie inside the United State. Over 7 million copies have been sold in total, with 4,934,000 copies sold just in 1994.

Titanic's soundtrack was released by Sony in November of 1997. Originally Enya was the composer that producer James Cameron had chosen for this iconic film, but when she declined, Cameron gave the job to Horner.

The most popular track from the Titanic soundtrack is Celine Dion's "My Heart Will Go On." The song won an Academy Award and a Golden Globe.

As someone who loves both film and music, this 6 CD set of the Greatest Film Themes is a favorite in my house and features some of the most classic songs used i 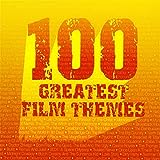 The soundtrack for Requiem for a Dream was composed by Clint Mansell and Kronos Quartet. Mansell's most well known scores include Requiem, Smokin' Aces and Black Swan. The Kronos Quartet is a string quartet that hails from San Francisco, California.

The movie, which follows several people of different ages as they fall down the hole of drug addiction, is tied seemlessly with slow orchestrated movies while the cast gets hooked on downers, and high-sped tracks as they discover uppers.

The soundtrack is as heart-wrenching as the movie, and because of this, it has gained critical acclaim from some of the world's most renowned film critics.

Soundtrack Cover for Eternal Sunshine of the Spotless Mind

Eternal Sunshine of the Spotless Mind (2004)

Beck heavily collaborated with Brion for this soundtrack, which included tracks from the Electric Light Orchestra, The Polyphonic Spree, The Willowz and Don Nelson.

The Great Gatsby, a film by Baz Luhrmann, is one of this centuries best scored films hand down. Not only is the film in and of itself exceptional, but the music for this film is absolutely captivating.

An adaptation of a popular book by F. Scott Fitzgerald, this movie was destined to either be a ballpark homerun, or a strike-out. Leonardo DiCaprio along with Toby McGuire managed to steal the stage however.

The score for the film was produced by Grammy Award winning musician Jay-Z and Australian screenwriter Baz Luhrmann. The soundtrack for The Great Gatsby consisted of pieces performed by Jay-Z himself, as well as Amy Winehouse, Florence and the Machine, Nero, The Bryan Ferry Orchestra, as well as many others.

The soundtrack for The Great Gatsby managed to bring the story into the 21st century while still maintaining F. Scott Fitzgerald's signature sound. Interscope Records released the soundtrack April, 2013. It debuted at number two on Billboard Chart's top 200 for 2013.

R. Kurt. Osenlud of Slant Magazine wrote that the album was "easily the most anticipated album of its kind in years" and further described its sound as an "extraordinary melding of vintage and contemporary sounds".