Betty White, a person I admire a great deal, because she has brought so much happiness into my life, laughter and her good deeds...yes, those are her callings.

When I was younger and living at home, my mother used to tell me how much she liked Betty, so as an adult I watched Betty in whatever program or movie she was in.

I moved to the Midwest in the early 80's and remembered feeling so lonely and far away from family, friends and all that was familiar, until I saw Betty on TV. I felt like I was at home hearing her voice, reminding me of my mother because of how mom felt about her...especially now since mom had passed.

Five years later I moved again, and again I felt lost and alone being away from all that was familiar...until the show "The Golden Girls"...I was so happy laughing again, seeing that lovely face, hearing that voice and just feeling at home with laughter...every night we went to sleep with laughter in our hearts after watching the show....Rose Nylund was my favorite character.

To me laughter is one of the most important things in my life, it makes you feel good mentally and physically. Since I'm not impressed with famous people I have no desire to meet any of them, but Betty White...she is the only actress I have ever wanted to meet, she makes me laugh and feel good inside, I really admire her. Watching the reruns I still laugh, it never gets old for me.

An actress, a comedian, a show host and an animal rights activist...all rolled into one....

I can't believe how much she resembles my mom in this photo above.

Beginning in 1939 Betty modeled and started her performing career in Little Theater...then in the early 1940s working in Radio portraying "Blondie" as well as performing in "The Great Gildersleeve" and "This Is your FBI."

Later she continued in Radio with her own "The Betty White Show," which transitioned into TV, and on guest appearances in 1949 becoming a regular on several shows.

The early 1950s she continued in Television by hosting and co-founding with several others a Production Studio names Bandy Productions. During that time she hosted and produced her own daily talk show and by 1960s made her debut in a film "Advise and Consent."

Through the early 1970s she appeared on the Tyler Moore show then becoming a regular. In the late 1970s she got her own sitcom "The Betty White Show." During this time she guest appeared on many shows including the "Late Night Show."

The 1980s brought back some recurring roles and she finally became known as Rose Nylund on "The Golden Girls."

Betty has achieved many awards that can be found on various websites, too many to mention here but all well deserved. 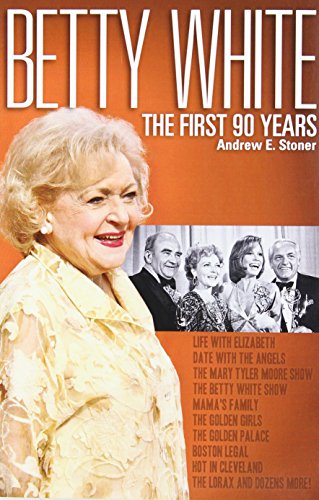 Betty White: The First 90 Years
Betty White has been in many TV shows, movies and adventures. She is an interesting and talented person with a personality and wonderful sense of humor...funny and snarky.
Buy Now 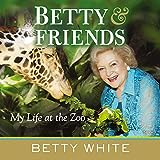 Betty & Friends: My Life at the Zoo
Because with all the negativity in today's world Betty brings humor and a good feeling to all that read this.
Buy Now

I received this book as a gift from Betty

Here We Go Again: My Life In Television
Betty White's memoir of her first five decades on television...an irreverent and irresistible Betty being herself in a true manner. She is a joy to watch on TV and a special treat to read this book. I was lucky enough to receive this autographed book Betty and Friends from Betty
Buy Now

A love for Animals rights and welfare -

Another endearing side of Betty

One of the endearing things about Betty White, is her love for animals and their humane treatment, she is involved in many organizations, including for the Animal rights and welfare.

Betty is also involved with the Zoo associations in the LA area - as well being the retired president of the Morris Animal Foundation.

What can I say, she’s up for anything that brings us laughter...

Do you enjoy Betty White, her humor, talent, and her love of animals?