Björk Does It Again 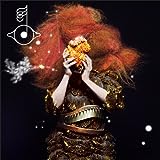 With her new 2011 release, Biophilia, we're reminded how, once again, she's right at the forefront of musical genius.

Biophilia is more than just a musical album: It's a glimpse of how interactive the future of music may become. You see, the whole album is based around iPhone and iPad apps--so each song is interactive.

There's been some talk about the exclusivity of the apps since many people don't have Apple products. However, no matter how you look at it, you've got to admit the idea is fantastic and will surely influence the way mainstream music is packaged for public consumption.

Biophilia - "Love of life or living systems." A hypothetical human tendency to interact or be closely associated with other forms of life in nature.

Biophilia is the world's "first app album" in collaboration with Apple. Björk has herself described the project as a multimedia collection "encompassing music, apps, internet, installations, and live shows." When is the last time you had a "song experience?" I'm going to hazard a guess and say "never" until you've experienced this interactive album.

It's a CD / MP3 album as well as a series of apps for iPhone and iPad. Each song (there are 10) is represented by a different app experience projecting you into a 3D universe. Crystalline, Virus, Moon, Thunderbolt, Sacrifice, Mutual Core, Hollow, Solstice, and Dark Matter each take you on a trip through Björk's universe, complete with--you got it--a really great soundtrack!

Here's a wonderful description of what to expect from Biophilia:

"Björk has collaborated with artists, designers, scientists, instrument makers, writers, and software developers to create an extraordinary multimedia exploration of the universe and its physical forces, processes, and structures--of which music is a part. Each in-app experience is inspired by and explores the relationships between musical structures and natural phenomenon, from the atomic to the cosmic. You can use Biophilia to make and learn about music, to find out about natural phenomena, or to just enjoy Björk’s music." -- iTunes

Biophilia is a "unique synthesis of music, nature, and science.” -- Björk

What People Are Saying

"On [Biophilia] she explores nature ("like a mushroom on a tree trunk as the protein transmutates.." she sings on Virus ), geology, and, as you'd expect being from Iceland, volcanoes on Mutual Core where she 'shuffles' around on tectonic plates, and then there's the nightmarish Hollow , which is a mix of surging symphonic beauty, faint doomed bass beats, and harrowing strings." -- Scott Kara, New Zealand Herald

"Ingenious compositions and concepts were employed to make this the ultimate organic experience. Specially made instruments show off the experimental cosmic side of her music, but her reasons for using them tie her ideas to the earth. Every sound, every word, every variation of atmospheric pressure on this album is there for a specific reason and the concept would fail if it was omitted. This painstaking process makes it understandable why we have waited 4 years for new material, although I must say it was worth it. Every second of waiting drifts into a fog once you hear the first chimes on Moon. The gaps of time are bridged and it doesn't matter how much of that absurd time has passed." -- Sethmol Recordings

One track is already pre-installed, but to listen to the others, users have to purchase them via additional apps (iPhone, iPad). The album is also available in strictly music form here.