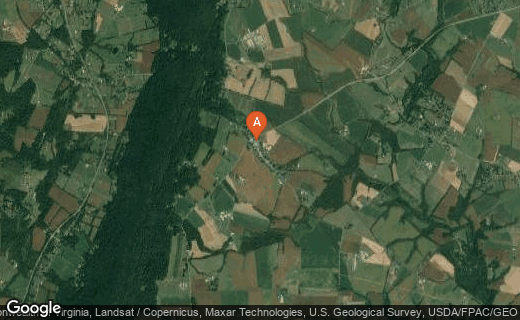 The scariest thing about this film is how incredibly unoriginal it is...

While the original "Blair Witch Project" not only created the "found footage" sub genre of horror, it was also an epic masterpiece that could be argued as being way ahead of it's time. Sadly, I can't say the same thing about it''s sequel, "Blair Witch", because it's essentially a giant piece of s**t. In fact, I'm just going to sum up this review with one sentence. "Blair Witch" sucks. The end. There's your review...... Oh wait, you want me to explain why it sucks? Alright. I'm game.

For starters. "Blair Witch" is essentially a rip off of everything that happened in the first movie. Granted, the premise is a bit different, as well as the campers' motives. However, it still plays out the exact same way. Lots of mugging shots in front of the camera. Campers get lost in the woods. They try to go back home, but they end up going around in circles because every path they take always takes them back to the same place they started. The Blair Witch shows up, as they even allow you to see what she looks like this time. And if you've seen the first movie of this franchise, then you have a pretty good idea on how this plays out.

Granted, this isn't the first sequel to rip off the original movie it was spawned from. However, in cases of other films where it worked, they at least tried to put a new spin on it. For example. In "Home Alone 2: Lost in New York", it's fairly obvious the film was essentially a carbon based rip off of it's prequel. Let's not even pretend like it wasn't.

However, you could still tell there was some degree of EFFORT put into it. The setting for the story was put on a grander scale. The stakes were a bit higher, as Kevin not only had to worry about protecting himself from harm, but he was also preventing a bunch of burglars from stealing from charity on Christmas. Whereas in the first one, he was only out to protect his home, and himself, from these same burglars.

In "Jurassic World", they essentially put more emphasis on the action and adventure aspects of the story that helped differentiate itself from "Jurassic Park", which focused more on the drama and thriller aspects to the premise.

And if you want to go back to as early as last December, "Star Wars: Episode VII- The Force Awakens" also shared a lot of parallels with one it's earlier prequels, "Star Wars: Episode IV- A New Hope", to the point that some have even argued that it's something of a rip off of the original "Star Wars" film. However, even if you're on the camp of saying it's a rip off, you still have to admit it introduced a lot of new story elements as well that wasn't in the original film. It not only expanded the lore of "Star Wars" itself, but it introduced new characters with their own diverse personalities that the franchise has never seen.

Take Finn for instance. He was a storm trooper that went rogue against the remaining elements of the evil empire of the previous films. This was interesting because it showed how not all storm troopers are mindless drones. It showed casual fans like myself that don't follow the expanded universe crap that the storm troopers are capable of making their own choices, and that they can easily have minds of their own if the opportunity presented itself. It not only helped expand the lore of star wars, but introduces an element that wasn't there before.

But in "Blair Witch's" case? It doesn't add anything new, nor is there any type of different spin on it, to at least make it interesting. All we get is a brief exposition about how some a**hole, who's the brother of the girl who died from the first one, is so distraught over losing his sister several years ago, when he was only four years old. Thus, he takes it upon himself to investigate the very same freaking woods, where she allegedly died.

And for all you black comedians out there chiming about how only white people are this stupid, I hate to break it to you, but our main hero has two black friends join him too! Wow, I guess this means that both black people and white people can be equally stupid....who knew?

Moving on. After this brief little setup, the rest of the movie plays out almost exactly the same as the first damn movie did. In fact, the only thing that's really different is the fact that you not only see the witch, but it gives you a brief exposition on why the witch looks the way that she does. Apart from that, you're basically watching the same damn film, which makes the new "Blair Witch" arguably one of the most boring uninspired movies of 2016.

Not to mention the fact that some of the camera work in this movie is questionable at best. If there's one thing I don't like about some "found footage" movies recently is the fact that some think it's more clever to use more than one freaking camera...it's not. If anything, all you do is remind people that they're watching a damn film when you do that. A "found footage" movie works only if there's ONE FREAKING CAMERA! If you use more than one, then it makes me question, "Who edited the film like this? And why?"

And in various scenes, it doesn't even make any sense. Don't get me wrong, I get our heroes are all wearing tiny cameras, on their ears. I get that, so that's why you always get constant camera changes during conversations. However, there's some moments I find myself scratching my head wondering, "who the f**k is holding the camera?"

For instance. Our heroes are marching through the woods, but the camera is laying on the ground looking up at them, as they pass by. Why is the camera on the ground? Who put it there? Is one our heroes doing this? And if so, then why? Why shoot a scene like this? It just raises too many questions.

Another scene for instance, they show off a drone that's capable of flying several feet in the air, in order for them capture their surroundings. Fair enough. But when we see the drone fly up in the air, during it's test run, we only see four people standing there. Yet when it comes back down, we get a third person perspective of all four freaking people standing there holding the f**king drone. Who the hell is shooting that scene if this is supposedly a "found footage" movie? Seriously, it's almost like this entire movie wants to be a traditional horror film, but since it's trying to capitalize off the "Blair Witch Project" name, they're trying to shoot it in the exact same "found footage" style, but failing miserably at it.

Overall, this movie sucks. If you've already seen the original "Blair Witch Project", then you already seen "Blair Witch" without even knowing it because it's basically the same damn movie, with some questionable camera work.