Gary is starstruck by celebrity and shares a few of his best picks for glamor and fame in Hollywood. He even has a glamorous pet!

Bollywood Actresses and Movies on Hubpages

Bollywood is the Indian version of Hollywood. With a billion people residing within her borders, India produces a lot of movies, and India has a lot of beautiful stars. Random selection has guaranteed many beautiful women and our hubbers have majored in Bollywood trends. Our hubbers have created some extraordinary hubs on this subject. You will see.

Included in this hub are actresses from Kollywood and Tollywood, from Southern Indian states. Kollywood has been producing films in Chennai since 1916

I hope you will bookmark this library of Bollywood sites and enjoy the convenience that this will give you. Keep in mind that some of these hubs show one picture but have many more in sequence. Just click on the slide feature. 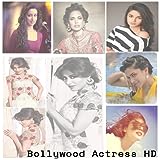 Who is your favorite Indian Movie Star? Do You Have an Opinion About Slumdog Millionaire?