I have only just recently started watching Bollywood films, and I've been totally missing out.  The songs are beautiful and fun, the characters emotional and extremely likable, and the stories are the kind that grab your heart and don't let go.  From the classics like Kuch Kuch Hota Hai to the top grossing Dhoom, there's something for everyone in a Bollywood film.  And as always, as university students, my friends and I made a drinking game out of it.  Be warned: do not take shots but rather sips of whatever alcoholic or nonalcoholic drink you're partaking of, or you'll end up passed out before intermission.  You don't even have to drink, but just enjoy the myriad of moments that are wonderfully cliched and adored in every Bollywood film you'll see.  So sit back, raise your glass, and enjoy the show!

Standing/Running Through a Field of Flowers

Originally immortalized by Dilwale Dulhania Le Jayenge. Take a double when the flowers are yellow.

When one person is singing to another without that person's knowledge and/or real presence. Very classic maneuver. This one is from Jab We Met.  Geet, played by Kareena Kapoor, is not actually present, though Aditya, played by Shahid Kapoor, imagines her to be.

Not just a gimmick in Bollywood movies, but universally known. Take two if it's the much more rare three way split screen.

One of the most well known Bollywood films and one of the most recognizable songs.  It's reused in many other films as background music or what have you.  Here's the original song from the movie.

I don't know what it is, but many a musical number, the chorus is filled with scantily clad white girls. Drink by appearance rather than every chick you see or you're at risk for alcohol poisoning.  This clip is from Kabhi Alvida Naa Kehna.

This clip from Kuch Kuch Hota Hai has a double whammy. First is this neck move that Shahrukh Khan is a legend for. The man is delicious anyway, but that move is HOT. And the second thing is the man holding the veil behind the girl. This is part of traditional Indian weddings, a symbol that the two are tied together. It's used a lot in Bollywood movies as a symbol of how two people are meant to be.

There's at least one in every film, and there's a double if it's done in the rain.  As cheesy as it sounds, they are always remarkably genuine. This clip is from Rab Ne Bana Di Jodi, which has I think at least three teary eyed monologues. There are no subtitles though, sorry!  But, trust me, you get the idea.

Pigeons are a big thing in Bollywood films, representing freedom and love. I personally don't get it, but that's me. This particular photo is from Bachna Ae Haseeno.

A triple threat. First, there's the tried and true scarf twirling. Then dramatic slow motion. And finally, random foreign locations during a musical number that have no relation to the movie whatsoever. This clip is from Kabhi Khushi Kabhi Gham starring Kajol and Shahrukh Khan.

Crying in the Rain

Beautifully dramatic if somewhat emo, but with an honesty that prevents it from being campy.  Crying in the rain is a signature move in every Bollywood film, because no one ever has an umbrella.  Another one from Kuch Kuch Hota Hai.

For some reason, there is at least one or two people named Raj/Rahul in every film, whether they are the title characters or not.  Usually they are.  In this photo form Rab Ne Bana Di Jodi, Shahrukh Khan creates an alternate identity that he names Raj.

Bollywood films love showing the wind blowing through the woman's hair when there is absolutely no wind anywhere else. This clip is from Dhoom, one of the highest grossing Bollywood films ever, and it's especially gratuitous here.

And those are my rules for a proper Bollywood drinking game. Even if you don't drink alcohol, it's fun to point out these beloved cliches that add to the wonder that are Bollywood films. Enjoy yourselves and don't get into too much trouble.  Cheers! 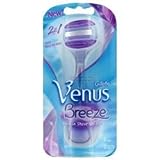