Kenna wrote and directed several plays, taught acting for kids. She is a former talent scout, and at times directs or performs.

Flanery does his fair share of acting in movies like Saw 3D and Boondocks Saints, but he is an action film star. The actor holds a black belt in Brazilian Jiu-Jitsu. Find out he keeps his movie career while he teaches and competes around the world.

Quite some time ago, the Boondock Saints cast joined the USO tour. They made the long-distance journey as a service to entertain the US troops and promote the 10th anniversary of their action movie.

The visit with the troops proved fruitful signing autographs, posing for photos, and answering questions. Someone asked if Troy Duffy worked out at all. He laughed and said bellowed, “No!” But, he mentioned that the star of the movie, Sean Patrick Flanery, possesses a black belt in jiu-jitsu and teaches martial arts at his academy in Los Angeles.

"And Shepherds we shall be For thee, my Lord, for thee. Power hath descended forth from Thy hand. Our feet may swiftly carry out Thy commands. So we shall flow a river forth to Thee And teeming with souls shall it ever be. In Nomeni Patri Et Fili Spiritus Sancti."

— Sean Patrick Flanery as Conner MacManus in The Boondock Saints

Flanery does his fair share of acting in movies like Saw 3D, but he is an action film star. In his late forties, the actor holds a black belt in Brazilian Jiu-Jitsu.

His journey in martial arts began at the age of nine. He started with Tae Kwon Do because he felt the style was the ultimate fighting technique. He wanted to beat up guys like David Carradine in the television show Kung Fu.

His acting career started taking off, and he won the lead role in the action television series The Young Indiana Jones Chronicles. After the series, he won several notable movies that include Powder, Simply Irresistible, and The Boondock Saints.

Despite his busy acting career, he still wanted to master his new discovered martial arts discipline. He started his formal Jiu-Jitsu training in 2001 with the intent of becoming a champion himself.

Like all beginners, Flanery began as a white belt, training three times a week. It was an intense training regimen that consumed his life. However, he stayed with his acting career, signing on to roles in Stargate SG-1, The Dead Zone, and Charmed.

His dedication to martial arts helped him focus on being dedicated to his acting roles. The two fields fit hand and glove enabling him to develop his concentration skills and master his control over the dynamics of his body.

Flanery's dedication and goal of becoming a champion at Brasilian Jiu-Jitsu brought him the crossroads of his career in movies and martial arts. They tended to interfere as his success in each field overlapped.

He decided to take six months off from his acting career, so he mastered the discipline and became a champion. He entered the Pan Ams Jiu-Jitsu tournament and other meets as well.

He achieved great success, taking the first annual Inland Empire Champion in 2002. He also won American Nationals Champion and Pan American Champion in 2003. Eventually, he earned his black belt in 2008. 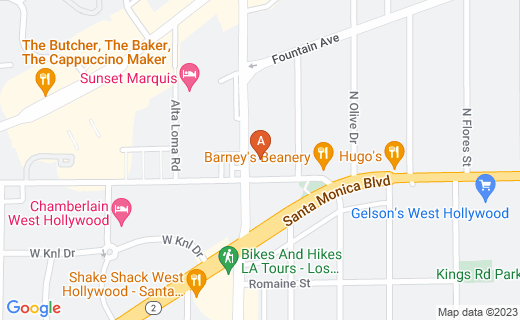 Martial Arts or The Boondock Saints 3

Flanery says he will always be a master of Jiu-Jitsu and trains even when he goes on movie locations around the world. But, it’s The Boondock Saints movies which have placed him in the glare of publicity.

The cult movie keeps him trending in various social media outlets where fans cannot get enough of the vigilante action film. Keeping their ears to the Internet in hopes of the announcement of The Boondock Saints 3 in production is imminent.

Surprisingly, with the grandeur and opulence of the movie business, Flanery places martial arts ahead of his film career. He drives his desire to maintain his mastery of Jiu-Jitsu and shares his craft with his students. If you ever want to meet up with him, you can visit him at his Jiu-Jitsu academy in Hollywood.