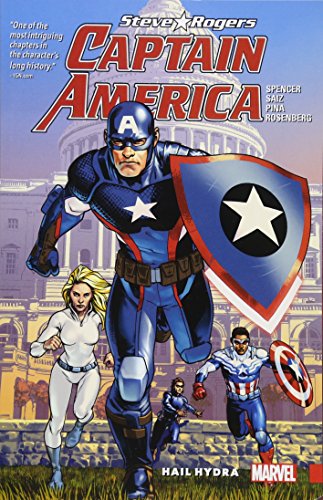 Everything "Batman v Superman" was supposed to be is exactly what "Captain America: Civil War" ended up being

Before I begin this review, I would like to apologize to every Captain America and Iron Man fan out there because of what I'm about to say. As popular as those characters have gotten in recent years, they don't have s**t on Batman and Superman. Everyone knows that as popular as both Iron Man and Captain America are, they're nowhere near as iconic as both Superman and Batman. Seriously, who the hell honestly gave two s**ts about Iron Man before the 2008 film came out? Sure, there's the die hard comic book geeks that probably did, but Iron Man and Captain America used to be nothing but "B level" characters at best, before Marvel Studios came along.

Yet "Captain America: Civil War" featuring them fighting is more critically and financially successful than "Batman v Superman: Dawn of Justice?" Wow. I don't know whether to be amazed at how well Marvel is doing these days, or be very disappointed in the fact that Warner Bros. couldn't make a billion dollar film featuring arguably two of the most iconic superheroes of all freaking time. Hell, they even had arguably the most iconic female superhero of all time, yet "Captain America: Civil War' still beat them at the box office? That's just freaking sad and pathetic, as there's ZERO REASON for "Captain America: Civil War" to make more money than "Batman v Superman: Dawn of Justice." But I digress.

The film essentially picks up after the events of "Avengers: Age of Ultron" and "Captain America: Winter Soldier", where Bucky Barnes is still on the run. Captain America desperately wants to save him, before the authorities can get to him. Needless to say, a lot of things go wrong during the process. An old nemesis of Captain America comes back to wreak havoc. People die in the line of fire, which prompts the government to question the unauthorized power that the Avengers have.

Tony Stark (Robert Downey Jr.) surprisingly sides with the government, as he feels like his efforts to save the world has done more harm than good over the years; especially after he finds out that one of his heroic missions may have lead to a young man's death, when he's confronted by the boy's mother.

It's a touching scene to say the least, and it does show that even in the MCU (short for Marvel Cinematic Universe) that sometimes things happen that not even the Avengers can control. It gives gravitas to the MCU that makes the characters all the more relatable. Sure, they try to do the right thing, while trying to save as many people as they can, but sometimes that's not how reality works. Sometimes even in spite of our best efforts that sacrifices can and will happen. Even a military soldier who tries his best to save as many of his comrades as possible, during a war, will tell you that sometimes it's not possible to be everywhere to save everybody.

This is one area where i felt "Captain America: Civil War" excelled at, while "Batman v Superman: Dawn of Justice" failed. Both movies had the issues of collateral damage of a previous film to address, but the difference was where one movie handled it with care, while the other barely covered it at all. In "Captain America: Civil War", we not only get Tony Stark's perspective on the tragic losses of what happened in "Avengers: Age of Ultron", but we also gain a clear understanding on how Steve Rogers (Chris Evans) felt, when all those people died while he was taking on Crossbones, and rescuing Bucky. We can see how both characters are flawed, yet how they both mourn these loses in their own way.

Neither character is completely in the right, but neither of them are always in the wrong. But even if you don't agree with either of them, you can still see where the other side is coming from. This is where "Batman v Superman: Dawn of Justice" failed. In Zack Snyder's movie earlier this year, they talk about the losses in "Man of Steel" briefly, but it's never fully addressed. We never get the full scope of how Superman felt about the losses during that film it made it hard to relate to him as a character. Instead, it rushes through that in favor of setting up future films. Granted, "Captain America: Civil War" also sets up future movies for the MCU, but it never loses emphasis on the main story it's trying to tell. That's the key difference here.

Without giving away too much of what happened in "Captain America: Civil War", Tony Stark and Steve Rodgers are put into adversarial positions against each other. Both had their reasons for being against each other, as Tony feels that the Avengers should have to be controlled by the government if only to prevent any unnecessary collateral damage. While Steve feels that if the government controls the Avengers, then it could lead to them abusing their powers later on. You can see where both sides are coming from, which makes for an interesting story.

Plus, there's an incident that forces Tony to despise Bucky at one point, which Captain America was hiding from him the whole time. While I can't say what Bucky did without giving away a huge spoiler, I will say that it further illustrates what I was alluding to. Even if you don't agree with Steve hiding something like that from Tony, you can still understand why he did it. Bucky is his best friend, and he had no idea of what he was doing at the time because of the hypnotism he was under. But nevertheless, you can still understand why Tony would be royally pissed off at both Captain America and Winter Soldier anyway, which only makes the fight scene between the three of them that much more tragic to watch.

Whereas "Batman v Superman: Dawn of Justice", the motivations of the characters were weak at best, which made their entire confrontation seem less dramatic by comparison. Sure, it was a cool fight scene to watch. But without a strong motivation behind each character, it becomes boring because you have no reason to feel emotionally invested into it. It just becomes another cool stylized yet emotionless fight sequence; similar to what the final light saber battle in "Star Wars: Episode I- The Phantom Menace" felt like.

At least in movies like "Captain America: Civil War", you understand where each character is coming from, and they each have their own motivations to feel the way that they feel that it only makes their confrontation that much more emotional to watch because you're invested into their plight.

Not to mention the fact that it did a great job setting up it's villain that might be arguably the best MCU villain to date. During "Avengers: Age of Ultron", Baron Zemo's family died, so he had a great reason to hate the Avengers. He had a reason to be the mastermind that helped split them apart. Unlike Lex Luthor's motives that were all over the place in "Batman v Superman: Dawn of Justice", and had a plan that made no freaking sense, Baron's plan not only made sense, but you also felt very sympathetic towards his character, even if you didn't agree with him.

"Captain America: Civil War" is executed perfectly. Sure, you could argue that things don't really change much in some areas, but in a way it does. The film does enough to keep what made the previous MCU movies both enjoyable and fun, yet it changes things up just enough to where you can see the progression of this universe unfolding in a bit more towards bolder territory.

While James Gunn may have given us arguably the funnest Marvel film to date in "Guardians of the Galaxy", the Russo brothers might be slowly becoming the true rock stars of the MCU; especially if the last two "Captain America" movies are any indication on what to expect from them, when they direct the next two "Avengers" films.

As for the acting, I have to say everyone was great in their perspective roles. While I did enjoy Tom Holland's performance as the shy socially awkward Peter Parker turned whimsical smart ass superhero, "Spider-Man, I'm not ready to say he's the best person who's ever done this part just yet. Sure, he did great in his first appearance, as he captures the character quite well. However, I'll reserve that statement until I see if whether or not he'll be able to carry his own solo movie playing the character. For now though, I will say that he was great in his role, as he almost stole the entire movie in every scene he was in. In fact, his reaction to Ant-Man's new found ability was priceless.

Plus, I loved how this film finally addressed the ending of "Iron Man 3", as it seemed like all the other MCU films ignored it up until this point. It not only acknowledges the events of "Iron Man 3", but it even sheds a bit of light into what's been going on with Tony since. I won't divulge any major spoilers on what happens, but it's quite interesting to say the least, and it's nice to see Marvel sticking to it's continuity.

As for the action scenes and special effects, what can I say? Marvel has always been known for great action scenes, and this movie is no exception to the rule. In fact, the airport scene was probably one of the best fight scenes that I've ever seen in a superhero film, and the moment when Spider-Man reacts to Ant-Man's new trick is one of the funniest moments throughout the entire movie.

Everything from the way it was choreographed to even the way it was shot was handled brilliantly. It's been said that the Russo brothers took a lot of advice from people on how to do action scenes prior to filming this, and it definitely shows.

Although I would strongly advise against seeing it in 3-D, as the conversion for this movie isn't that great, so you're probably better off seeing the 2-D version.

Having said all that. "Captain America: Civil War" is arguably one of the best superhero movies that I've ever seen. While it may not be as great as "Captain America: Winter Soldier", it's was still a lot of fun to watch.

While some people can claim "Batman v Superman: Dawn of Justice" failed because it had too many subplots and characters, while setting up future films, "Captain America: Civil War" had the same daunting task, yet it still pulled it off perfectly. The point is one movie studio succeeded where the other one failed. And you want to know where the irony in all of this is? If you had told anyone that a "Batman vs. Superman" movie was going to make less money than a "Captain America vs. Iron Man' film about 20 years ago, then most people would've thought you were crazy. My how times have changed....well played Marvel...well played...