I remember back during my late teens browsing the local record store with some friends. One of my friends discovered a CD called Spaced Out! A Unique Collection Of Songs By Leonard Nimoy & William Shatner. Both of us were struck by the ridiculousness of Star Trek's Captain Kirk and Mr. Spock making music. The brilliantly illogical concept made us giggle like school girls. Once I regain my composure I knew I had no choice but to purchase the album.

Leonard Nimoy's contributions were cheesy and bordered on bad, but his singing was just a little too good to elevate the songs to the so bad its good category. Also some of Nimoy's Spock oriented Star Trek inspired material would be amusing to Trekkies.

William Shatner's songs were a whole another story. They were even more terrible than what I expected, but that is why I loved them. They were some of the most hilarious recordings that I ever heard. Even though Shatner has been known to ham it up at times, the recordings which were featured on this compilation appeared to be recorded in all sincerity. They were funny because they weren't meant to be.

With the exception of the sincerity, William Shatner's music helped inspired the intentionally bad music of my own music project Face and the No Credits (I promise this will be the only time I engage in the shameless plug).

Who is your favorite Star Trek actor turned singer?

Wiliam Shatner's cover of the Black Sabbath metal classic appears on the Shat's 2011 album Seeking Major Tom. The album is a collection of covers of classic rock and pop tunes. Many of the songs appropriately have sci-fi titles or themes. The album has a whole is good for a few chuckles.

I selected this song for my list mainly because I wanted a reason to post the awesome fan made video which was made for this recording. The video includes many clips of classic Captain Kirk Star Trek moments. This song is also one of the rare times that Shatner attempts to sing! Shatner generally sticks with his over dramatic spoken word delivery. Concerning his singing one YouTube user puts it succinctly: "he defies the normal laws of melody and harmony in favor of Shatnery". The song also includes contributions from long time Ozzy Osbourne guitarist Zakk Wylde.

Who is the better singer?

"So Am I" features original William Shatner lyrics. It is from the 2013 album Ponder the Mystery, which is a prog rock collaboration with Billy Sherwood of Yes.

This particular song features lyrics about Shatner's childhood dog "Bucky". The "So Am I" lyrics seem to refer to the commonality that he has with his pet dog. I guess it is supposed to be thought provoking and touching. To be honest I find it mostly humorous. The song also features contributions from Al Di Meola.

So Am I by William Shatner (Video)

The song is Shatner's attempt at social consciousness. He attempts to address subjects like climate change, war and social injustices. He doesn't quite succeed in his attempts. The song is a prime example of self indulgence and epically bloated awfulness. That being said the song is awesome and hilarious in its own unique way. Experience the genius of the Shat!

"Has Been" is the self titled track of his 2004 album. The album is actually a lot better than it should have been partly due to the brilliant production work of Ben Folds.

The title track off the album features a really bizarre spaghetti western arrangement. The lyrics are Shatner's response to negative criticism to his musical career. The lyrics include references to YouTube comments that were made about his music. In many ways the song is the ultimate middle finger to his critics. At the very least you have to admire Shatner's defiant attitude.

Video of Has Been by William Shatner

Fear of Pop was an experimental side project of singer-songwriter Ben Folds. William Shatner contributed vocals to a couple songs on the 1998 album Fear of Pop: Volume 1.

"In Love" is one of those songs that keep you guessing whether or not Shatner is being entirely serious or tongue firmly planted in cheek. Folds, who wrote the lyrics, probably took great glee in Shatner delivering lines like "At puberty I was sworn to secrecy/ By the international brotherhood/ Of lying fickle males". The tasteful musical arrangements along with Ben Fold's backing vocals just seemed to work really well with Shatner's over the top spoken word delivery.

The video is of an epic live performance of the song that took place on Late Night with Conan O'Brien back on January 22nd, 1999. The video clip also includes an amusing interview with Shatner and Folds. 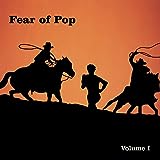 Volume I
Fear of Pop was a musical side project from Ben Folds. A couple of the tracks feature the unique musical styling of William Shatner.
Buy Now

Shatner's totally bizarre remake of the Queen's classic "Bohemian Rhapsody" is from his 2011 album Seeking Major Tom. The music video is just as out of there. I really don't know what more to say about this. You really just need to listen and watch for yourself.

Shatner's reworking of the Bob Dylan classic "Mr. Tambourine Man" is from Shatner's 1968 cult classic The Transformed Man. This is one of the songs from the Spaced Out compilation that got me totally hooked on the musical genius of Shatner. The song contains some of the best unintentional comedy of all time. The song belongs on this list, even if it is just for the final tortured screaming at the end. I just can't resist the cries of the Shat! 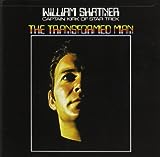 The Transformed Man
1968 cult classic from the Shat! All of Shatner's songs from the Spaced Out compilation were taken from this album.
Buy Now

#2: Lucy In The Sky With Diamonds (The Beatles Cover)

Here is another Shatner cult classic from The Transformed Man. In a 2003 Music Choice poll, Shatner's reworking of "Lucy In The Sky With Diamonds" was voted as the worst Beatles cover of all time. Even though I see where listeners are coming from, I would contend that the song is the best so bad it is good Beatles cover song of all time. It is one of the greatest unintentionally funny songs of all time.

"Common People" is another track from the 2004 Ben Folds produced album, Has Been. I had a tough time knowing where to rank this song. It is by far the best song William Shatner ever done. The problem is that the point of this list was to primarily celebrate songs that were so bad they were good. This song is just good.

It is true that the song features the classic Shatner over dramatic spoken word delivery, but due to Ben Folds' production work and Joe Jackson's backing vocals it works. Shatner's vocals are well suited to the lyrical content.