Melody is a genealogist who specializes in the Portuguese of Hawaii. She enjoys learning about the culture of her ancestors.

My Introduction to Traditional Portuguese Music

When I began to delve into my family tree in the early 1990s, I became obsessed with learning more about the history and culture. I checked out books from the library as I wanted to find out more about "my people".

Other Portuguese genealogists would talk about the music of the Azores, Madeira, and Portugal. I knew nothing about it, but wanted to experience it for myself.

Back in those days, you couldn't just go to a website and watch a music video. I went to a music store, found a CD by a man named Carlos Paredes, and bought it. I had no clue who he was or what type of music he played. But, he was Portuguese which was my only requirement. 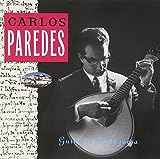 How Carlos Paredes Became a Master

He was born 16 Feb 1925 in Coimbra, Portugal. Music ran in his genes. Both his father, Artur Paredes, and his grandfather, Goncalo Paredes, were musicians specializing in the Portuguese guitar.

He began learning how to play musical instruments at the age of 4. His father gave him a broken Portuguese guitar but was not encouraged to learn it. Perhaps his father thought it too difficult for a child. He spent his time with violin and piano lessons, but taught himself the guitar.

By the time he was 11, he was already a proficient musician. At that age, he shocked his elders by composing music on the instrument that wanted him to avoid—the Portuguese guitar. Even at that young age, it was clear that he would be a master. He eventually surpasses his father as a musician and composer.

Paredes played traditional Portuguese music called Fado, but he made it all his own. When listening to the music, his fingers seem to fly across the strings. According to his contemporaries, no one played the instrument like him. He transformed this style of music and popularized it. They lovingly called him "The Man of a Thousand Fingers”.

Are you familiar with Portuguese music?

A Discography of His Albums

An Art Work of the Artist

We almost lost a wonderful musician to the regime of Antonio d'Oliveira Salazar. Salazar only served as interim President in 1951, but he was considered dictator, though others held the official title.

Paredes became a member of the Communist Party in the 1950s. His activities were brought to the attention of the Fascist government by a co-worker. The regime was noted for the imprisonment of political opposition.

I could not find information on the exact dates of imprisonment, but most sources state that it was during the 1950s and 1960s. I assume that this means he was imprisoned more than once.

Paredes used his time in prison to perfect his craft. Though he had no musical instrument to play upon, he sometimes used a comb to practice. Often, he was found pacing his cell, mumbling what seem to be incoherent ramblings. In reality, he was composing pieces in his head and committing them to memory.

After he was released from prison, he found work. Then, he began playing his beloved instrument again.

His Works: Albums and Films

His political troubles did not seem to affect his work. His music was well received in Portugal and later throughout the world. He is credited with interpreting the traditional music in his own way and making the Portuguese guitar popular in his homeland.

He produced 12 albums, not including compilations. His first work was produced when he was 22 years old. In 1961, he worked on the musical score for the film, "Verdos Anos". He went on to compose music for 16 movies and documentaries and collaborated with many musicians around the world.

His first solo album debuted in 1967. The album was called “Guitarra Portuguesa”. It included 13 songs. The other musicians on this album are Fernando Alvim on guitar and Tiago Velez on flute.

This is the CD that I bought in the early 1990s. It had been re-released by Nonesuch Records. It is one of the most beautiful instrumental albums that I've ever heard. The music is so relaxing. So relaxing, in fact, that I used this CD to calm my overly rambunctious Lab pup. She would melt to the sounds of his guitar strings.

I especially like the first track “Variacao Em Re Maior”. It really displays Paredes style and his skill as it shifts from slow to fast finger work.

What Makes a Portuguese Guitar Different?

In Portuguese, it is known as “Guitarra Portuguesa”. It is an unusual instrument that looks more like a flattened mandolin than a guitar. It has an oval base, but is flat on the back. The neck is shorter than a typical guitar and the sound hole is close to the neck. It is a twelve string instrument in two strings in pairs.

It's predecessor is the Cittern, a Renaissance era guitar. The Cittern is also known as the English Guitar. In the 1700s, the English Guitar was quite popular in Europe. It's popularity faded in the mid-1800s. But, not in Portugal. That guitar evolved into the Portuguese guitar which is still played today.

There are three types of Portuguese Guitar: The Lisboa, The Coimbra, and the Guitarrao. The Lisboa and Coimbra are somewhat similar. The main difference being a larger sound board on the Lisboa version. Also, the tuner for the Lisboa guitar has an extra piece of scroll work on the end. The Guitarrao is a more modern invention developed from the two other versions.

Though Paredes once said he would want his guitar destroyed after his death, it has been preserved for all to admire. It is on display at the Museo de Fado in Lisboa, Portugal. In the display is a quote that reads:

Fado is the traditional folk music of Portugal. The word Fado is Latin for “fate”. In Portuguese the word saudades meaning “longing” is often associated with this music style. Some note that there is a feeling of sadness to it. Fado usually includes a singer accompanied by the Portuguese guitar and other instruments.

This genre is divided into two groups. The first is more modern and popular in Portugal: Lisboa Fado. The second is more traditional: Coimbra Fado, which is more popular in that region.

Although Paredes is associated with this style of music, he primarily composed instrumentals. Fado is usually marked by its vocals. Amalia Rodrigues was considered the best Fado singer that there ever was. She was nicknamed "The Queen of Fado". In the video to the right, you can hear what traditional Fado music sounds like with Rodrigues at vocals. By comparing it to the video of Carlos Paredes' music in the other video in this article you can see that his style does differ from the traditional sound.

Incidentally, Paredes and Rodrigues did work together. He composed music for her on occasion, but most notably when she starred in the film "Fado Corrido" in 1964.

Example of Fado with Amalia Rodrigues

His Career Comes to an End

In 1993, he was 68 years old and still playing music. It was around that time that he began having physical problems that affected his motor abilities.

That year he was diagnosed with myelopathy (aka myelitis). It is a disease that affects the spinal cord. It can cause muscle weakness and spasms, bladder control issues, and other symptoms. The symptoms vary depending on which part of the spinal cord is affect. It is a condition that deteriorates over time.

From that point on he was not able to play the musical instrument that he loved. He suffered through it for 11 years.

He died at the age of 79 in Lisboa, Portugal, 23 Jul 2004. He is buried at the Dos Prazeres Cemetery in Lisboa. He left behind six children.

At the time of his death, Paredes was the most respected Portuguese Guitar musician in the world. His compositions have been played by other musicians, choreographed to dance, used to accompany poems, as film scores, and in documentaries. He left behind a huge body of work that for us all to enjoy.

Two years after his death, a documentary called "Perpetual Movements" was produced. It included stories from his life told by those who knew him best and, of course, his music.