Synopsis: A young woman grows up to be a stone-cold assassin after witnessing her parents' murder as a child in Bogota. She works for her uncle as a hitman by day, but her personal time is spent engaging in vigilante murders that she hopes will lead her to her ultimate target - the mobster responsible for her parents' death.

Although Zoe Saldana (Cataleya) certainly proves she has what it takes to be a legitimate action hero in movies, it's a shame her film never quite lives up to her performance. Granted, I'll be the first to admit that I did enjoy this action movie a little bit, but I can't ignore it's obvious flaws. For those of you who might be unfamiliar with "Colombiana", then I'll gladly explain the story a bit before delving into my review. The movie is essentially a run of the mill revenge story, where a poor girl witnesses the tragic death of her parents; thus she dedicates her life into becoming a contract killer, as she works various assignments for her uncle. However, her ultimate goal is to eventually hunt down and kill the mobsters responsible for her parents' demise.

All the while, she leaves a trademark Catalina flower on each of her unsuspecting victims, in spite of her uncle's protests. Although most people would beg to wonder why would an assassin leave a trademark like that on a target, but it's probably best that I don't ruin that for anyone wanting to see this movie. Besides, the rest of the film is pretty cliched and predictable as sin, so I have to leave some mystery to this film. Anyway, that's basically the whole plot in a nutshell, as it doesn't really offer much more than that.

Sure, there's a subplot depicting her having an estranged relationship with a young artist, but it never gets fully fleshed out enough for the audience to care about it. Not only do we have no idea how she met the guy, but it's never explained why the scrupulous hell that she would want to be with the guy to begin with. Granted, the film does portray the relationship that she has with him, as her only consistent connection to reality; outside of being a hard nosed assassin. However, since it's never explained how they met, nor is the full extent of their relationship ever explained, it just never comes out strongly as it should have been; which is rather sad in a lot of ways, as the heartfelt ending between them should be one of the best parts of the movie. Sadly, since little screen time is used to develop their relationship, it just comes off as an unnecessary subplot that needlessly slows down the pace of the film.

As I said earlier, Zoe Saldana puts on a performance that would easily make other great femme fatale action stars jealous like Sigourney Weaver (Alien franchise) and Uma Thurman (Kill Bill series). Unfortunately, her story never quite lives up to what it could have been; which is rather sad to say the least. Sure, her performance is both inspiring and heartfelt, as she blends the perfect combination of sexuality and toughness that one would expect from a movie like this. Showing audiences that she's more than a pretty face, as she'll blow your head off if you mess with her. Yet, in other scenes, she's still able to portray a certain amount of vulnerability that allows the audience to connect with her on a personal level. As I said before, she definitely carries this movie, but it's sad that the script contains way too many plot holes, and underdeveloped characters to keep it from ever being a great action film.

To make matters worse, the film doesn't feature any great villainous antagonists either, as most of them come off as generic Colombian drug lord stereotypes, so they're fairly forgettable. As for the rest of the supporting cast, everyone pretty much plays their parts rather well. But like I said before, the only interesting complex character in this movie is Cataleya, as the rest of them come off as bland and uninteresting.

Another thing that bothered me about this film is that Olivier Megaton and his writers didn't seem to know exactly what kind of tone they wanted for this movie. At times, it feels like the movie tries to take itself seriously as a dramatic action movie along the lines of "Bourne Identity", "Salt", or "Green Zone." For instance, when Cataleya pretends to be some drunk girl to get purposely arrested for DWI, she does that so she can covertly sneak into the same prison as one of her marks. This move not only worked heavily in her favor, but she used both precision and timing that allowed her to not only avoid being detected on camera, but to take out her mark without being detected. Plus, to make matters even more interesting, she even manages to fake her fingerprints when going through police custody to avoid even more suspicion. Although, I know most readers will probably say that's a load of bull s***, but if you see how she pulls it off in the movie, it's actually rather brilliant. If anything, it's during these rare precision scenes that the movie is at it's best.

Yet in other scenes, it displays it as being an over the top action film that borders on the line of damn near impossible. Take the scene where Cataleya witnesses her parents' death, at age ten, and has to not only confront the hired hitmen that killed them, but somehow manage to run away from them as well. Now, one would think that a ten year old girl would probably be scared for her life at this point, but not this girl. No, what she does defies all logic here. AT AGE TEN, this girl not only manages to out run a bunch of trained Colombian assassins, but she does it with ease. Seriously, as the chase scene plays out, you see this girl put on moves that would make most track and field stars jealous. To make a long story short, she manages to escape to America to live with her Uncle, who later trains her to be an assassin. Although from that chase scene, I'm not sure she needs that much training, but I digress.

Overall, I wouldn't necessarily say this is a bad movie by any means. No, it's just mediocre at best. It's definitely worth renting if you're into action movies in general. However, if you've never been into action movies to begin with, then I'd probably avoid this one at all costs. In the end, I'd give this movie a two out of four. As I said before, it's not a bad movie by any means, as I think most action movie fans will like it, but I just wouldn't expect too much out of it. 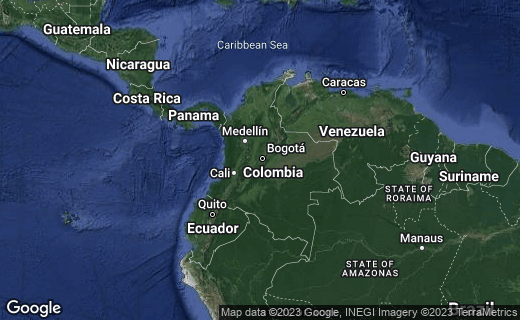