While I studied classical ballet as a child, and today, classical ballet is still my preference, there is a new form of ballet that began in the 20th century and is still going strong today, and that is contemporary ballet.

Contemporary ballet allows for greater range of movement in the upper body, the back, arms and head and may deviate from the strict body lines and forms found in traditional classical ballet.

Much of its form comes from the ideas and innovations of 20th century modern dance, including footwork, balletic movements and turn in of legs. Some of the greats of modern dance who collaborated with ballet choreographers are Isadora Duncan, Marthan Graham, and Twyla Tharp, all from the early 20th century. But, with their combination of modern dance and balletic technique, they have created some of the most outstanding, unique, and unusual contemporary ballets.

Know as the 'father of American ballet and also contemporary ballet,' George Balanchine is one of the 20th century's most famous and prolific dance choreographers.

He co-founded the New York City Ballet and was its ballet master for more than thirty-five years. He came to America by way of Russia and was classically trained in ballet. He is known for his great musicality expressed with music and dance and he brought the neo-classical style of dance to his ballet company. He is also the first pioneer of contemporary ballet.

Surprisingly, Balanchine was not even interested in ballet as a child. His artistic mother insisted he audition for Russia'[s Imperial Ballet School along with his sister. Both brother and sister performed successfully annd were chosen to attend the school. He also played the piano well. Balanchine eventually went on to dance in the Imperial Ballet and the Mariinsky Ballet (formerly the Kirov Ballet). He also attended the Petrograd Conservatory, where he studied ballet, advance piano, music theory, counterpoint, harmony and composition.

He graduated from the conservatory in 1923 and danced as a member of its corps until 1924. By then he was married (he married and divorced three times during his life and had no children) and he and his first wife visited Germany. From Germany, Balanchine and his wife fled to Paris, France and joined the Russian community living there in exile after the 1917 Russian Revolution.

That same year, Balanchine was invited by Russian, Sergei Diaghilev, to join the Ballets Russes as a choreographer. From 1924-29 Balanchine created nine ballets for the Ballets Russes and worked with the great music composers of the time: Stravinsky, Debussy and Ravel; and great artists, Picasso and Matisse who designed costumes and sets for his ballets.

A serious knee injury limited Balanchine's dancing and performance career and he remained a choreographer for the rest of his life. After the Ballets Russes went bankrupt when Diaghilev's died, he was retained by the Royal Danish Ballet in Copenhagen, Denmark as a guest ballet master.

During the Great Depression, when ballet companies were having financial difficulties, Balanchine met Lincoln Kirstein, a young American arts patron who wanted to establish an outstanding ballet company in the U.S. He persuaded Balancine to move to the U.S. to do this.

Balanchine agreed and moved to New York City and he and Kirstein created the New York City Ballet, and the rest, as they say, is history. Balanchine began influencing the character, training, and techniques of American ballet and dance.

Contemporary ballet, as Balanchine saw it, is a combination of different forms of dance, including classical ballet, modern, lyrical, and jazz dance. It developed from classical ballet styles with a greater range of movement and work on the floor.

Balanchine's dancers used flexed hands and feet, turned in legs, off-centered positions and neo-classical costumes. He rid his ballerinas of tutus and other elaborate costumes, for body tunics and simple leotards and minimalist sets to focus all the attention on the dancer. Balanchine created over 400 ballets and is considered the greatest contemporary ballet choreographer of his time.

He turned to Martha Graham and her modern dance company for dancers and to combine modern dance choreography with his ballet. This was innovation of dance for the times.

Balanchine had a protégé, the great Mikhail Baryshnikov, from the Bolshoi Ballet in the Soviet Union, who defected to the U.S. in the 1970s. He danced with the NYC Ballet, and under Balanchine began choreographing classical and contemporary ballets.

In 1980, Balanchine moved on the the American Ballet Theatre, as director and choreographer for this ballet company. He continued with choreographing contemporary ballets and worked with famed modern dancer, Twyla Tharp. Tharp's pieces were considered to be innovative for their use of distinctly modern movements combined with use of pointe shoes and classically trained ballet dancers. Tharp was noted for mixing both classical and contemporary styles together.

This form of ballet is the most formal of ballet styles and adheres to traditional ballet technique. It's variations are only according to its area of origin: Italian ballet, French ballet, and Russian ballet.

The most famous and most popular well-known styles of ballet are the Russian method, the most strict; the Italian method, known for its athleticism and acrobatic movements; the Danish method; the Balanchine method (also known as the NYC Ballet method); and the Royal Ballet School method created in England.

Pointe work, introduced to ballet around the 1830's, is incorporated in all the above methods. It has strict and straight body lines that are maintained throughout an entire dance and there is little movement in the upper body while the dancer is dancing.

He went for a more minimalist, sophisticated, sleekly, and avant-garde modern dance, retaining the pointe shoe aesthetic, but his neo-classical ballet is rid of the well-presented drama and mime of the full length narrative ballet.

To help achieve his neo-classical vision of dance, Balanchine brought modern dancers into the NYC Ballet, one of the most famous being Paul Taylor in 1959, along with Martha Graham.

This form of ballet is abstract and completely minimalist in costume and set design. In fact, many times there is no set design at all, just a bare stage on which the dance is performed. It takes technique and use of pointe work from classical ballet and blends this with a greater range of movement that may not adhere to strict body lines set forth by schools of ballet technique. In other words, the contemporary dancers unlearn their strict body forms.

The concepts for contemporary ballet come from the ideas and innovations of 20th century modern dance, including avant-garde floor work and turn-in of the legs.

In turn, Twyla Tharp also worked with San Francisco's Joffrey Ballet (founded in 1957 by Robert Joffrey), choreographing modern contemporary ballets for him. She is famous for her contemporary ballets, Deuce Coupe (1973), Push Comes to Shove (1976) and The Upper Room (1986).

Her contemporary ballet dance, Deuce Coupe used pop music by the Beach Boys and a blend of modern dance and ballet techniques to wow the audiences. 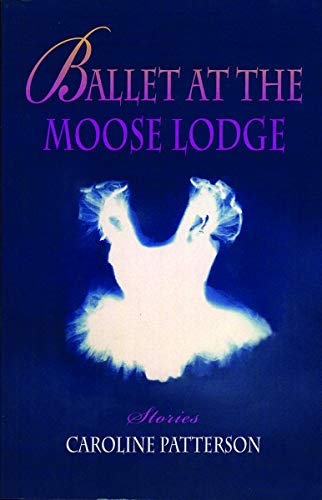 Although both classical and contemporary dance forms both use ballet dancers to perform the dances, there are both similarities and differences between the two forms. Because they both are a form of ballet they are closely related yet diverge when it comes to dance form.

Both forms of dance use dancers who are trained in techniques as well as performance of the ballet form. And, both styles emphasize a strong relationship to music, whether classical or contemporary.

Classical ballet incorporates pantomime and literal gestures in the choreography of the dance and contemporary ballet focuses on a physical interpretation of a particular theme.