Dan Auerbach is a musical genius. Most well-known as the vocals and guitar player for The Black Keys, Auerbach has proved his strength as a solo artist and his clout as a producer. The albums speak for themselves, but influencers in the industry found him deserved of a 2013 Producer of the Year Grammy Award.

Auerbach's legacy has only just begun, as he has not even reached his 35th birthday.

"Keep It Hid" is the title of Auerbach's first and only solo album, which debuted in 2009. It's a bit more raw sounding the most of The Black Keys' music, but in a good way. A real good way. The album was produced in Auerbach's studio, Akron Analog, and features a number of his friends and family contributing vocals or playing instruments

The hip, bluesy, garage rocker with an attitude, Hanni El Khatib, worked with Dan Auerbach on his second album, "Head In The Dirt." While Auerbach's influence is obvious, the lyrics are original to El Khatib. A mastery of guitar is what ties all of the album's songs together, and is clearly what caught Auerbach's interest in the artist. Some older songs by El Khatib bear resemblance to something The Cramps might have recorded in the 80's; but his newer music carries a bluesier rock 'n roll element, topped off with the roughness of garage rock and the sound of an organ tossed in for good measure. 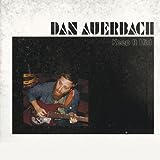 The Growlers, Hung At Heart

Auerbach's influence is less noticeable on The Growlers' album, "Hung At Heart." It is hard to put this artist into a genre, because they incorporate elements of so many of them - surf rock, psychedelic; there is even a hint of polka in some songs. The album has a feeling of retro-ness to it, despite being new; at times it carries a classic rock sound reminiscent of of the Byrds, at other times it resembles classic country instead. I don't know what "it" is, but I dig it.

I was lucky enough to see Bombino live at CSPS before anyone got wind of them (and of course everyone did, once Dan Auerbach put his producing skills to their album, "Nomad.") But if, by chance, you haven't heard them yet, they warrant a listen. Omara "Bombino" Moctar is a Nigerian singer-songwriter who's skill with a guitar makes it impossible for a listener to sit still. People are calling his music "desert blues;" but blues is blues, in my opinion, and Bombino's got a case of them. 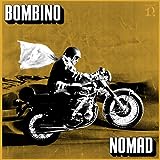 The four albums above are just a sampling of everything Auerbach has his fingers in; other artists he has produced or co-produced include:

For a more in depth listen to all of these artists, check out this Spotify playlist of albums he has produced.