One of the strangest stories in San Diego history is the Murder of Dan Broderick and Linda Kolkena.

Betty Broderick, Dan Broderick's ex wife, walked into his home with a gun in her hand and shot and killed Dan and his new Wife, Linda Konkena Broderick on November 5th, 1989, shocking the upscale La Jolla community. When news hit the television screens of San Diego it was hinted that the two bodies that were slain a few hours ago it was hinted that Dan's ex wife may have information about the case. Shortly after Betty Broderick turned herself in.

Betty married Dan Broderick in 1969 in a lavish Catholic ceremony. Shortly after their honeymoon Betty discovered that she was pregnant with her first child. She continued to work up until it was time to give birth to Kim Broderick. Betty was a superwoman who managed to work odd jobs while taking care of her baby. She was determined to be the ultimate mother and wife while her husband spent 100% of his time studying.

It was not long before she was pregnant again, and eventually gave birth to three other children, Lee, Daniel and Rhett. Dan was going to Medical school full time and at some point decided to make a drastic change in the course of his career by combining his years of medical training with a law degree. He apparently realized that he could make more money by suing doctors rather than practicing as one. He enrolled at Harvard Law school while Betty worked a variety of jobs and maintained the house. Life was not easy for Betty as she watched her friends relax at home and nurture their children while their husbands provided for them. The Brodericks were plodding along, renting homes, going to laundromats twice per week, but Betty believed that her ship would come in after Dan graduated and then launched his own practice. This, Betty believed, would be her time. She would then be able to relax a little and enjoy the windfall.

After Dan's graduation, the family moved to La Jolla California; wealthy and stylish beach community in the San Diego area. Dan became a successful medical malpractice attorney while working for a law firm. Money was still rather tight until Dan opened his own Law practice, it was then that Dan Broderick would be making millions almost overnight. Once Dan won his first million dollar lawsuit, the Broderick's were part of the millionaires of the La Jolla elite. All the years of raising four kids and barely making ends meet were finally over for Betty. Her hard work and sacrifice was now paying off, and it was time to reap the rewards of being a dutiful wife.

She had always felt like a single parent because Dan had always been either at school, work, or out socializing with other attorneys, but she hoped that now they would have a chance to repair their deteriorating marriage and start really living now that they had the money to breath a little.

Dan hired Linda Kolkena, a former airline stewardess, and receptionist, to become his assistant and began a long affair with her.

For Betty, all the telltale signs were there. Dan was not giving her any attention at home, and made excuses to get out of the house often. After hearing some of Dan's fellow attorneys say the name Linda, she suspected he was having an affair with her, and on Dan's birthday Betty went to his office with champagne and two glasses to celebrate, only to find that Dan was out celebrating with Linda. Betty sat in his office for hours, and when he never arrived back to the office even though it was now getting dark, she drove home burned all of Dan's Dan adamantly denied he was having an affair, and accused Betty of being crazy and imagining things. The marriage continued to deteriorate.expensive tailored suits.

When Dan began getting pressure from his mistress to leave his wife, Dan finally admitted to Betty that he had been having an affair with her for three years.

Forsaking All Others, The Story of Betty Broderick 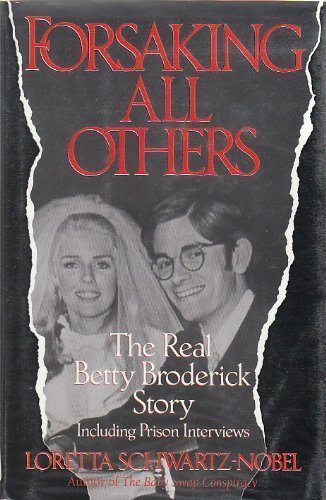 Forsaking All Others: The Real Betty Broderick Story
Buy Now

Linda; The Day she Married Dan

The Home of Dan & Linda 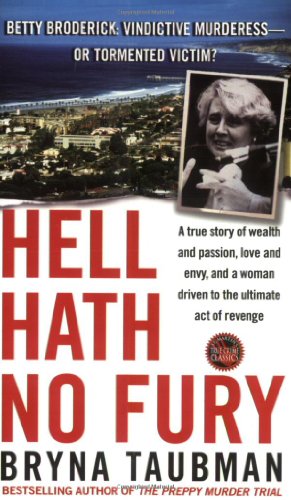 Hell Hath No Fury: A True Story of Wealth and Passion, Love and Envy, and a Woman Driven to the Ultimate Revenge (St. Martin's True Crime Library)
Buy Now

Dan finally left Betty and Linda moved in with him. At this point Betty became obsessed with the affair that Dan was having with Linda. The ugly divorce was now on and Dan was paying Betty $10,000 per month in alimony, and then moved up to 16,000 per month, while he was living with Linda. Betty hoped that Dan would eventually get over his silly fling and come home. Every sign that things were truly over tormented her, such as when she called the house to inquire about the kids she would hear Linda's voice on the answering machine. This led to Betty leaving nasty out busts filled with profanity on the tapes, eventually leading the courts to look unfavorably on her in the Broderick custody battle.

By many accounts Dan manipulated the divorce with his expert knowledge of the system, and by the time the divorce ended, Betty was left with significantly less than one would assume she would have gotten from such a wealthy husband of so many years. Betty swore that she was at a major disadvantage because all the attorneys were afraid to go against the powerful Dan Broderick.

Then came the dreaded day for Betty that Dan and Linda were married. April 22, 1989, just 10 days after what should have been Dan and Betty's 20th anniversary.

Just seven months after Dan and Linda married, Betty shot and killed them while they slept. She entered their home by taking a key that she found in her daughter's purse, and at approximately 5:30 AM she crept into their house and shot Linda twice and Dan once. Betty said that Dan mumbled, "okay you shot me, I'm dead". Dan was 44, and Linda was 28.

Betty was convicted on two counts of second degree murder, and two consecutive terms of 15 years to life. In 2010 she was denied for parole because she showed no remorse and did not believe that she had done anything wrong.

Until the Twelfth of Never: Should Betty Broderick ever be free?
Buy Now

Dan & Linda on Their Wedding Day with Dan & Betty's Children

The eldest son of Dan and Betty Broderick was married recently and seems to be well adjusted. The troubles and heartache of the tragedy are behind him.