My first attempt to learn more about celebrities of Hollywood's past.

I am completely disenchanted with all the drama and crazy stunts that celebrities are pulling these days to get media coverage. It got me to wondering: what was it like it back then? I'm referring to vintage Hollywood. What were the celebrities like? It seems so glamorous, so classy and I have a strong urge to learn more about it. I know there are many notable celebrities that I could write about, but I'm going to start off with finding information on Dean Martin.

What Do I Want to Learn About Dean Martin?

I'll be honest, I barely know anything about Dean Martin. I know what he looks like, I know that he was one of those mega-celebrities from the 60's or 70's (I'm not even sure what years) , I know that he probably spent some time in Las Vegas, but other than that? I don't know much about the man.

My mission, if I choose to accept it? To learn more about the life of Mr. Dean Martin.

If you're interested in any of those questions, stay tuned. I'm determined to find the answers! 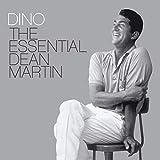 Dean Martin's birth name was Dino Paul Crocetti. He was born in 1917 and died at the age of 78 in his home in Beverly Hill, California on Christmas Day, December 25th, of 1995.

Dean got involved with several bands in the 1940's and that is where he got his start in music. He first met Frank Sinatra in 1943, after he performed at the same nightclub.

He was drafted into the Army for World War II, but was honorably discharged because of an injury. After returning back to America, Dean began to continue performing as a Nightclub singer and building his fan base.

In 1946, Dean met and created a Music-Comedy team with Jerry Lewis. A radio series was formed and the two were eventually signed for the movie My Friend Irma. By 1950, the pair was widely known across the country and were a household name. Unfortunately, Dean became more and more frustrated with working conditions and the act parted ways in 1956.

In 1957, Dean began to pursue acting further and got a part in the movie The Young Lions. He co-starred with Marlon Brando.

After the success of The Young Lions, Dean co-starred with Frank Sinatra in the movie Some Came Running. Because of the sucess of the past two movies he was in, Dean had man opportunities in film and television.

He eventually went on to headline in Vegas and formed a group with Frank Sinatra and Sammy Davis called The Rat Pack. They performed their act in tuxedos which consisted of improv and musical performances.

In 1965, The Dean Martin Show started on NBC. It was a variety show that featured various celebrity guests and entertainment. By 1975, the show was cancelled but NBC continued to broadcast Dean every so often through its annual Dean Martin Celebrity Roast. The celebrity roast poked fun of notable celebrities from the era.

Dean's personal life consisted of three marriages and three divorces. He has 9 children in total, one was adopted from his last marriage. He had a strong reputation as a womanizer and is said to of battled alcoholism throughout most of his life.

Dean has three stars on the Hollywood Walk of Fame. One for movies, one for recordings and one for television.

Much later in his career, Dean had his first music video air on MTV for his single, "Since I Met You Baby"

After Dean died, the lights on the Las Vegas Strip were dimmed in his honor.