Synopsis: A look at the history of delicatessens in the United States. Showcasing the passion and work that goes into what's becoming a lost art these days.

- Informative material that thoroughly teaches you about the history of delis throughout the United States.

- Suffers a few pacing issues where the story tends to drag it's feet half the time.

- Whenever the movie focuses on Ziggy's personal life, it almost feels like the movie completely forgets that it's supposed to be a documentary about the history of delis in the U.S.

"Deli Man" is an intriguing documentary about the rise and fall of Jewish delicatessen shops across North America. Throughout the film, we're shown exactly how various deli shops rose to become popular over the years, and how they used to be a common staple in the United States. However, it also goes over the decline of deli places as well, as it explains how some of them have been getting shut down recently.

It's an interesting documentary to watch. And if you're into watching food based programming that's fairly similar to what you'd find on the "Food Network", then chances are you might enjoy "Deli Man" quite a bit.

Although the movie does interview various deli shop owners throughout the United States, the main one that it focuses on is Ziggy Gruber, who happens to be the owner of "Kenny & Ziggy's Deli." He basically tells us how he got into cooking, and the events that inevitably lead him to going into the deli business. As we listen to him talk about his passion for the deli industry, we begin to learn how it's starting to become something of a lost art these days, and how much work it takes to stay in business.

He goes on to mention various things about his personal life (particularly his love life), and how he yearns to have a family of his own someday. It's an interesting story to say the least, and Ziggy seems to be a very charismatic person to follow throughout this documentary.

Speaking of which, Jerry Stiller and Larry King are both featured in "Deli Man", as they both add a lot of humor to the documentary. Often making us laugh, with their witty anecdotes that'll leave most audiences in stitches.

Although I doubt seriously "Deli Man" will win any kind of film award, but it's definitely worth checking out if you're into food related movies and shows. Although I can't say I'v ever been much of a deli man myself. I have to admit that I've always loved a good sandwich, and some of the ones that were shown in this feature did seem rather appetizing. Like the meals and sandwiches presented throughout this feature, the meat of the documentary was rather juicy to dive into; the film is chalked full of information that's not only informative, but intriguing as well.

Sadly though, the film does suffer from having too much fat around the edges, in terms of it's overall content. Although Ziggy is a charismatic guy, the reality is his story arc about his personal life tends to conflict with the documentary's overall theme of explaining the history behind Jewish delicatessens throughout the United States.

In fact, it almost feels like this was originally supposed to be a documentary about Ziggy's life, but somewhere along the line the director decided to make it more about the history behind delicatessens instead. It's not a bad thing per say, but it seems like whenever the story focuses more about Ziggy's personal life, like his new girlfriend and etc, it forces the movie to stop and focus on something else that really had nothing to do with the main theme of the documentary to begin with.

Needless to say, this does create some pacing issues that causes "Deli Man" to feel like it's dragging it's feet half the time, which isn't a good sign considering it's not a long documentary.

But in spite of these short comings, "Deli Man" is probably one of the more entertaining documentaries that I've seen. Not only does it entice you with it's delicious flavor of knowledge about the history of delis throughout American history, but it also savors your taste buds with interesting anecdotes from various celebrities and deli owners that'll surely satisfy your taste buds.

Granted, some of the content might seem unnecessary to take in considering it tends to take away from the story rather than adding any kind of seasoning to it, but it's worth checking out if your into food based programming. 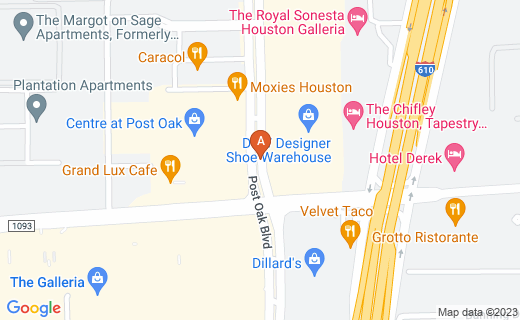