Jeannie has been writing online for over eight years. She covers a wide variety of topics—anything from hamsters to office work. 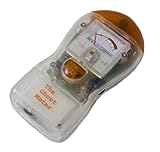 A once little known show on the SyFy channel is gaining in popularity: Destination Truth. For years, SyFy channel had a winner with Ghost Hunters. SyFy tried to air numerous shows after Ghost Hunters, but to no avail. They just couldn't find a show that would bring in the ratings.

That was when Destination Truth came along. Originally, Destination Truth began airing after Ghost Hunters. Quite frankly, I wasn't sure what to make of the show, but decided to watch it anyway since it came on after Ghost Hunters. I found that I loved the show. Each week, the crew investigates two legends that typically involve the paranormal. These investigations take them all over the world and sometimes their lives are in great danger.

Destination Truth's fearless leader is Josh Gates. It doesn't matter how ridiculous the task, he is willing to take it on. Josh has a rather sarcastic sense of humor which is necessary considering how risky some of these adventures can be. His crew is constantly changing (perhaps the tasks are a little too dangerous for most), but they are always a fun, quirky bunch.

Years down the road, Destination Truth is still a favorite on the Syfy channel. Not only is the show a success, but it has a new Tuesday night timeslot. Destination Truth returned on March 17, 2011 with a new, live event in Ireland. In the 5 hour long episode, the crew looked for a banshee in Duckett's Grove Castle.

This was an unusual and exciting new adventure for Destination Truth since it was a live event. However, it is not unusual for the crew to travel to other countries to investigate strange occurrences. Josh Gates and crew have traveled to seek the truth about everything from Icelandic Elves to the Bhutan Yeti. Every episode is an adventure and a potential learning experience. I have learned about cultures, urban legands, and even a country or two that I never knew existed.

Aside for the educational experience, the show is hilarious. It is sometimes hard for the crew to keep it cool when faced with a ridiculous situation. During most episodes, you will get to see Josh (and others in the crew if he can talk them into it) attempt to eat local delicacies, such as spiders. Also, it wouldn't be a Destination Truth adventure if the vehicle they rented didn't break down. Seriously, it must be a challenge to rent a car in some of these countries. Occasionally, they must improvise, and ride a camel or a horse, depending on the location.

(UPDATE: May 2012 - Destination Truth will be returning to the Syfy channel this summer. Currently, the Syfy channel website has a new preview available at: http://www.syfy.com/videos/Destination%20Truth/vid:18123683. The official date for the season premiere is July 10th at 8 PM on SyFy channel.)

No matter how outrageous the legend, the crew takes their investigation seriously. Destination Truth has captured some amazing evidence on tape. They've encountered ghosts, as well as the various forms of Sasquatch (seems like most countries have their own version of Bigfoot) and they've even made me question if perhaps, just perhaps, elves can exist. Sometimes when the crew is hunting for ghosts or some other mysterious beast, it can be outright scary. I may like to watch the show, but I would never have to nerve to be there with them.

If you've never seen Destination Truth, you certainly need to give it a try. The series will be running on Tuesday nights at 9 PM this season. You can also catch up on some older episodes by tuning in an hour or two before 9 PM each Tuesday. Don't miss it! (UPDATE: The show is not running at this time, but full episodes are available on Syfy's website listed below.)

After many years of Destination Truth airing on SyFy Channel, the show was cancelled. The disappointment only lasted a short while though once it was announced that Travel Channel was hiring Josh Gates and some of his crew for a new show. In my opinion, Destination Truth was always more of a travel show anyway.

Now, you can watch the antics of Josh Gates on Expedition Unknown. The show airs on Thursday nights and is set to show 6 episodes at this time. You can watch Josh investigate mysteries, such as the disappearance of Amelia Earhart. Sure, you may not be able to watch Josh try to run after monsters this time around, but you can still enjoy his sense of humor. His adventures are now a little safer, a little more realistic, and feature a little less crew members. However, it is still quality entertainment and you might just learn something along the way.