John values the use of humour and enjoys writing and reading limericks and jokes. He is a fan of Dr. Seuss, Edward Lear and Shel Silverstein

Does anyone remember the heartwarmingly comedy film from 2000 called

Saving Grace? Well, those that remember it fondly will love Doc Martin, the TV series, as it is loosely based on the character of Dr Martin Bamford in the movie.

Martin Clunes played Dr Martin Bamford in the movie and in two made-for-TV prequels called Doc Martin, and Doc Martin and the Legend of the Cloutie, made by British Sky Broadcasting.

It was proposed to produce two such television films per year for three years, however, BSkyB Pictures folded after just two episodes, so Clune's company sold the franchise to ITV. This broadcaster suggested that the Doctor should be portrayed as a "townie" out of his depth in the country, and wanted something a little edgier than the original. Clunes suggested his character be grumpy with little social skills, and so the 'new' Doc Martin was born. They decided to change the Doctor's surname for the new series to 'Ellingham' an anagram of the last name of the writer of the new series, Dominic Minghella. This would also help to differentiate the character from the Doctor in the original movie and its prequels.

Martin Clunes playing the role of the grumpy and humourless Doc Martin may come as quite a shock to fans of some of his previous roles, particularly that of Gary Strang from the laddish comedy Men Behaving Badly which screened from 1994 to 1998.

Men Behaving Badly was so popular that a US spin-off with the same name was later screened in that country. The Gary Strang character was brash, boyish and fun-loving, almost the exact opposite of the role of Dr Martin Ellingham. It is just an example of what an accomplished actor Martin Clunes is.

Doc Martin is a delightful British television comedy drama series starring Martin Clunes (Men Behaving Badly) in the title role. The show is set in the fictional seaside village of Portwenn and filmed on location in the village of Port Isaac, Cornwall, England.

Five series (38 episodes) aired between 2004 and 2011, together with a feature-length special that was shown on Christmas Day 2006. The sixth series began airing on 2 September 2013 and aired its last episode "Departure" on 21st October 2013 in Britain. However this latest series is still currently being shown in other countries including on the ABC in Australia, and earlier repeats on other channels. In the USA, America Public Television ran the 2006 Christmas special as a two-part episode a week apart. All episodes have been released on DVD.

In Britain, Doc Martin has been a ratings winner for ITV with the third series achieving ITV's best midweek figures for drama screened at 9pm Monday since 2004, and the final episode of that series being watched by 10.37 million viewers. Series four was moved to Sunday 9pm to follow the successful X Factor program however ratings were impacted by ITV's decision not to screen this series in Scotland.The final episode of this series however still drew an audience of 10.29 million viewers, causing ITV to subsequently reverse it's decision not to screen the drama in Scotland and rescreen it there on Sunday afternoons in 2011 with great success.

Dr. Martin Ellingham, a brilliant London-based surgeon, develops haemophobia (a fear of blood) which forces him to give up surgery. He decides to relocate to the picturesque seaside village of Port Wenn where he grew up, having been raised by his now widowed Aunt Joan Norton. He seeks and takes up as the area's general practitioner (a position recently vacated).

Martin soon meets several of the locals (who seem to insist on referring to him as 'Doc Martin' instead of 'Dr Ellingham') but his situation is made more difficult by an almost complete lack of bedside manner. He is gruff, abrupt and intolerant, not only in issues related to medicine, but to life in general. It is just these traits that make his character, his interaction with others, and the show so unique and appealing.

The doctor and the headmistress of the local school, Louisa Glasson (Caroline Catz), are clearly attracted to each other and despite their awkwardness, slowly develop a relationship, which has it's ups and downs throughout the series.

There are very few TV shows that I get upset if I miss an episode, Doc Martin is one of the exceptions. You get to know the characters, many that have been in the show from the start, like Bert Large (Ian McNeice), plumber, odd job man, restaurateur and likeable rogue. Apart from Doc Martin himself, my favourite character would have to be PC Joe Penhale (John Marquez) who is the town's well meaning though bumbling police constable. He is seen as somewhat the village idiot and not taken seriously by the community, especially Doc Martin. His character does create a lot of the humour in the show, but I do sometimes feel sorry for him, as I'm sure you will too.

Although there is a lot of comedy sprinkled throughout, it is often the drama that makes it a must watch, and how Doc Martin always manages to come through in the end despite his seeming indifference and impatience. Each episode tends to also focus on one or more medical conditions with the doctor describing the symptoms and treatments necessary. So I find this very informative and educational.

I have enjoyed every episode and have the dvd's of the first two series. I do feel however that Series Six (the final) is the best of all. I'm hoping the producers change their minds and decide to make more in future.

I have only included the characters who have been in the show from the first episode and still in the cast, or those who have been introduced later and play an important role in later episodes.

Have you heard of the Britsh TV show Doc Martin before? 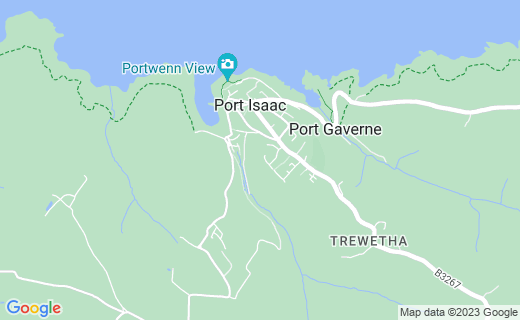