I work in the modeling and film industries, and I like to share insights into both businesses.

If you are looking for a movie to share with someone special, Dolphin Tale is a good pick for the whole family. Sure it is a “family-friendly” movie, but the story is about overcoming mental and physical obstacles. It is a film that quickly wins your heart because you immediately become intrigued by the inspirational story.

The film centers on a true story about a boy (Nathan Gamble) named Sawyer and his friend, Winter, a dolphin whose tail fell off after getting snagged in a crab trap. With the help of the boy, Winter was nurtured back to health by the Clearwater Marine Aquarium. Winter plays herself in the movie, which is pretty impressive.

The Blu-ray/DVD combo release includes several aspects of Winter’s story. The Blu-ray and DVD include behind-the-scenes footage of educational material. Imagine working with a dolphin, teaching her how to use a prosthetic fin – the first time - never been done. A Dolphin Tale is the best family film of the year – a movie worth watching over and over during the summer or Winter. I highly recommend

The behind-the-scenes featurettes are educational because you get to see how they developed the prosthetic fin. The first time for fish or mammal species, imagine working with a dolphin, teaching her how to use a prosthetic flipper. 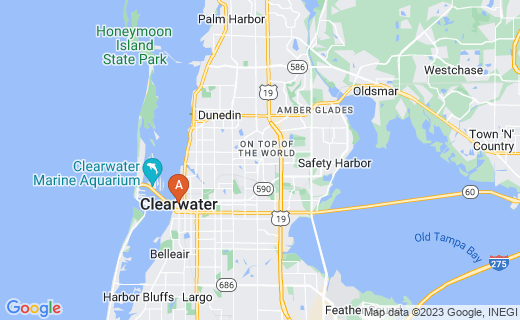 Dolphin Washes Up on the Beach

Sawyer discovers Winter washes up on the beach. He helps her, and the Clearwater Marine Aquarium's emergency response team arrives to help the injured dolphin by bringing her to the aquarium.

Sawyer is the movie's focus as we meet the Clearwater Marine Team led by Dr. Clay Haskett (Harry Connick Jr.) and his daughter Hazel (Cozi Zuehlsdorff).

Hazel and Sawyer become fast friends. We see the transformation of Sawyer into a more responsible person with a purpose in life. He changes from an apathetic boy with no real goal to a high-spirited action-packed person ready to help Winter. He has a strong desire to help her get healthy so she lives a long and happy life.

Winter is a camera charmer because she draws the viewers into her life. You cannot help but feel empathy for her plight. The animal is doing all the movements with and without the prosthetic fin – brilliant. For comical relief, the film has a puckish pelican named Rufus – he is hilarious.

The dialogue is genuine and moves the story along at a meaningful and fast pace. Never second-guessing if the story is real or spun from a simple story about saving a dolphin.

Sawyer and Hazel's dialogue formulates the difficulties of growing up with one parent but makes it light and easy to confront.

The writing is so good that the scientific discoveries developed and engineered through Dr. McCarthy take historical precedence in helping our animals on the planet.

Winter is a camera charmer; she draws the viewers into her life. You cannot help but feel empathy for her plight.

"Just because you're hurt doesn't mean you're broken."

Dolphin Without a Tail

AFI Lifetime Achievement recipient, Morgan Freeman, brings a whole new level to the movie. Cast as Dr. Cameron McCarthy, a military prosthetics doctor who is sufficient "out of the box" to make a prosthetic for a dolphin. We see an authentic Freeman character – adding the anchor to the whole process of developing a prosthetic fin for a dolphin. The McCarthy character formulates from two prosthetic makers who had the mind's eye to help Winter overcome her physical barrier. Both the Blu-ray and DVD offer "At Home with Winter" and "Winter's Inspiration" featurettes -- all the work that went into creating Winter's fin. It cannot go without mentioning that the prosthetics makers volunteered their time to design new prosthetics as Winter grows.

You can even visit Winter in Clearwater by heading over to Seewinter.org and viewing Winter live on the webcam.