Drive-In Movie Theaters: Past and Present

Nostalgia is a look at what we loved, way back when. Teri is a journalist who enjoys writing about life and the cool stuff of yesteryear.

Drive-in theaters … where families and couples could watch their favorite movies under a starlit canopy in the privacy of their automobiles. Although the number of drive-in movie theaters has dwindled in the past several decades, the genre continues to live on.

In 1932, Richard M. Hollingshead of Camden, New Jersey created the first outdoor theater by nailing several movie screens to trees in his backyard and placing a movie projector on the hood of a car. To determine if audio could be heard clearly in a vehicle, Hollingshead put a radio behind the screen to test the sound. He put ramps and blocks in his Thomas Avenue driveway to see how well cars could view the movie screens. In June, 1933, Hollingshead opened a drive-in movie theater with a 40-by-50 foot screen in a lot big enough for 500 cars.

Although the United States was in the Depression of the 1930s, more drive-in theaters cropped up in America, including; Orefeld, Pennsylvania (1934), Los Angeles, California (1934) and Weymouth, Massachusetts (1936). Drive-in theaters opened in Ohio, Maine, Florida, Rhode Island, New York, Texas, Michigan and Virginia throughout the decade. In 1941, in-car speakers with volume controls were installed in most theaters, improving the movie’s sound quality.

The Heyday of Drive-In Theaters

The late 1950s and 1960s were peak times for drive-in movie theaters. Built mostly in rural areas, the theaters advertised themselves as family-friendly places to bring children; most drive-ins had playground areas. Couples also enjoyed the drive-ins as places to watch movies and watch each other. Although in areas where cold weather exists and theaters could only operate up to six months out of the year, more drive-ins cropped up around the country; about 4,000 to 5,000 were operating in the United States through the 1960s.

Although the genre began to fade later in the decade, drive-in theaters were still popular in the 1970s. Historians say the popularity of drive-ins lessened with the emergence of new forms of entertainment such as video games and VCRs. Increasing real estate prices meant landowners were losing money if they used valuable properties for theater operations, thus, many drive-ins were closed with the land sold for housing, business and office complexes. Daylight Savings and the availability of first-run films were also factors contributing to drive-in theater closings.

During their peak of popularity and even today, drive-in theaters ran/run more than one feature each evening. Then and today, along with general operating expenses and because business owners must pay percentages to film studios, snack bar revenues made/make up the bulk of a drive-in’s income. Theaters advertise their concession stand goodies before, during and between features by what is called a “snipe”… a cartoon or live action clip. Some early concession stand “snipes” include "Let's All Go to the Lobby" and vintage advertisements of the 1950s and 1960s.

Drive-in theaters are still popular today but there are fewer of them, especially in the United States. Although the numbers are down and can vary from season to season, theaters were built or re-opened in America during the last couple of decades.

Some drive-in theaters, struggling with the exorbitant costs to replace outdated equipment, are seeking assistance through fundraisers and benefactors. Many theaters have their information online; providing location directions and information on movies and show times, admission fees, concessions' menus and radio frequencies.

Although some may not, many drive-in theaters allow you to bring in your own food. However (as a sign of the times), you may be required to pay a food-permit fee to do so -- typically around $5 per car. Theaters must pay a percentage of their ticket sales to the movie studios; owners depend on income from concessions to help balance the line between operating costs and profits.

Snack foods brought in from the outside mean fewer sales at the concession stand. Fewer sales at the snack bar means less revenue (and the bottom line is that, among other reasons, if a drive-in movie theater cannot make money, the business may shut down). Theater popcorn always tastes better than that microwave stuff you bring from home ...

Is There a Drive-In Theater Close to Home?

Well, there may or may not be an easy way to find out. Because there are so few drive-in theaters operating in the United States and collaborative websites may be outdated, your best option is to do an Internet search (with your ZIP code) or check out the Yellow Pages.

Some Internet sites -- if they are current -- may provide information on open and closed theaters so if you’re not certain whether a business is still in operation, call the number listed before planning a trip out there. Many drive-ins that are open for business promote themselves online; not only can you find out what’s playing on the Big Screen, but you can see ticket prices, food menus and outside-food fees, parking rules and the like. For example, if you live near Lancaster, Ohio, you can visit the Skyview Drive-In on the web. Chances are that if there is a drive-in theater in operation near where you live, an Internet search will take you there! 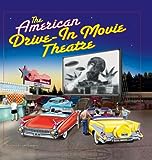 From generations of yesterday to movie-goers of today, drive-in theaters are a part of Americana!