Earn Money as a Film/Movie Extra

Andrew is a drama teacher with over ten years of experience. He has a teaching degree from Huddersfield University in the UK.

Ever wanted to be in on the act as a film extra in a t.v. or movie production? You can. It's quite simple to get a job if you're prepared to work hard, persist and say yes!

All you need to know about the world of the supporting artist (that's the official term) is right here. Learn about registration, how to sign up, what's involved once you're on set and the importance of being earnest.

I am earning money as a film extra. OK, I won't ever get rich but the job is a fascinating one and could be a stepping stone towards other roles within the business.

My experiences so far will give you inside knowledge on what it takes to be a film extra.

Yes, you can stand toe to toe with the stars, work alongside gifted directors and see your face on the screen but there's much more to being an extra. Any specialist skills you have such as dancing or singing or juggling could be helpful in landing you an individual role.

And never forget that without extras in the background action there just wouldn't be a film or t.v. industry as we know it.

So, as you'll hear on the film set, quiet please, get ready, turning, background action........roll cameras.

In the USA there are several decent agencies which help get work for extras or background actors so called. Here is one of the bigger companies:

You don't have to live in a city to be a film extra. If you're prepared to travel, anyone can become part of this exciting scene. All you need is determination, willpower and yes, on occasion, an upfront fee to register with the casting agency.

In the USA, UK and other countries there are several leading agencies specialising in the supply of extras for all kinds of production. From commercials to full blown Hollywood movies, they cover the whole industry.

All you need do is:

Some agencies don't charge an upfront fee but take a commission after you've done some work. Find one that suits your needs. I am with Universal Extras a UK based agency.

You don't need any acting experience to be a film extra. Most agencies will take you on if you have the profile they're looking for. All I needed was two good shots of myself, head and shoulders and full length, plus a fee for signing up. 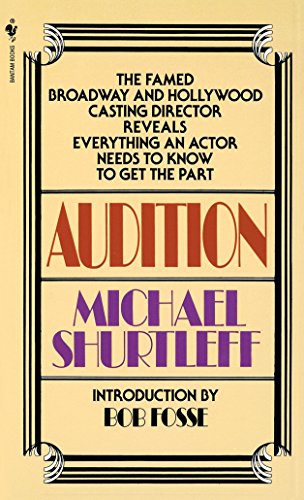 Next Step to Becoming a Film Extra

Once you're signed up and your profile is active the agency will then contact you as soon as a vacancy becomes available. Alternatively you can search for jobs yourself by using the agency's own job board.

Either way, your name will then be pencilled in and you'll be on the short list.

This is the time when the casting director and others will be looking closely at your profile and image - are you the person they want to play in a Victorian t.v. drama? Or a world war two movie? Or perhaps your face is perfect for the mini role of outspoken protester on the streets of London or New York?

I find this waiting time to be extremely exciting. Who knows what kind of role you'll get? You may be given the title of the production and the possible role you might play at this stage.

In the UK expect between 80£ - 100£ non union rates a day depending on hours and timing. Overtime will earn you more. Union rates are a little higher.

In the USA you'll earn between 55$ and 140$ depending on location and hours. Wages in cities like Los Angeles and New York will be at the higher end.

From Students to Retired Professors

Film Extras come in all shapes and sizes. They range in age from 1 - 90. Some are great actors in their own right, others are more down to earth, just doing a job. In my time as an extra I've worked with students, a dancer, artists, a social worker, a housewife, a professor (retired) and an older man who described himself as a latent thespian.

Advice, Info and Tips for a Film Extra

My first role as an extra had me dressing up in old Victorian clothes to work on the t.v. drama Houdini & Doyle, starring Michael Weston and Stephen Mangan. This was shot in the streets of Manchester, England and was a thoroughly enjoyable couple of days on set.

The thing that struck me most was the way in which everyone worked together as a team. There was a professional feel about the place.

I did feel a bit strange and nervous at first as we were dropped off on a main road, with members of the public giving us strange looks. It's not everyday a bunch of Victorian vagabonds and ladies come striding past.

But mild fear turned to excitement as the props and set came into view. This was more like it. I saw the lead actors with the director some way down the set. He was very quietly giving instructions to them, then waving his hand at a cameraman. A technician with a smoke machine started pumping smoke into the alleyway;a huge shire horse pulling a barrel cart was lead out of a warehouse. This was the real deal, a live t.v. set.

It looked fantastic. And there were so many people buzzing around the focal point of the scene - a hole where a dead body had been found!

I guess there were two dozen on set, apart from the actors, made up of directors (3), cameramen and crew (8), make up assistants (4), technicians (6) plus a clapper board man and a lighting and sound engineer! Lots.

You can imagine how excited I was when the assistant director, a young guy, waved us on set. There were ten of us. He gave everyone instructions. First extra walk straight across from the barrel to the door. Second extra push the bicycle from A to B. Third and fourth extras start a conversation. And so on.

I had to stand near a fellow extra, who was sitting on a wooden beer barrel, and make conversation when we heard the cue 'background action'. In addition we both had to react as we saw fit to the presence of a minister of the church who was trying in vain to sell us the Bible!

We rehearsed this scene several times, with speech, until the actual 'take' when we had to mime what we were saying.

It all fell into place. We were very close to the leading actors at this point as their scene involved them having a few words with the minister and then moving on, leaving us to continue our conversation.

Oh yes, I had to pretend to smoke an old clay pipe while all this was going on!

It was great fun, what with the horse, the old narrow streets and authentic props, the extras doing their thing, a man with a dog entering the fray (the dog it was who discovered the body) and the smoky supernatural atmosphere.

I loved every minute. At the end of day one I was asked to return the following day, an unexpected surprise. Obviously, I must have impressed the director with my supreme acting talents?

Being a film extra can be extremely rewarding work. You get to be part of a team, you meet new interesting artistic people, get to travel and learn about the film industry from the inside. Not everyone gets the chance to do that.

You won't make bags of cash but you'll have the satisfaction of knowing that you've played a part in a creative production, that might be shown on t.v. or the big screen.

I say have a go, grab the chance. If you have time on your hands or need some creative fun in your life why not be a film extra?