Eddie and the Cruisers: A 60s Philly Rock Band Makes It Big Before Their Lead Singer Disappears

A Sexy Leading Man, 60s Music, and a Mystery

Eddie and the Cruisers is a movie starring Michael Pare and Tom Berringer, based on a murder mystery by P. F. Kluge about the experiences of a Philly band in the 60's.

For fans of movies that feature catchy tunes, this one is a sure hit.

The story starts as investigative reporter, Maggie Foley, some 20 years later, sets out to unravel the mystery surrounding the disappearance and purported death of the band's legendary singer, Eddie Wilson. Eddie's disappearance coincides with the removal of the master tapes of the band's second album from Satin records, giving rise to speculation that Eddie did not die when his car went off the bridge. Maggie hopes that by talking to former band members, she can figure out what happened to the tapes and what happened to Eddie.

From there, the movie segues to when Eddie and the Cruisers play gigs at Tony Marts in New Jersey, where Eddie meets Frank Ridgeway, whom he calls Wordman. Eddie is a gifted guitarist and singer but he is no good with words, so he hires Ridgeway who plays keyboards and provides lyrics for the Cruisers, and with their combined talents, the band goes on to produce its first record containing original songs.

This first album, Tender Years, becomes a hit and includes On The Dark Side (which in real life became the number one song in the country on Billboard's Mainstream, Rock, and Heatseeker charts and reached #7 on the billboard Hot 100 chart.)

As the story progresses, a number of songs are performed by Eddie and the Cruisers (in actuality performed by John Cafferty and the Beaver Brown Band). The Cruisers spend a year working on their next album, A Season in Hell.

I want something that nobody's ever done before.

A Movie That Could Have Died But Didn't

In spite of odds that seemed stacked against it, Eddie and the Cruisers (1983), the story of a 60s rock musician, gained a huge following. Lovers of Jersey rock and music of that era could take a nostalgia trip and enjoy not only the music but the talents of Pare and Berenger.

Eddie and the Cruisers Cast

We ain't great. We're just some guys from Jersey.

A Second Album in the Works

After their initial success, Eddie pushes the band to produce a second album, A Season in Hell and this is when things take a downward turn. Eddie is seeking stardom and has far bigger aspirations than his band mates.

Then A Season in Hell is rejected by Satin Records. This is perhaps unsurprising as its inspiration stems from the dark poetry of Arthur Rimbaud.

All seems to be unraveling and the band is rocked when they hear that Eddie's car has crashed through a railing and plunged off a bridge. Although his body is never found, Eddie is assumed dead.

With the death of Eddie, the band breaks apart and the band members move on and live ordinary lives out of the spotlight.

Almost two decades later, Satin re-releases the Cruisers' first album and On the Darkside charts even higher than it did originally. This captures attention and soon, a television documentary is underway. Interest is ignited in uncovering the mystery around the disappearance of the master tapes for the second album.

All surviving original band members are to participate in the documentary. Band members relive memories and it's obvious they are all still haunted by events of the past. Sal fronts a tribute band.

Eventually, viewers learn what happened to the missing master tapes but... what really happened to Eddie?

For lovers of rock music, Eddie and the Cruisers is a classic movie, not only fun to watch but with catchy tunes, it's well worth listening to.

This movie introduced me to the music of John Cafferty and the Beaver Brown Band. I've enjoyed watching this movie again and again, not only for the strong character portrayals but for the toe-tapping music. If you like movies about early rock bands, this is a good movie for the home library, believable and interesting enough to enjoy every now and again.

Actors Were so Convincing, Crowds Thought They Were Seeing a Real Band

Michael Pare does a fabulous job of depicting the musically-driven and charismatic Eddie, and his lip syncing is so good that fans believed he was actually singing and that the Cruisers were a real band.

Perhaps, what contributed to this was that the actors who played in Eddie's band had to actually rehearse as if they were getting ready for a real performance. But on top of that, while John Cafferty is actually doing the singing, Eddie' s (Pare's) voice is such a match, it is hard to believe that anyone other than Eddie (Pare) is doing the singing.

When they played together, as a real band would, at a college concert, the audience went wild, with fans making a dash for the stage and for Pare.

Pare is definite eye candy but he brings far more to the table.

Eddie Singing On the Dark Side

Why This Movie Works

This movie works on a number of levels. There's enough of a story that viewers become invested in the characters, the plot, and the music.

This band was kicking around Jersey and was picked to provide the music. As viewers hear Eddie (Pare) talking, Cafferty's voice sounds just as Pare's would if he were singing, which has led many viewers to think it was Pare actually singing.

A Slow Start but Eventual Success

Unfortunately, while a number of studios were interested, a studio with purportedly no prior experience in distribution picked it up. On top of that a scheduling error resulted in a September release, so instead of the movie coming out during the summer of ’83, as planned, it hit the theaters after its target audience of teenagers was back in school. While the film grossed millions, it was still considered a box office flop and was pulled from theaters after a couple of weeks. Unfavorable and mixed reviews should have killed it. But...

Interestingly enough, the film has parallels to the movie. Like Eddie, the film all but disappeared, Like the Cruiser's and their music, the film experienced a resurgence of interest.

While initially slow to catch on, in the fall of 1984, once this story was released on cable television and via home video, Eddie and the Cruisers gained a following. Those who'd missed it in theaters now had a second chance. And when one of Cafferty's songs made it into a music video, the soundtrack album climbed the charts, cracked Billboard's Top 10 and went Platinum.

It is likely that with the right type of distribution and marketing, this movie would have become huge right out of the starting gate but it's later reception proved out the film's appeal.

The movie has continued to garner fans who have tapped into what director Martin Davidson was trying to recapture: the rock music of the time and the feel of that era. His careful attention to details to craft an authentic story, his careful selection of music, his having the actors actually rehearse and play as a band, all combined to produce a movie that hit all the right notes and touched a chord with viewers.

Have You Seen Eddie and the Cruisers? 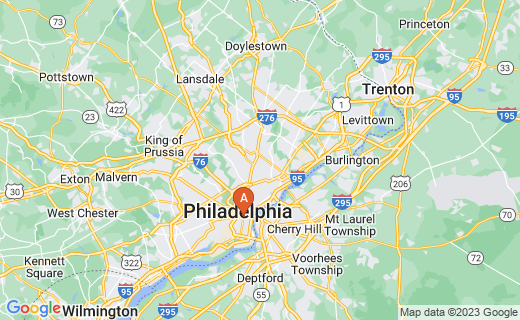