Drew Barrymore, the actress known mostly for her romantic comedies, is making her directorial debut in "Whip It." A story about a small town girl, Bliss Cavendar (Ellen Page), whom lives a very simple life working part time at a cafe, while doing beauty pageants to make her mom, Brooke (Marcia Gay Harden), happy. However, as Bliss and her best friend, Pash (Alia Shawkat), attend a roller derby, in Austin, she gets inspired to join the sport. As she follows her dream down the path of success and failure, she ends up finding herself on a journey of self recollection. Ellen Page did a great job on this movie, as she not only portrayed her character with a sense of innocence and charm, yet a bit naive about life. The best way to describe her character is that Bliss is like Dustin Hoffman, from "The Graduate", she's unsure what exactly what she wants in life, yet she knows that the life everyone wants for her isn't the one she wants. For those simply expecting this film to be another "Seabiscuit" or "Rocky", then you'll be sadly mistaken. This film is more about a young girl trying to find her own way in life, as she makes a few mistakes along the way but in the end, realizes that nothing is more precious than following your heart. Needless to say, Drew Barrymore did a fantastic job directing this film as it had just the right amount of humor, drama, and action when necessary to carry the story. Indeed, if "Whip It" is any kind of indication of Drew's style of directing, then I think we can all look forward to seeing more great movies like this in the future. "Whip It" is an inspirational film that will capture the hearts and lives everyone who sees it.

Ellen Page showed Hollywood she was not just another pretty face, in "Juno", and reconfirms it with "Whip It." At the beginning of the movie, Ellen Page portrays her character with a strong sense of shy innocence, throughout various parts of the film. Wanting to live her own life, but just not too sure where to go. However, she does have a bit of a rebellious streak in her as dyes her hair blue, at the beginning of the movie, during a beauty pageant on account of a dare by her friend, Pash. However, once she joins the Roller Derby circuit, her whole life begins to change. As the young girl not only gains new found confidence in herself, she also learns what it means to follow your heart. Making a few mistakes in relationships along the way, like we all do at times. However, like all underdog style stories, she manages to put things together in the end. Making her transition from the shy "girl next door" type with a bit of mischief in her, from the beginning of the movie, to a strong confident young girl so naturally, it allows the audience to buy into the storyline as they can't but root for our young heroine.

Even Alia Shawkat was brilliant in her role as Bliss' best friend, Pash. Adding a subtle comedy relief to film as well as somewhat of a conscience to Bliss. As Bliss at one point allows success of her new career go to her head, as she neglects her own family and friends due to her new career. Causing severe tension to build up between the two characters.

As I've stated earlier, Drew was nothing short of being brilliant, in her directoral debut. Mostly, known for her romantic comedies, she manages to put together a film that's very inspirational, but sometimes a bit humorous at times. Adding just the right amount of "tongue and cheek" touch to it, that makes these characters not only authentic, but genuine as well.

Sure, the film can be a bit predictable at times and comes off with a few minor cliches. However, the intriguing characters and direction more than makes up for it.

Featuring strong performances and a solid story line, despite it being cliched a bit. Plus, Drew does a great job creating just the right tone for the movie. If "Whip It" is a sign of things to come from Drew Barrymore, then I can't wait to see the next film she directs.

For those wanting to know more about Roller Derby 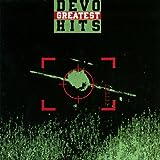