Would you believe me if I said Elvis has a connection to a 200 hundred year old French art song by some guy nobody’s ever heard of? As unbelievable as it may sound, I can prove everything I’ve just asked hypothetically.

There are very few people who have not heard the song Can’t Help Falling in Love With You, and I was one of them. I found out about this song the day I watched William Wyler’s The Heiress with my mother. The main musical theme of this movie was worked by Aaron Copland from the song which Montgomery Clift sings to Olivia de Havilland during the early part of the film. My Mom’s main reaction was “Wait a minute, isn’t that an Elvis song?”. I have studied opera for more than five years and I recognized it as the art song Plaisir d’amour. Mom later played a recording of Elvis singing Can’t Help Falling in Love With You and sure enough, it was the same tune.

The melody of Can’t Help Falling in Love With You is basically a reworking of Plaisir d’amour, a song composed in 1784 by Jean-Paul-Égide Martini (1741-1816). What little is known about Martini presents him as a rather odd character: By birth he was Bavarian and was baptized Johann Paul Aegidius Schwarzendorf. He later moved to France and for some unknown reason adopted the French version of his first name and took on the very Italian sounding surname of Martini.

Martini obviously made whatever political moves he felt were necessary – or else he was just incredibly lucky: he started out as a musician in the court of Marie Antoinette; he then managed to easily survive the Revolution, and ended up composing music for the marriage of Napoleon to Marie Louise, the Duchess of Austria. Not much else is known about Martini’s life or works.

One possible explanation for his name change may be that he was trying to do homage to Giovanni Battista Martini (1706-1784), an Italian composer of sacred music. There is no knowing whether or not this was really the case: the works of both composers have become so obscure that the two men are often mistaken for each other. 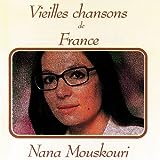 That is, the works of Jean-Paul-Égide Martini are obscure with the exception of Plaisir d’amour. This song is remembered for three reasons: opera singers who dredge up really ancient songs, William Wyler’s The Heiress, and Elvis Presley.

Can’t Help Falling in Love With You was written for Elvis by the songwriting team of Luigi Creatore and Hugo Peretti, with the help of George David Weiss. The song was released on October 1, 1961, and has since become one of the most popular love songs of all time.

Aside from giving the melody a more modern arrangement, they also changed the nature of the lyrics: Can’t Help Falling in Love With You is not by any means an English translation of Plaisir d’amour. The lyrics of the latter were taken verbatim from an 18th century novel called Célestine. The words portray a tragic and almost cynical view of love, claiming that the happiness is temporary and the heartache permanent (which in The Heiress turned out to be prophetic). Can’t Help Falling in Love With You is much more of a romantic ballad which simply says it may not be right, it may not last, But I can’t help falling in love with you.