Most Famous Korean Bands | Most Popular Bands in Korea

The best Korean bands today are in this hub. They are the most famous Korean bands of all time. No really, jk. lol The list of most popular Korean band millions of fans are screaming about. Meet them all here!

Since the opening of the millennium KPop has invaded dominantly in South Korea then eventually around the world where it even reached the Billboard Hot 100. Since then, in 2007 particularly, started the booming of KPop industry in Korea when numerous of Korean boy bands and girl bands were launched. It seems a non-stop showdown ever.

KPop stands for Korean Pop music that covers a wide variety of contemporary music including pop, hiphop, r&b, dance-pop, bubblegum-pop, house, electropop, and techno. Due to the big wave of success, Kpop became so popular not only in South Korea but also to other parts of the world. Korean bands performing in English and sometimes mix English and Korean, looks like the flavor will become our favorite for a while.

SS501 (pronounced as Double-S 501 or Deo Beul E Seu Oh Gong Il in Korean) The first “S” stands for “Super”. The second “S” is an abbreviation for "Star". The number 5, 0, and 1 means "five members united as one forever". Ok, there’s really something behind every band name, huh :) The band is managed by DSP Entertainment, a famous entertainment media agency in Seoul.

The freshly launched five teen group, Shinee, are so young yet have already proven they’ve got what it takes to be on top of the music scene. With their awesome looks and lovely voice, they already won numerous awards plus they have marked Korea with their “Shinee Trend” for being great fashion icons of the new world. Onew, Jonghyun, Key, Minho and Taemin are making standing ovation everywhere.

See my hub about Shinee and meet all the alluring boys. 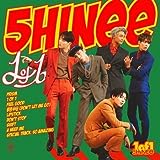 Definitely one of my favorite bands from Korea, Big Bang is oozing with talents. Big Bang is under YG Entertainment and has won big talent awards and such awards are really that Wow and Big! By the end of 2009, Big Bang became the most searched artist in South Korea. Time magazine described them as one of the "most promising" South Korean acts to venture into Japan while the Korea Times called them "the icons of Korean pop music. What I love most about this band is the way they adopt and revive few famous songs from renowned bands like This Love from Maroon 5…

Read as “to anyone” or twenty-one, is a band of four lovely talented ladies namely, CL, Bom, Dara and Minzy. Thank goodness, their names are easy to remember. Their first hit was from the song Lollipop from the LG Cyon commercial. This group tops the Korean music chart, too. Some fans love to request English known songs from various English celebs like Rihanna and others.

Read more about the awesome 2ne1.

Super Junior is formed under SM Entertainment. It has 13 members, whoa! Basically, Super Junior is one of the largest boy bands in the world. The group consists of Leeteuk (leader), Heechul, Hankyung, Yesung, Kangin, Shindong, Sungmin, Eunhyuk, Donghae, Siwon, Ryeowook, Kibum and Kyuhyun. Apparently because it has too many members, the band was divided into sub-groups like Super Junior Happy, Super Junior T, Super Junior M, and Super Junior KRY.

Shinhwa is the Korean word for myth or legend. The group has six members, 3 vocalists and 3 rappers. Members are Eric Mun, Lee Min Woo, Kim Dong Wan, Shin Hye Sung, Jun Jin and Andy Lee. Shinhwa has achieved so much success and awards and they became the longest running boy band in South Korea because they’ve never been disbanded yet.

Shinhwa Trivia: A star was named after Shinhwa in 2005. In order to commemorate its launching, USC Korea, the official Korean partner USC (Universal Star Council), an American website that provides services for registering names for stars in the sky, offered a star to be named after them. The star is among the Aries constellation. Ironically, it matched the debut date of Shinhwa which falls on March 24, 1998. The star Shinhwa is the brightest among the more than 2 thousand stars with Korean names that can be seen with the naked eye. The star is best seen in November --wikipedia

An acronym for Tong Vfang Xien Qi, wonders what that means lol. In South Korea, they are known as Dong Bang Shin Gi, while in Japan as Tohoshinki. Their name means "The Rising Gods of the East." The band has five members, Xiah, U-Know, Hero, Max and Micky. This group likes singing acapella too. TVXQ became so popular that in 2008, they made it in the Guinness World Records for having the world's largest official fan club.

T-max was a all-male-trio band whose members were Sin Min Chul (vocalist), Kim Joon (rapper) and Pak Yun Hwa (vocalist). They performed the soundtrack of the hit manga series Boys Over Flowers, entitled “Paradise.” The group member, Kim Joon, was one of the lead casts of the said show. Park Yun Hwa left then Hanbi and Chanyang joined T-Max in 2010. Now it has four members.

Trax is a Korean rock band. I like rock once in a while. This band is one of the top screamo bands in Korea. This band had four members but soon they became only three. Trax stands for “tracks” and also stands for the first letter of each member's stage name (Typhoon of the Rose Attack on Xmas) Ow, isn’t it quite interesting how to learn making band names? Lol Wow, they rock!

Which would be the best Korean Band for you?

Vote for your favorite Korean band here. See the best and the top famous Korean band.

Other Kpop bands that were and are going on top are 2pm, Beast (B2ST), SNSD, Dragon N Tiger, Wonder Girls, Epik High, Xing and MBLAQ. So who are your top ten Korean bands?

Have your your own Hubpages now. Sign up here