Headlines of The Preppy Murder

Jennifer Levin On The Last Night of Her Life

Chambers Hours After the Murder With Scratches on His Face

Shawn Kovel at the Time She Met Chambers

In 1986 the death of Jennifer Levin was dubbed "The Preppie Murder". Her killer was the strikingly handsome Robert Chambers. The case fascinated the public due to its attractive people involved, and the ultimate shock that a murder took place in central park, not due to a robbery, but due to some crazy story of sex getting out of hand. The media presented the case at the time as spoiled rich kids with too much money, however, the facts were skewed tremendously. Robert Chambers was not from a wealthy family, he simply looked perfect, and and presented the ideal image of a handsome son in prep school when he was dressed up for court. His appearance led to many to make completely false assumptions about his life.

Chambers no Mitt Romney. He was not on his way of achieving a business or legal education, and those close to him did not see Robert Chambers becoming a success in any way. He was unemployed, out of school, battling substance abuse, and going nowhere when he wondered into Dorrian's Red Hand in 1986. Chambers was dating Alex Kapp but since she was not with him he spotted Jennifer Levin sitting with a group of friends. Robert told one of Levin's friends that Jennifer was the most beautiful woman he has ever seen. He was simply playing around behind his girlfriends back but Jennifer was deeply flattered and romanced by that line by Chambers and it immediately sparked a fling between Robert and Jennifer. Chambers was content to see Jennifer when it was convenient for him, but Jennifer believed that she was in love with Robert. For two months they saw each other privately.

Then on August 25, 1986 Jennifer stated to some friends that she wanted to go by Dorrian's and see if Robert Chambers was there. Chambers was sitting there indeed, at the bar with his girlfriend Alex who was now suspicious of Robert and believed that he had a secret girlfriend. Apparently, Jennifer, in a desperate attempt to win Chambers back, and perhaps a sneaky desire to cause a rift between Alex and Robert, walked up to him and said, "I just wanted to tell you that the sex we had was the best that I have ever experienced." Robert quickly told Jennifer that she shouldn't have said that and a fight broke out between Robert and Alex with the humiliated Alex Kapp publicly breaking up with Robert and leaving Dorrians. Jennifer was unhappy,and complaining to friends that Robert was not paying her attention. At one point she sulked, and Jack Dorrian himself asked her what was wrong. She told him that she was in love with Robert Chambers to which, knowing that Chambers was both too handsome for his own good, and deeply troubled, stated, "you can to better than him."

Jennifer hung around until after hours. Robert was now alone and in a bad mood. As he left the bar Jennifer walked out with him. She was trying to get him to forget about Alex and wrangle him into a tryst, but Chambers was both intoxicated and moody due to his breakup. Jennifer did seduce Robert by stopping under a tree in Central Park. Some sexual activity developed between the two and that is the last that is known. Chambers statement that they were having "rough sex" and that he accidentally killed Jennifer in the act with one swift move is the only explanation of what happened to Jennifer.

In the early morning of August 26, 1986 a jogger spotted Jennifer's body cruelly exposed. Her top was hiked up above her breasts and her mini skirt was off. The body had bruises and scratches. Chambers, in shock, was close by watching the police investigate the body. It was not long before Chambers was being investigated himself. The police were shocked to find nasty scratches on his face and torso. Chambers claimed that his cat had scratched him. But when Chambers was taken in for questioning he began to tell his story of rough sex and an accidental murder.

The interrogation tape of Chambers delivering his kinky tale of accidental death made headlines, and was played on all the major news channels. The Preppie Murder Case was the hot topic of its day. While Chambers was out on bail, he hooked up with another girlfriend, beautiful model, Shawn Kovell. She was very much like Chambers in that she was the product of a broken home, had little money, but was blessed with natural beauty.

Chambers ended up serving 15 years for man slaughter, and unbelievably his girlfriend remained faithful to him throughout. They are now both well weathered and dilapidated but have somehow stayed devoted to each other for over twenty five years.

Kovell in Her Glamorous Modeling Days 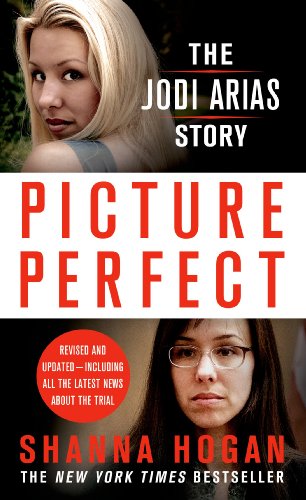 Jodi Arias and The Fatal Attraction

When Jodi Arias was arrested for the brutal murder of her ex boyfriend,Travis Alexander, the country took notice. This was a story that all could have a field day with. The beautiful blond, the handsome man on his way to great wealth; not to mention the Mormon religion, and kinky sex. The 1980s media feeding frenzy of Robert Chambers and Jennifer Levin and the "rough sex" suddenly seemed tame and and innocent by comparison to the risque dirt that would come from this sordid love gone sour story.

Jodi Arias had been rejected in her previous two relationships and was in a fragile state of mind when she met Travis Alexander. Jodi was in her mid 20s and desired a mature man who wanted marriage and family as much as she did. Travis quickly impressed Jodi in a long conversation the two had about their desires for the future on the very first date they had. When Travis revealed to Jodi how important marriage and children are. He was simply speaking of his innermost desires and his strong Mormon views on life, but Jodi assumed that Travis was looking for marriage and that if he was willing to date her, that he was considering her for a wife. Jodi quickly fell into the same routine that she had when hooking up with a new boyfriend. She initiated sex with the belief that it was the necessary step to working towards marriage. Jodi was never taught that men tend to use women for sex when they the woman delivers to so readily. She needed only to look at her past two relationships to see the familiar pattern. One man she dated was twice her age and strung her along sexually for four years with no intention of giving Jodi marriage and family. She soon realized in her relationship with Travis that this was not going to be easy. Travis was now getting free sex from Jodi and dating "nice girls" who were saving themselves for their future husbands.

Jodi was so enraged that she plotted to kill Travis.The very idea of another girl winning the prize that she had worked so hard for was unbearable. But Jodi had obviously learned something during the two years that she dated Travis because in the two months before she killed him she had began dating another man, whom she never had sex with. In fact, Jodi played the virginal, spiritual part so well that this man had trouble believing that Jodi ever had sex with Travis, and that she could have committed murder was unheard of.

Jodi's trial was red meat for the media. She had actually recorded one of her conversations with Travis in which they had phone sex. The entire courtroom was in an uncomfortable silence as Jodi's moaning and Travis' dirty talk were basted for all to hear. Jodi butchered Travis and used kinky sex as a defense much in the way that Robert Chambers had. But while Chambers claimed that he accidentally killed his victim, Jodi began saying that she was so sexually abused by Travis that when he began hitting her she blacked out and assumed that adrenalin took over. Because of the extreme violence that Jodi used to kill her ex lover she was found guilty and awaits a decision on life in prison or the death penalty.